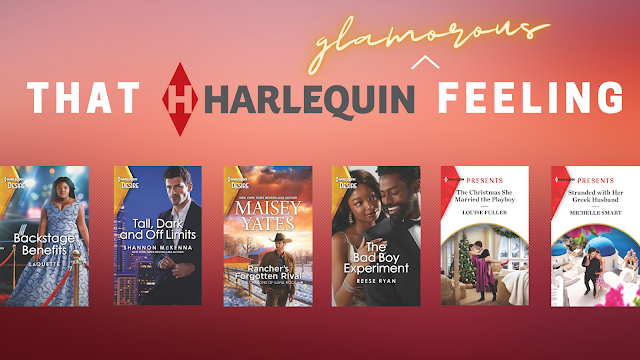 When show business leads to secret pleasures, how can they resist in this Devereaux Inc. novel by LaQuette.

Their daytime partnership sets the night on fire.

Who said they can’t have it all?

Lyric Smith didn’t become the nation’s most successful lifestyle guru by losing focus. Yet Josiah Manning, daytime television’s hottest—and sexiest—young Black producer makes her do just that. Publicly, Josiah wants Lyric to star in a new talk show. Privately, he’s headlining her sexiest fantasies. But when their explosive chemistry leads to complications instead of contracts, will Lyric find the ultimate partner to help her crush her rivals…or exit stage left alone?

Momma Says: 4 stars⭐⭐⭐⭐
Backstage Benefits brings us back into the world of Devereaux Inc. and it's just as fabulous as the first. I just love this couple, and the blurb hits it right on the head - Lyric and Josiah have some explosive chemistry, which is my favorite kind. Both characters are likable and their story is engaging and swoony. It's hard to stay vague when there are scenes I'm dying to talk about, but I'll keep those to myself for now. The story moves at a good pace and is just right for curling up in your favorite chair for an afternoon or evening, or if you can truly read just one more chapter, it's a good one for a couple of nights before bed. It's well-written and entertaining, and I just can't get enough of the world LaQuette has created with this series.
🞿🞿🞿🞿🞿

She seemed slightly dazed, and he couldn’t tell if it was because his hand was still lingering on her arm. He was a perfect stranger, and just because he was boys with her play cousin Jeremiah didn’t mean he had a right to touch her or barge his way all up in her mix.

He dragged his hand away. “I’m sorry, I didn’t mean to overstep.”

Josiah let his hungry gaze slide down her body, then brought it back up to meet hers. “If this is a hot mess,

then I don’t think the world is ready for when you get glammed up. You’re breathtaking.”

She nodded, smiling playfully as her laughter filled the cozy space between them. “You are a charmer, aren’t you? I bet all the Hollywood starlets fall at your feet when you pay them those kinds of compliments.”

He lifted a brow and pursed his lips. “You’d be wrong. I don’t pay compliments easily. And trust me, there’s no one in Hollywood that looks like you, so no, I’m not usually this charming.”

He could see the brown of her cheeks burn into a deep mauve as she blushed. “Then thank you,” she responded. “And on that flattering note, I’m gonna call a car and head home.”

“Call a car?” His question stopped her mid-turn. “You didn’t come in your own?”

“No, my cousin Amara and I had business earlier, and I hitched a ride with her. But as the family lawyer, there’s no way she can leave now.”

“Then let me take you home.”

Her cute smile as she dipped her gaze and blushed again tore down all his defenses. As a producer, he was around beautiful women all the time. But none of them disarmed him the way Lyric did.

“Is ‘take me home’ just an offer of transportation or a euphemism for sleeping with me?”

He wasn’t thinking with his head at the moment, so he simply said, “Whichever you want it to be.”

He braced himself for the slap he knew he deserved. But it never came. Instead, she stepped closer to him, filling his senses with the light fragrance of citrus and coconut she wore.

“Take me home, and I’ll use the duration of the trip to decide.”