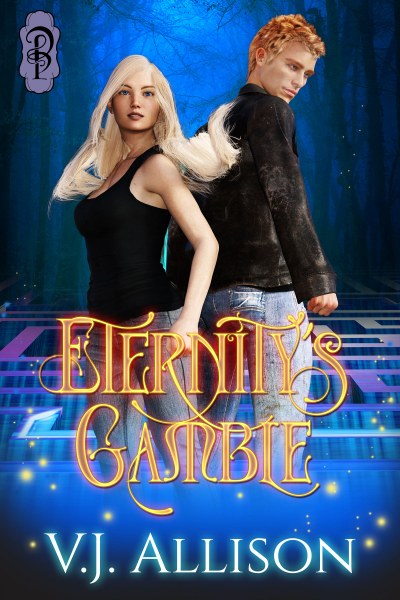 Can love beat the odds, or will the dice decide their fate?

Expecting the usual entertainment at the local Nova Scotia exhibition, Charles Hazard is less than impressed by the secluded corn maze his long-time friend and secret crush, Tiffany, drags him to. The repulsive state of decay, and the creepy dummy guarding the entrance of the maze have Charles anxious to leave, but his sense of self-preservation wars with his desire to make Tiffany happy.

Tiffany Morrow doesn’t think much of the tarot card reading she had only days before the annual exhibition, and has all but forgotten the prophet’s words and how she drew the Death card when she comes across a spooky corn maze. There’s only one person she wants to explore the stalks with. She’s been in love with her best friend, Charles, for as long as she can remember. His level head, introverted tendencies, and unique ginger sexiness call to the most intimate parts of her.

Their fun quickly takes a dark turn when the maze morphs into a game of life or death. From a quiet sunflower field, to a treacherous walk across a volcano’s cone, to an encounter with a creature out of horror legends, each roll of the dice forces them to work as a team or perish in a way they most fear.

Amidst the danger-filled labyrinth, they delight in small, stolen moments and find the soul mate they have been searching for. However, as with most games of chance performed at a devil’s will, there is more to this sport than there appears. Could they really be the only ones within the walls of their confines, or are other creatures lurking?

In a terrifying twist of fate, their chances at forever could be ripped away from them by a single roll of the dice…

Victory may linger out of reach, and a curse of eternal agony and loneliness could be their fate. Or, just once, the dice might roll in their favor. But what are the odds of that?

Eternity’s Gamble is a friends to lovers paranormal horror romance. 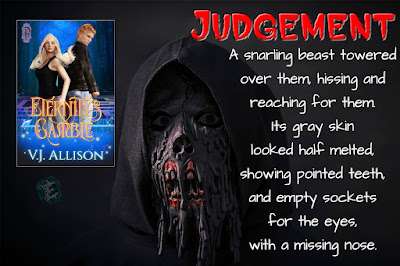 Tiffany felt like she was crawling out of a black hole. Each time she went forward, she was dragged back a step or two. A scream was wedged in her throat, her mouth dry, and her arms were cumbersome.

Light appeared as a slit that grew slightly larger, stabbing her eyes. Agony flooded her head, and iron spikes drove into her back. She squeezed her eyelids shut, hoping to block the searing torture in every cell of her body. A screeching echoed in her ears, raspy, akin to the soundtrack of a horror movie.

No. Waking up meant pain and anguish. The silence of oblivion called to her. She drifted toward the peace it offered.

A hard shove made her shoulder ache. “Tiff! Wake up! We have to get up,” the voice commanded sharply. It was male and familiar. But who was it?

Her throat was on fire. Why was someone screaming? She tried opening her mouth but it was already ajar.

As awareness flooded her brain, the screeching became louder, more coherent. With a start, she realized it was her voice she was hearing. She scrambled around with a hand, looking for something—anything—to grasp and help her come back to reality.

A strong hand grabbed hers. “Open your eyes.”

Charles. What was he doing here with her? And why did she hurt so much? She shifted from her stomach to her side, and felt grass against her bare arm. Why was she lying on the lawn? Her last memory was going to the exhibition with Charles, and they were walking toward the show rings—

Her eyes flew open as the image of the hideous monster they had encountered flooded her mind. With a loud shriek, she flew to a sitting position. Nausea burned her mouth, stomach, and throat. The vision wouldn’t leave her mind.

She quickly turned her head and gagged. Whatever was left in her stomach came up, and it tasted horrible.

Charles patted her back and held her hair off her face. Disgusting. She hadn’t vomited that hard since the last time she was drunk, after having a few too many strawberry Jell-O shooters during the Canada Day party at their mutual friend Erica’s house.

“Sorry,” she mumbled and wiped a hand across her mouth. She would kill for a glass of water, but a glance around the room showed nothing but bare yellow walls, grass beneath her, and an odd-looking door covered in bright-green foliage with corn stalks and a few live ears of corn. There was a pink hue close to the ceiling.

Higher up, the hue became brighter. The word START was flashing at them in four-foot-high pink neon letters.

Acrid bile and gravel hit her tongue again. “Start? What does that mean?” She grabbed Charles’ hand, and her anxiety eased a little when his fingers entwined with hers.

He looked like she felt. His face ashen, his blue eyes looked tired, and dark circles ringed his eyes. His red hair looked like it hadn’t been combed in a few days, and his lips were as white as his cheeks. Hell, even the smattering of freckles across his nose seemed muted. His other hand was fisted, and there was fear in his eyes.

You were chosen. You drew the Death card. You will play my game! The deep, demonic-sounding voice echoed in Tiffany’s head. “The dummy. Didn’t he say we were chosen to play his game?”

Charles’ eyes widened. “Yeah, he did. But he didn’t tell us the rules.”

Tiffany scrambled to her knees. The room spun. She shook her head to clear it and managed to get her feet under her. “Surely there’s a rule book around here somewhere.” She bent over and slid her hand around the bottom of the wall, along the crease between it and the floor/ground. All she got was a handful of grass.

Charles sighed. “I checked. There isn’t.”

She stood and managed to stagger over to one of the corners. Nothing visible in the corner seam, but that didn’t mean anything. He could have easily looked with his eyes and not felt around like she had. Some days, she wished he wasn’t so damn cautious. It drove her crazy seeing him stick a toe in the water instead of jumping in full force. She felt along the seam as high as she could reach and down to the floor. Nothing but smooth walls of an unknown material met her fingers. “Did you actually touch anything?”

“No, but something fell out of the ceiling when I woke up.”

She turned her head to stare at him. “What was it?”

He sighed and lifted his hand, opening the fist. On his palm lay two black dice. The dots, totaling five, were glowing fiery red. His arm trembled. 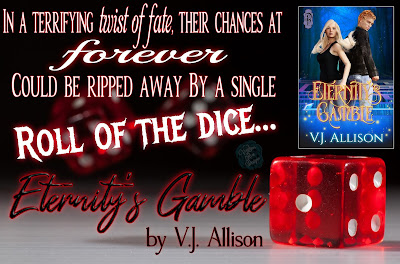 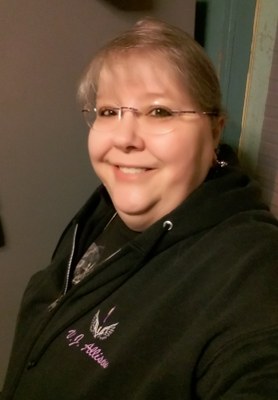 V.J. Allison was born and raised in southern Nova Scotia, Canada, and her work reflects her strong Maritime roots. She is a stay-at-home mother to a son on the autism spectrum, married to the love of her life, and “mama” to a rescued Maine Coon cat named Marnie. She has been writing various stories of novel length and short stories since her school days, and sees writing as a vital component to her life.

Her first paranormal/horror romance, Eternity's Gamble, was released by Decadent Publishing on October 1, 2021.

​​​​​​​On January 4, 2021, she released her first independently published story, COVID’s Arrow, which had been previously released in the Together We Stand charity collection of stories about essential workers.

​​​​​​​This self-proclaimed geeky rocker chick is a warrior and advocate for various chronic illnesses including Occipital Neuralgia, Trigeminal Neuralgia, Diabetes, Migraines, and Glossopharyngeal Neuralgia. She is also an advocate for the prevention of animal cruelty and is a voice for Autism Awareness.