Gemma Calvertson and the Forest of Despair Tour and Giveaway 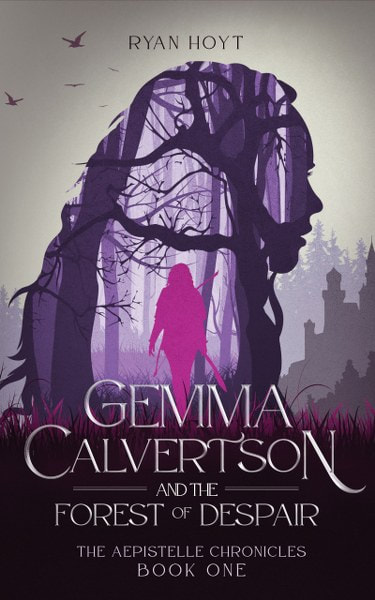 Gemma Calvertson and the Forest of Despair

Gemma spends her days studying a war her father fought in before her birth, but she realizes that not everything is what it seems. When she sets off to interview an aging hero, she learns about an emerging threat to the kingdom prophesied by the forbidden factions of magic and religion.

Since she can’t go to the officials without incriminating her new friend Richard, they must set off together on a journey through an uncanny forest to confirm and neutralize the threat. Can they forge new alliances and defeat the forces of evil without the use of magic or the might of a military?

If they fail, everyone they love will perish.

The Forest of Despair is the first book of the Aepistelle Chronicles, a new series of epic fantasy adventures following an emerging heroine and her team of sidekicks, including a witch with an army of children, a young homeless seer, a giant ogre, a boisterous stage performer, and an all-female crew of pirates.

It wasn’t as if Gemma Calvertson were some sort of chosen one foretold by the prophets. Nor did she have any particularly special skills that Abernath knew of, even if she was academically and emotionally intelligent. It was just that she was going to be in the right place at the right time.

Oh, and that wasn’t by chance, either.

Abernath had arranged the assignment in secret with Gemma’s boss, Garrod Hannon. Sometimes, even evil men can sprout consciences, hoping they bear fruit that make up for their insidious past choices. Abernath and Hannon were two of these men looking for redemption. The girl was a tool for making that happen, even if she didn’t know it yet.

Telman Abernath peered over the bannister of the fifth floor of the library, his usual perch as the head of the institution. Unlike many aged libraries, which were dark and dusty affairs, the Royal Library of Aepistelle was a grand place with many windows, including the glass-domed rooftop. There was an open, vaulted space between the mezzanine and the dome above the center of the fifth floor. Thus, natural light could shine upon all corners of the building, especially on the rows of tables that sat on the bottom floor.

That was where the girl, Gemma, sat nearly every afternoon as she engaged in her research. It was where she pored over massive tomes about the taxation rates under one king or another or compared historical accounts of the crown’s responses to famines and floods. Maybe the girl did have some kind of superpower after all if she was able to stay awake through all that. Her boss, Hannon, even said that Ms. Calvertson had it in her to become one of the great historians. That is, as long as she stayed within the narrow lanes afforded to her by the latest laws set by King Davin and his Royal Mystic Committee. So much was off-limits these days. So many books burned, so many lies sold as truths, and Abernath himself was regrettably part of it all.

Down below, one of Abernath’s assistants handed a note to Gemma. She startled at the interruption, read the note, and turned to look up at Abernath on the fifth floor. Within a minute, the girl had made her way effortlessly to the top of the winding staircase. Abernath opened the half gate that barred unauthorized entry to the library’s special collections floor. Up here, there were a number of books that barely made it past the restrictions placed on the Kingdom of Aepistelle over the last twenty-five years, restrictions just older than the girl herself. Some of these books contained limited information on the history and geography of the lands to the north; others were religious texts of some of the less dangerous faiths that had once been practiced in Aepistelle. Even these books had been carefully examined; all had passages redacted, and some were missing entire chapters. Abernath’s own hands were responsible for much of it.

“I was told you wanted to see me, Mr. Abernath,” Gemma said. She had been up to the fifth floor many times since she had started working for the University Press. It took a request from someone such as Hannon to even be granted access, let alone browse even partially unsupervised. “I don’t believe I need anything from the restricted archives today, but thank you.”

“Ah, yes, I know, Miss Calvertson. I’ll only take a moment of your time.” Abernath reached into his deep robe pocket and fiddled with the scroll hidden there. He pulled it halfway out and saw Gemma glance down at it. “I understand you are setting off on a big assignment for Mr. Hannon.”

“Yes, well, my good friend Hannon is very excited about the work you will be undertaking.”

Something caught Abernath’s eye across the corridor and one floor down. A woman stood at a shelf near the fourth-floor balcony with a book pulled halfway out of place, but she was obviously focusing her attention elsewhere, even if her eyes weren’t pointed up at Abernath and Gemma.

What a fool I am, standing here in the open while I incriminate the girl, Abernath thought. They’re already on to me—and on to her—and I haven’t even given her the scroll.

“Is there something wrong, Mr. Abernath?” Gemma asked.

Abernath shook off his thoughts, but the expression on his face was grave. He tried to force a smile as he shoved the scroll back down into his pocket, then wiped his brow with his empty hand.

“Uh, no, I’m sorry. An old man’s mind isn’t always the sharpest, even when surrounded by a lifetime of books. I just wanted to wish you good luck on your journey, and we look forward to seeing you take up your favorite seat in the study room when you’re back.”

“Oh, okay, thanks, Mr. Abernath. I should be seeing you again in a couple of weeks. Take care!”

The girl flashed a genuine smile at the old librarian, then went back through the gate and down the stairs to where her books awaited her.

Abernath looked back down to the fourth floor, but the strange woman was gone, and the book she’d been touching was still halfway out of its place on the shelf. The slight creak of the gate sounded, and Abernath turned toward it.

“I’m looking for the section on treason against the crown,” the woman said.

Abernath was taken aback. How could the Royal Mystic Committee know about the plan?

“I’m sorry, but you must have a referral to be up here,” Abernath said. Despite his years as the head of the library, he had never developed a voice of authority.

“I think you know of my commander, don’t you, Mr. Abernath?” The woman walked slowly toward the librarian as he stepped backward. “I believe you know of Sir Marin Allemon and the Royal Mystic Committee. Is that enough of a referral?”

“There must be a mistake. We do not have any books of interest to you here.”

Abernath’s hand crept back into his robe pocket as he backed into the bannister. He could just make out Gemma down below, gathering her materials and preparing to leave.

“I didn’t say anything about a book, you fool. It’s a scroll I’m looking for.”

The woman reached under her coat and pulled out a throwing dagger. At the same time, Abernath pulled his hand out of his robe. The scroll in his possession wielded much more power than the woman’s weapon.

He reached over the railing and dropped it at the same moment the woman released the dagger. Abernath slumped down against the banister, blade protruding from his left eye, as the scroll plummeted down through the sunlit rotunda. With his one remaining eye, Abernath watched as the rolled-up parchment landed on the marble floor just behind Gemma Calvertson.

The girl did not seem to notice.

Abernath’s mission appeared to have failed.

The heavy double doors on the first floor flew open. An unnatural gust of wind stormed the library. Books flew off shelves, papers scattered from the study tables, and patrons jumped to their feet in surprise. Abernath noticed that his attacker seemed to forget about him, and he managed to push away from her to get a better look.

He heard the sounds before he saw what made them. From the front door, from the unlit fireplaces throughout the building, and crashing through the domed windows above, thousands of pigeons swooped in and circled the library frantically. Abernath could just make out a figure emerging from among birds at the front entrance. It was a strikingly tall man.

“What sorcery is this, Abernath?” The woman from the Committee slammed her boot down onto the librarian’s left kneecap.

Abernath cried out in pain. His attacker lifted her foot and was about to hammer it down on the same spot once again when she was pushed off balance by a swarm of pigeons. She screamed as she fell on the floor next to Abernath and flailed her arms and legs at the birds.

Abernath looked back down to where Gemma was collecting her scattered papers from the floor. In the pile, unbeknownst to the girl, was the scroll. Abernath watched as Gemma hastily shoved everything into her bag. As she rose, ready to flee, the mysterious tall man set his hand on Gemma’s shoulder and appeared to speak a few words. The girl froze for a moment before walking calmly out the front doors of the library.

The blood was overtaking Abernath’s vision when he spotted the tall man again, now just a few feet away at the top of the stairs. Up close, Abernath could clearly see his features and chuckled, perhaps too joyously for a man in the last moments of his life. The newcomer was hairless but for the comically large handlebar mustache protruding from his face. He was dressed in a fine suit. He was, Abernath recognized, a priest of Solendaron. And if a clergyman of one of the long-outlawed religions was making such a bold attack in Capital City, then perhaps redemption truly was close.

Abernath’s remaining eye closed for good, but his other senses still worked for a few more moments. He heard the woman screaming, felt the wind created by the birds flying all around, and then the screams again, seemingly descending through the air to the marble floor below. He felt a warm hand on his shoulder, and a man’s voice spoke softly to him. 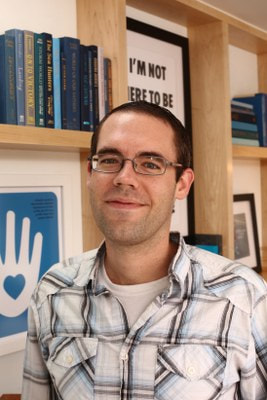 Ryan Hoyt is a San Francisco Bay Area native and has lived, studied, and worked there his entire life. His love for creepy and fantastic stories was nurtured early on by his mother, who let him watch the TV miniseries adaptation of Stephen King’s It at six years old.

Ryan's debut novel,Gemma Calvertson and the Forest of Despair, is the first book of the Aepistelle Chronicles series of fantasy adventures and releases November 1, 2021. A prequel novella,The Witch of Ferathan, is available now, and more will be released in 2022 and beyond. A post-coming-of-age short story, "Freddy Goodman (Ain't No Good Man)" is also available in eBook and paperback. The gothic horror tale Raventree Hollow follows in the summer of 2022.

Hardcover of the prequel The Witch of Ferathan

paperback of The Witch of Ferathan,

ebook of The Witch of Ferathan,