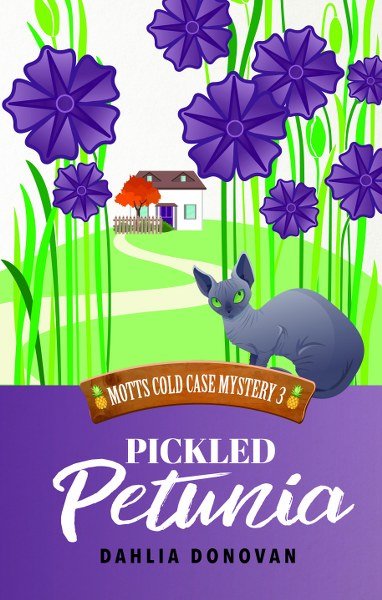 Mystery beckons when a young woman seeks out budding amateur detective Pineapple “Motts” Mottley to find her missing mother in the third novel of the Motts Cold Case Mystery series.

Murder comes to Motts’s doorstep when a stranger asks her to investigate a suspicious disappearance. Past experience tells her to say no yet her curiosity wins out. What’s the harm in asking a few questions?

The missing person case quickly evolves into murder when a body is found in the strangest circumstances. Motts sifts through various suspects and lies, only to come face to face with danger. Things become even more personal when a killer from her childhood makes an unwelcome appearance.

How many close calls can Motts escape?

Will she survive amidst a flood of beer and a catastrophic inferno? 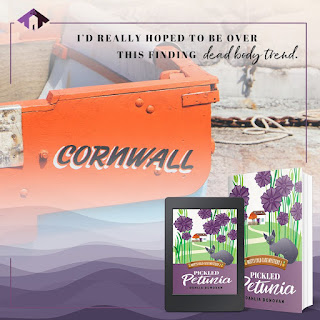 “I should probably rescue her from the deluge.” Motts went to answer the door. She didn’t know what to say. “Hello.”

That was normal, right?

“Can you find my mum?” her visitor blurted. “Please?”

That was definitely not normal.

Motts blinked a few times, trying to process the question shouted at her. “Pardon?”

“I should’ve called, shouldn’t I?” She shoved damp hair out of her face. “Mikey said you’re autistic and might appreciate a warning. I’ve just…. I’m desperate to find Mum. No one believes she’s gone missing.”

“I’m not the police.” Motts flinched when a crack of thunder crashed overhead. “Okay. Come inside. Everything makes more sense with a mug of tea. Mind the cat, he adopts strangers. Let me find you a towel.”

Motts waved her inside and pointed to the curious cat who’d come to investigate. “Cactus. Not prickly, mostly fuzzy. The kitchen’s down there. I’ll be a moment.”

Why would Mikey give her my name?

Mikey O’Connell had been the grandson of a woman found floating in the sea in June. Motts had discovered his brother and mum were behind the horrific murder. They’d stayed in touch after the investigation.

Grabbing a towel from the upstairs bathroom, Motts returned to the kitchen. She put the kettle on, grabbed two mismatched mugs, and dropped two slices of bread in the toaster. Everything would hopefully make more sense after breakfast.

“Here.” Motts offered the towel to her.

“Your auntie and my mum are great friends. I’m Paisley. Petunia Lee’s my mum.” She sat in the chair near the fire to dry off. Her whole body seemed to be shaking. “She works at one of the breweries near Looe. Her boyfriend said she left him a note saying she went on holiday.”

“But?” Motts opted for one of the non-caffeinated teas her friend Vina had brought over for her. A lovely blackcurrant-flavoured one that reminded her strongly of Ribena. “Could she be on holiday?”

“Mum’s not one to travel. I can’t remember the last time she took a trip anywhere.” Paisley began to towel dry her hair. She gratefully accepted the second one Motts handed to her. “She wouldn’t go without telling me.”

“Have you tried calling her? What about the police?” Motts wasn’t sure how she could help. “I’m not a detective. I make origami bouquets and quilling art for a living. Don’t think I’m the best first choice.”

“The police said she’s an adult. She can do what she wants.” Paisley huffed in irritation. She wrapped the second towel around herself. “Mikey said you’re great at solving mysteries.”

And never invited to the cottage ever again. 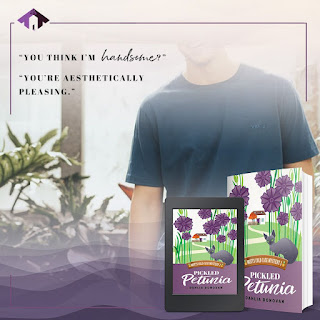 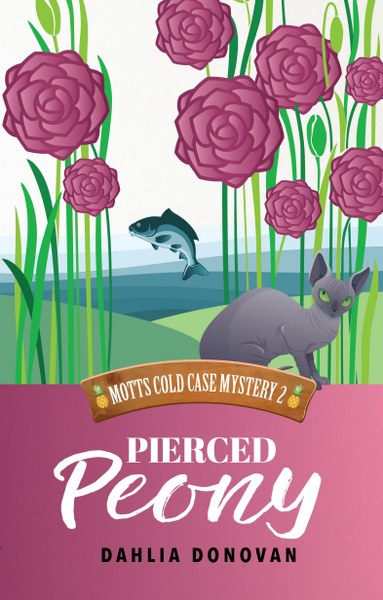 On a casual walk along the Cornish Coast, Pineapple “Motts” Mottley stumbles upon a body and a perilous new murder case in the second novel in the Motts Cold Case Mystery series.

As spring rolls into summer, Motts settles into her cottage. She’s enjoying a daily stroll when a body in the sea destroys her peace and quiet. It brings yet another mystery for her to solve.

How does a woman who vanished from Polperro three years prior wind up battered by waves?

Motts is drawn into the investigation despite her best attempts. She finds a family in turmoil and loads of suspects. With no easy answers, she tumbles further into chaos and ever closer to danger.

Can Motts find the killer before she’s the one put on ice?

Will she survive a bone-chilling brush with death? 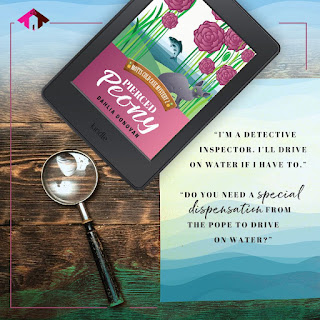 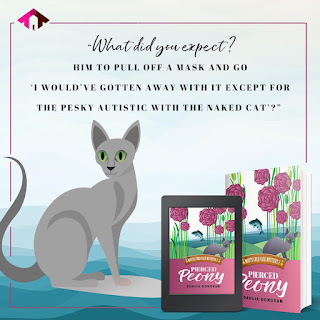 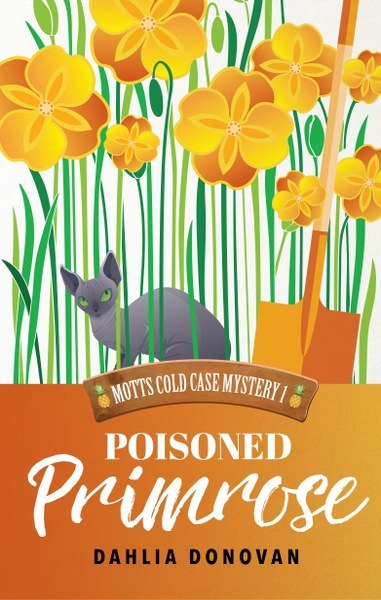 "Wonderful mystery with a unique and special heroine!" - A Cozy Cup of Murder
Meet Motts and the quirky cast of characters in her world. Poisoned Primrose is a quintessential cosy British mystery and an all-round fun story to throw yourself into.

Autistic, asexual, and almost forty, Pineapple “Motts” Mottley flees London with her cat and turtle to a quaint cottage in Cornwall. She craves the peace of life in a small village. The dead body buried in her garden isn’t quite what she had in mind, though.
Unable to resist her curiosity, she falls directly into a mess of trouble and runs head-first into the attractive detective inspector, Teo Herceg. She tries to balance her business with the investigation, but as the killer focuses on her, staying alive becomes trickier than advanced origami.
Will Motts survive the onslaught of murderously bad luck?
Can she solve the mystery before it all spins out of control and off a cliff? 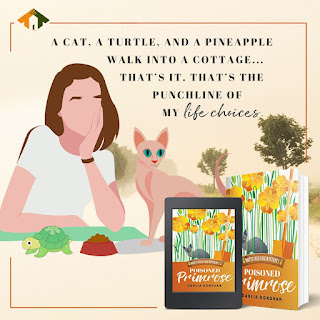 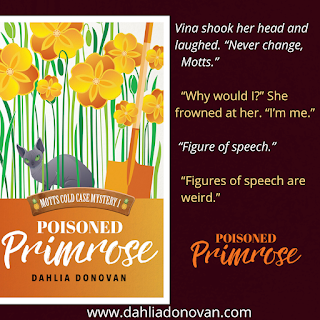