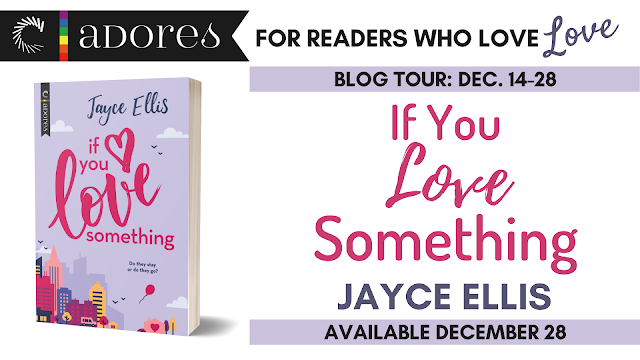 If You Love Something
by Jayce Ellis
Available December 28th! 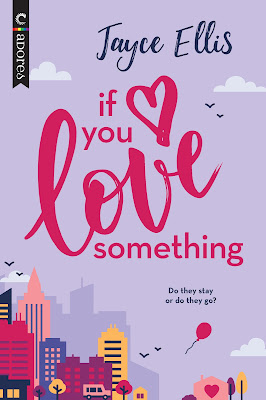 As executive chef at one of the hottest restaurants in DC, DeShawn Franklin has almost everything he’s ever wanted. He’s well-known, his restaurant is Michelin starred and he can write his own ticket anywhere he wants. Until his grandmother calls him home and drops two bombshells:

1) She has cancer and she’s not seeking treatment.

2) She’s willing half her estate to DeShawn’s ex-husband, Malik.

3) That whole divorce thing? It didn’t quite go through. DeShawn and Malik are still married.

And when DeShawn’s shady uncle contests Grandma’s will, there’s only one path back to justice: play it like he and Malik have reconciled. They need to act like a married couple just long enough to dispense with the lawsuit.

Add If You Love Something to your Goodreads!

Buy If You Love Something by Jayce Ellis

Momma Says: 4 stars⭐⭐⭐⭐
If You Love Something is a fake relationship romance - wait, it's a second chance romance - well, it's both, and it's a get you right in the feels kind of story from beginning to end. DeShawn and Malik have such good chemistry, which is nothing short of what I expect from Jayce Ellis. The story is a great combination of emotional, sweet, and sexy, and the writing is engaging and entertaining. True to form for this author, every character adds something to the story. Be it good or bad, there aren't many throwaway characters in Ellis's books. In this one, I liked most of them. I guess it wouldn't be giving anything away since the info is in the blurb - the only character I really didn't like was Robert, DeShawn's uncle, and we're not supposed to like him. To sum it up, this is another great read by Jayce Ellis. It's perfect for curling up in your favorite chair and whiling away a few hours or a solid choice for a weekend read.

I tried to ignore the increasing butterflies in my stomach as I pulled off 495 and wound through the streets of suburban Maryland. I’d never been all that interested in having a home in the ’burbs, but it had always been Malik’s thing, and I drove down the streets of named development complexes, past the recreational center, leasing office, and horses grazing in a pasture, before pulling up near the end of a cul-de-sac. Not at the circular portion, but only two or three spots down.

Next to me, Corey whined softly, and I ran my hand over his head. “It’s going to be okay, boy. Malik and his dog will love you.”

I hoped like hell that was true. I climbed out and walked around, unfastening Corey from his doggy seatbelt before leashing and walking him up the front steps of the house.

This was just a meet and greet. A chance for the dogs to get to know one another, and for me and Malik to have a real conversation about what we were doing without prying eyes watching our every move. It was one thing to play reunited lovers for the cameras, for the courts, but I knew without a doubt that Malik would be pushing this divorce through as soon as he had the opportunity.

What I also knew, what had become abundantly clear between receiving Grandma’s news, having dinner with her, and the meeting at Larry’s office? This, this right here? Was what I’d been missing.

Oh, sure, I’d acknowledged for years that I missed Malik with the fire of a thousand suns. That didn’t hold a candle in the face of actually being near him again, actually being able to touch him, to feel him. One look and I’d been ready to risk it all. Ready to say the hell with this entire career, if it meant I got to see that face every day for the rest of my life again.

But if I told Malik that? He’d probably laugh his ass off, not because he thought I was serious, but because he’d assume I was making a joke at his expense. It was his defense mechanism.

I took a deep breath, then rang the doorbell. The loud, deep barking from inside had Corey giving it back in spades, and I heard Malik’s exasperated sigh. “Calm down, Bruno. It’s okay, boy.”

Bruno did not calm down, and neither did Corey. He matched the growls on the other side of the door, his body going stiff and taut on my leash, warning Malik’s dog of his impending doom.

Malik unfastened the locks, and I could tell he was struggling to keep Bruno in line, only opening the door a crack before an absolutely huge mastiff nosed it open all the way. His position immediately changed, and the big lug sat down, panting.

I waited a few seconds, then unleashed Corey. He sniffed Bruno, who suddenly seemed more than willing to allow it. And when he was done, Corey let out a short bark, and Bruno took off toward what I assumed was the kitchen, my dog on his heels.

“Just like that, the best of friends,” Malik muttered.

I snorted. “All things considered, I think that’s a good sign.”

Malik’s eyes drifted to me, across my cheeks, lingering on my lips, down my neck. Then he closed his eyes, gave his head a little shake, and stepped back. “Come on in.”

It was nice to know I still affected him. I wanted to still affect him. I wanted him to want me as much as I had him the minute he’d walked down that dingy hallway and into the light. If the physical desire was still there, it meant I could work on everything else. Right?

I followed Malik through the open-concept layout and into the kitchen, pulling up a stool at the beautifully appointed island. A light gray granite countertop, white cabinets, all stainless steel appliances. An absolute bitch to clean, but for just Malik and the dog? Well worth it.

“Your home is beautiful,” I said, taking in the hardwood floors, the outside patio just a few steps away, the fireplace that I wanted to cozy up in front of, weather be damned.

How lovely would it be, to come home and recline on the couch with him, let him lean against me and read his favorite book while I thumbed through recipes? To have the dogs lying next to each other in front of the fireplace, or outside, or wherever.

A whole host of things I never thought I wanted rushed through me. And I blew out a breath to stop the tidal wave of sensation from overwhelming me.

I turned to face Malik, who was staring at me. “Thank you,” he whispered, almost like he didn’t want to break me out of my trance. I smiled again, then nodded toward his hand, which was holding a square plastic container. “What’s that?”

He looked down, like he’d forgotten all about it, then shrugged. “Brownies.”

I held my hand out, and he cracked a fraction of a smile before plucking one out of the container and handing it to me. Malik had been trying to perfect his brownie recipe when we’d separated. I took a bite and—yeah, he’d nailed it.

“This is exceptional,” I said, shoving the rest of it in my mouth and then holding my hand out for another one.

“So,” I said, forcing that thought out my head and focusing on Malik. “How do we want to do this?”

“I guess, I mean—” Malik stopped, closed his eyes and gripped the counter, then blew out a breath and looked at me. “At the end of the day, this isn’t about you or me. It’s about honoring Grandma and her wishes, and not let that lying sack of shit uncle of yours keep her from that. Right?”

“Right.” And it was right. Never mind that I’d nearly forgotten about it in the rush of pleasure that shot through me at seeing Malik again. But he was right, painfully so, and I needed to remember that.

Although, to be fair, it looked like Malik was having a hard time staying on task, too, but I refused to think about what that meant. “The dogs get along, and that’s half the battle.” He grinned and I nodded. Truth, and praise Jesus for it. “So I guess it’s just a matter of setting public and private boundaries.”

I raised a brow. “Are they going to be different?”

His eyes flashed. His nostrils flared, and his tongue darted out to wet his lips. I mirrored his movement and leaned a fraction forward, wanting to chase his tongue with mine. Malik cleared his throat, straightened, and stepped back. Fuck. Hadn’t meant to do that.

His voice sharpened. “Yes. When we’re in public, I’ll follow your lead. You know what plays well with the cameras. Whatever it takes to make us look like a happily married, happily reunited couple. But here?”

After a beat of silence, I prodded him. “Here?”

He raised a brow at me, then gave what I’m sure he hoped was a nonchalant shrug, but it was far too stiff. “Exactly that. That’s what we are while we’re here.”

I wanted to argue, to trample over every word he said. But that wasn’t the way I’d won Malik’s heart in the first place, and if I wanted another chance, disregarding his needs wasn’t the way to go now. I’d had a few weeks to accept that we were still married. I could afford to give Malik time to catch up.

But if he thought I was letting him go again, he had another think coming. 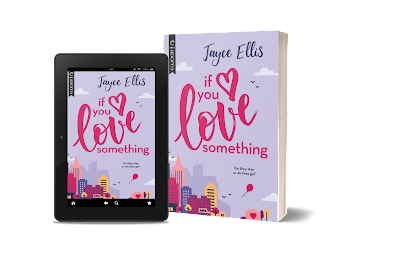 Jayce spends her days divorcing “happily married couples” and her nights writing about people like her: Black, queer, fighting for their happy-ever-afters, with her husband and two turtles by her side.