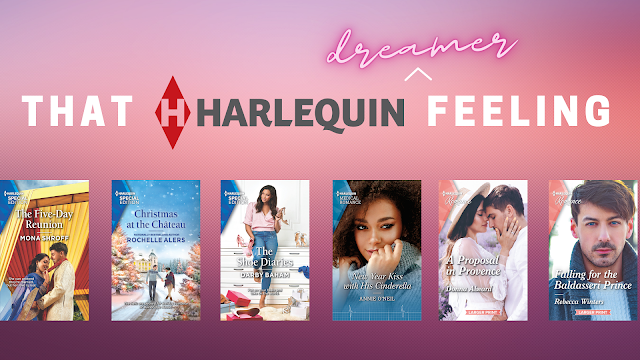 CHRISTMAS AT THE CHATEAU 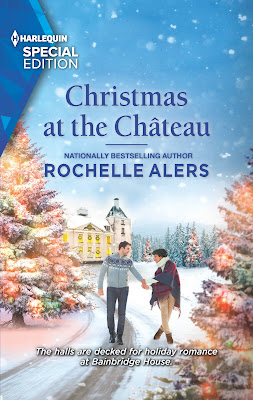 The halls are decked for holiday romance in nationally bestselling author Rochelle Alers's latest book in the Bainbridge House series! Christmas dinner’s on the table, and it's being served with a side of romance! Executive chef Viola Williamson has to have the kitchen up and running by the time the Bainbridge House restoration is complete. Working closely with Dom Shaw, Viola is struck by her hotter-than-mulled-cider attraction to her family estate’s handsome caretaker. It’s obvious that he feels it, too—yet Dom keeps his distance. Can Viola convince him that with all this cooking going on, he’s the only one stirring her heart?

Momma Says: 3 stars⭐⭐⭐
Christmas at the Chateau is a slow-burn love story and the second in the Bainbridge House series. If you're a foodie, this is the romance for you. Executive chef Viola needs to get the kitchen up and running in her family's chateau, so there's plenty of food talk. There's also plenty about the restoration of Bainbridge House. I haven't read the first book in the series, but I gather the restoration started there. That said, I didn't have any trouble following the story, so I'd say this can be read as a standalone. The romance is between Dom and Viola, and he certainly has his share of hurdles, but they both have trust issues to overcome. The pair does start as friends - well, after a hiccup or two - so it is a friends to lovers romance, and they're both likable characters who are easy to root for. All in all, this is an entertaining read with engaging characters, and I'll be interested to see who gets their love story next in the series.

Dom turned his head, successfully hiding the smile struggling to emerge. He didn’t know why, but he hadn’t expected to overhear the ribald curse that had flowed so effortlessly from Viola. “That’s good to know because that would definitely negate us becoming friends.”

Viola narrowed her eyes, reminding him of a cat ready to attack. “Do you always test your friends?”

“Because I have trust issues.” The admission had come out unbidden. But if he were completely forthcoming with Viola, then he would’ve said his distrust was with women. It didn’t matter whether they were platonic or intimate, he’d made it a practice to keep their relationships at a distance.

“Bad breakup with a girlfriend?”

“No,” he said truthfully. “It was a marriage that ended with irreconcilable differences.”

She blinked slowly. “Well, you’re not the only one with trust issues. And mine are not with an ex-husband but with the men I’ve dated. They say one thing and do something entirely different.”

This time Dom did smile. She’d just given him the opening he’d needed to discover more about her. “Are you saying you’re not currently involved with anyone?”

“That’s exactly what I’m saying. I’m not involved and don’t want to become involved. Right now, my sole focus is getting these kitchens renovated so that I can be ready once the hotel opens for business.”

It appeared as if they were on the same page when it came to relationships. Neither wanted one. And for him, it would make her presence on the property a win-win. Although he’d found Viola attractive, just knowing she didn’t want anything more than friendship would make it easy for Dom to relate to her as a friend.

“Do you have an idea as to what you want to offer your guests?” he asked, deftly changing the topic of conversation.

“That all depends on the clientele. If it’s a wedding, then that would be at the discretion of the bride and groom. However, for guests coming for a business conference, the food would be different from what would be served at a wedding reception. Then there are folks that may just want to stop by to hang out at the lounge for drinks and to watch sports. For them, I would have a special bar menu.”

“It sounds as if you have everything planned out in advance.”

Viola flashed a dreamy smile. “I would have to. I can’t afford to wait until we’re ready to open for business to begin creating menus without taste testing every item beforehand.”

Dom grinned from ear to ear. “I wouldn’t mind becoming one of your taste testers.”

She laughed. “I’ll definitely keep that in mind.”

Dom sobered. “When do you intend to come back here again?” 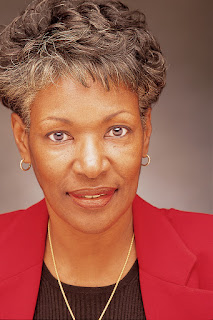 Hailed by readers and booksellers alike as one of today's most popular African-American authors of women's fiction, Ms. Alers is a regular on bestsellers list, and has been a recipient of numerous awards, including the Vivian Stephens Award for Excellence in Romance Writing and a Zora Neale Hurston Literary Award.  Visit her Web site www.rochellealers.com