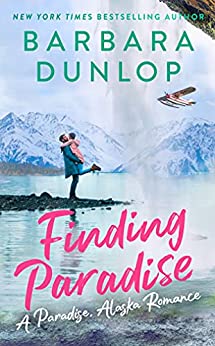 Passion heats up in Paradise, Alaska, for two people who couldn't be more different in this sweet, sizzling romance from New York Times bestselling author Barbara Dunlop.Accomplished Los Angeles lawyer Marnie Anton has always been sensible, but when her friend Mia Westberg asks for help with a ridiculous matchmaking project, she can't say no. The idea of transporting city girls into the small town of Paradise, Alaska, is so crazy it just might...work? Against her best judgment, she tags along. Having grown up in a family of intimidating men, Marnie developed a preference for the urbane lawyers and clients in her life in LA. But when she meets a mountain of a buff Alaskan man with an intriguing snake tattoo, intimidated is definitely not the first thing she feels.Conrad "Cobra" Stanford was skeptical of the matchmaking event from the start. Big-city women weren't adventurous, they were judgmental. They'd take one look at him and scorn his lifestyle, just like his first love did. Cobra planned to give the women a wide berth, but one of them won't be ignored. Marnie's everything that's wrong and everything that's right for him all at the same time. Just when he thinks he's got her pegged, she blindsides him with a startling past, falling into his arms and igniting his protective instincts and so much more....

Momma Says: 4 stars⭐⭐⭐⭐
I just love small-town romance, and when it's set in Alaska, I am completely unable to pass it up. Finding Paradise brings us back to the Paradise, Alaska series, and I enjoyed this one as much as the series opener, Match Made in Paradise. I'll go ahead and say now that this can be read as a standalone, but there are crossover characters and there's a continuing storyline - it's explained, but it is there.
Our romantic couple this time around is Marnie and Cobra, and they have some really good chemistry going on. There's a lot of push and pull between them, and I kept wanting them to just have a dang conversation but had that happened sooner, we'd have missed out on all the fun. It is a romance, but there's also adventure and excitement that comes with the location, so this one has a little of this and a little of that, and it all comes together wonderfully.
The Paradise, Alaska series is my first experience with Barbara Dunlop, and I'm liking what I see. The characters are likable, the stories are engaging, and I'll definitely be watching for the next book in the series.