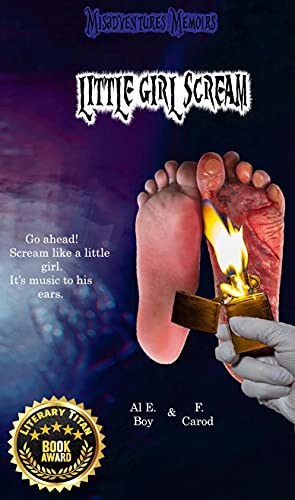 Absolutely nothing can compare to the Hotel Amatista, Cancun's premier luxury resort. The jewel in her family's chain of 5 star hotels, Sofia Hernández is in charge, and the young woman takes great pride when she hears guests remark the hotel makes them feel like they've died and gone to heaven. Unfortunately, that's exactly what's been happening lately, Young guests vanish, only to turn up the next day...abused, tortured...and dead. Sofia suddenly has her hands full dealing with police investigations, trying to ease her guests' fears, and doing her best to save the Amatista's reputation. And, with no way of knowing if the sadistic culprit is a hotel employee or a guest, stopping the killings will be no easy task. With the help of Dale Mathis, a visiting English professor, she is able to thwart further abductions and murders, but her interference draw the ire of the sinister mastermind who decides Sofia must pay for her boldness. To make matters even worse, her new friend becomes the number one suspect of the Cancun police.Little Girl Scream received the Gold Award for literary excellence from Literary Titan in July 2021.

Momma Says: 3 stars⭐⭐⭐
A disturbing cover and equally disturbing beginning set the mood for Little Girl Scream, and I'll admit that I was ready for an edge of my seat thriller. There were definitely times when I was on the edge of my seat, but my problem lay with the in-between. After that beginning, the story slows down quite a bit as various characters are introduced. Now, I have no problem with that - we need to get to know the players in this game - but with that came way more than I needed. There's a lot about the everyday workings of the hotel, and I get that it shows Sophia's stress, and some things are tied into the who, what, when, where, why of the murders, but I really didn't need to know every single employee problem she dealt with. I guess what it comes down to is the story felt wordy at times, and some of the mundane details only served to pull me out of the story. Then, there is the suspension of disbelief, and this book required a lot of that. It is fiction, and we can allow some leeway for that, but there is one twist, in particular, that was just a little too much for me. In the effort to keep this spoiler-free, I'll just say that it concerns Dale Mathis and his connection to certain aspects of the story. It was just a little bit too coincidental to be believed.
I realize that I'm in the minority here, but it is what it is. I think the story had great potential, but it lost me at various points along the way. I would say read the blurb, and if it grabs you, give it a shot. I read somewhere that no two people read the same book, and I believe that. But that's the beauty of reading, isn't it?