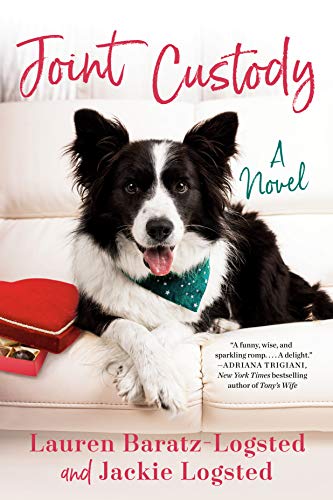 A mischievous dog takes matters into his own paws when his beloved owners split up in this offbeat romantic comedy. The Man has custody Monday through Friday, The Woman has custody on the weekends. But that's not enough for Gatz, who will do anything to bring them back together—even if it kills him. And it almost did. Of course he knows chocolate is bad for him, especially two whole pounds of it, but it’s the risk he’s willing to take to get them back together. Gatz knows that The Man and The Woman are perfect for each other—how can they not see it, too? She is an editor and he’s a writer. She’s a social butterfly and he’s as introverted as a guy can get.  After the misguided death-by-chocolate attempts, Gatz thinks he still has time. But when New Man—so handsome, so nice, so perfect—enters The Woman's life, he realizes he’ll need to step up his game. And you know what they say: drastic times call for drastic doggy measures. A laugh-out-loud romance that will touch your heart and make you want a furry friend of your own.

Momma Says: 4 stars⭐⭐⭐⭐
Joint Custody is told entirely from Gatz's point of view. Yep, the dog tells the story. Basically, what it all comes down to is Gatz getting in no small amount of trouble as he tries to get "The Man" and "The Woman" back together again. And he really knows how to cause some trouble.
While I wouldn't exactly call this a romance, it is billed as a romantic comedy. I'll split the difference and agree that it's a comedy. Gatz's story-telling is witty and fun, and there are plenty of laughs along his journey. I don't want to spoil it, but I will say that the ending surprised me at first. Then I thought about it, and it kind of made sense after everything that happened.
To sum it up, this first book in The Gatz Chronicles is engaging and I was thoroughly entertained from start to finish. It's well written, fast-paced, and Gatz is a terrific character.