Find Her Tour and Giveaway 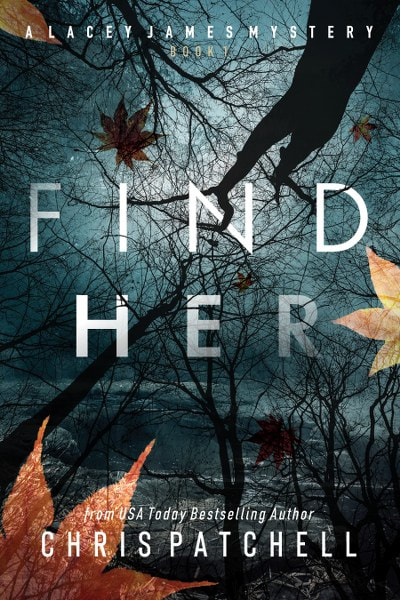 A simple heist at a hardware store uncovers a brutal crime spree leaving a police officer dead, several innocents murdered, and the small Oregon town of Sweet Home shaken to its core.

Veteran police officer Lacey James answers the call. The robbery suspect has fled, but the items she finds inside the car at the scene raise the hackles on the back of Lacey’s neck: a hammer, a tarp, zip ties, and a stolen gun. This discovery pushes her suspicions to an all-time high and has her questioning what dark and dangerous crimes this man may be involved in?

Eden Mills is smart, kind, and fun-loving. Not the kind to make enemies or run away. But Eden has a stalker, and when Lacey discovers that Eden is missing, possibly kidnapped, there is plenty of reason to fear the worst. As Lacey peels back the layers of the suspect’s crimes, her pursuit of the truth leads to unthinkable tragedy.

A colleague is dead. Her suspect isn’t talking. And time may be running out for Eden.

Can Lacey find her before one man’s obsession destroys more lives? 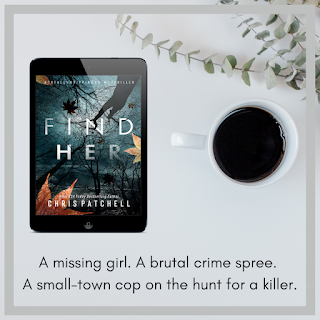 Sadie Gibbons knew trouble when she saw it, and it was right there in aisle four. Born and bred in Sweet Home, Oregon, she knew all nine thousand eight hundred and fifteen souls in town, and the man standing in front of the hammers wasn’t from around here. She did know that he’d been standing there way too long. Professional carpenters who treated their hammers with the same reverence that her second husband, Jimmy, lavished on his prized jigsaw didn’t take this long to make a decision. There were only four models to choose from for god’s sake.

But that wasn’t all. There was something about the way he acted that made the fine hairs on the back of Sadie’s neck rise. He stood there like a zombie, totally zoned out, as her grandkids would say. It just wasn’t right.

Oh, he was pretty enough. The oversized sweatshirt, ball cap, and sunglasses he wore couldn’t hide the fact that he was a good-looking man. Hell, her first husband had been pretty too, and he was a sneaky sonofabitch, god rest his poor departed soul. Like this guy. He avoided eye contact at all costs. And what was worse, he moved like he knew where the security cameras were placed and avoided them.

This wasn’t one of those fancy Home Depot’s where there were more security cameras than potted plants. That said, they weren’t entirely without eyes. Half a dozen cameras were placed at high traffic points providing a bird’s eye view of the store because in this day and age, you couldn’t trust anyone. Especially strangers. Why just a few months ago they caught a guy stealing a chainsaw. A goddamned chainsaw. Not exactly the kind of thing you could hide under one of them hoodies.

Sadie kept her eyes pinned on the stranger, not wanting to miss a single thing. But then the telephone rang. She heaved a heavy sigh. The phone was on the other side of the counter, and she couldn’t very well answer it and still keep the hammer guy in her sights. Where the hell was Jimmy? Probably out for a smoke or fooling around in the paint aisle. Never in her life had she met a man more obsessed with paint.

A few rings in, it became obvious that Jimmy wasn’t gonna answer. Swearing under her breath, Sadie crossed to the end of the counter and picked it up. Apparently, her old bones didn’t move fast enough. By the time she answered, the caller had hung up. What was wrong with people anyway? Always in a rush. Like she didn’t have better things to do than stand by the phone waiting for a call.

Slamming the phone down, Sadie hurried back to her post, where she’d spent the last fifteen minutes watching the hammer guy, only to find that she was too late. He was gone. Her gaze ricocheted off the mirrors perched in the corners of the store, checking the aisles to see if she could catch sight of him, but as her father would have said, he disappeared like spit in the wind.

Sadie hustled her bulk around the corner of the counter and down the aisle where they kept the carpentry tools. Sure enough, a hammer was missing—one of the twenty-ounce Eastwing rip hammer jobbies with the leather grips. Just yesterday morning, she had refreshed stock in this aisle and knew that since then, not a single one had been sold.

Where in the blazes was that man?

Sadie shook her head impatiently. With a stir stick in one hand and paint swatches in the other, Jimmy emerged from the rows of paint cans.

“Jimmy, the guy in aisle four.”

Jimmy craned his head around toward the front of the store. The white strands in his caterpillar eyebrows caught the light, and Sadie huffed out a breath. He was clueless. The hammer guy was long gone.

Frustration rose from the pit of Sadie’s belly and clawed its way up her throat. She let Jimmy have it.

“He walked right by you. Didn’t you see him?”

Jimmy lifted his ball cap and scratched at the stubborn tufts of white hair that clung to his freckled crown. That man was useless. Worse than useless. If it weren’t for her, she didn’t know what would come of him or the store. Jaw clenched; Sadie marched down the aisle as fast as her arthritic knees would carry her. She grabbed the phone and dialed 911.

“What’s the nature of your emergency?”

Sadie tersely relayed the details to the 911 operator and slammed the phone down, wondering how long it would take the local yokels to arrive. Jimmy wagged his head at her, as if she’d lost her mind.

“Woman, you’ve been watching too many true crime shows. You think everyone is the Son of Sam.”

“That guy didn’t look any more like David Berkowitz than I do, and I sure as hell didn’t need any barking dogs to tell me that he was a thief. Besides, I placed an order for those hammers just last week. There were three of them in Monday’s order and now, there’s only two. I may not have graduated high school, but I sure as hell can count.”

For once, Jimmy didn’t argue. 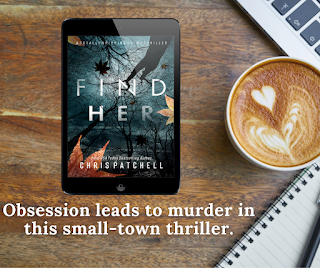 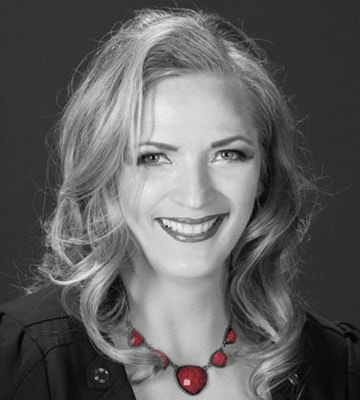 Her novels have been praised by Kevin O’Brien and Robert Dugoni, and her rich complex plot lines and well-drawn characters will keep you turning pages well into the night. When she’s not writing books or watching football, Chris is hanging out with her husband, kids, and two crazy dogs.