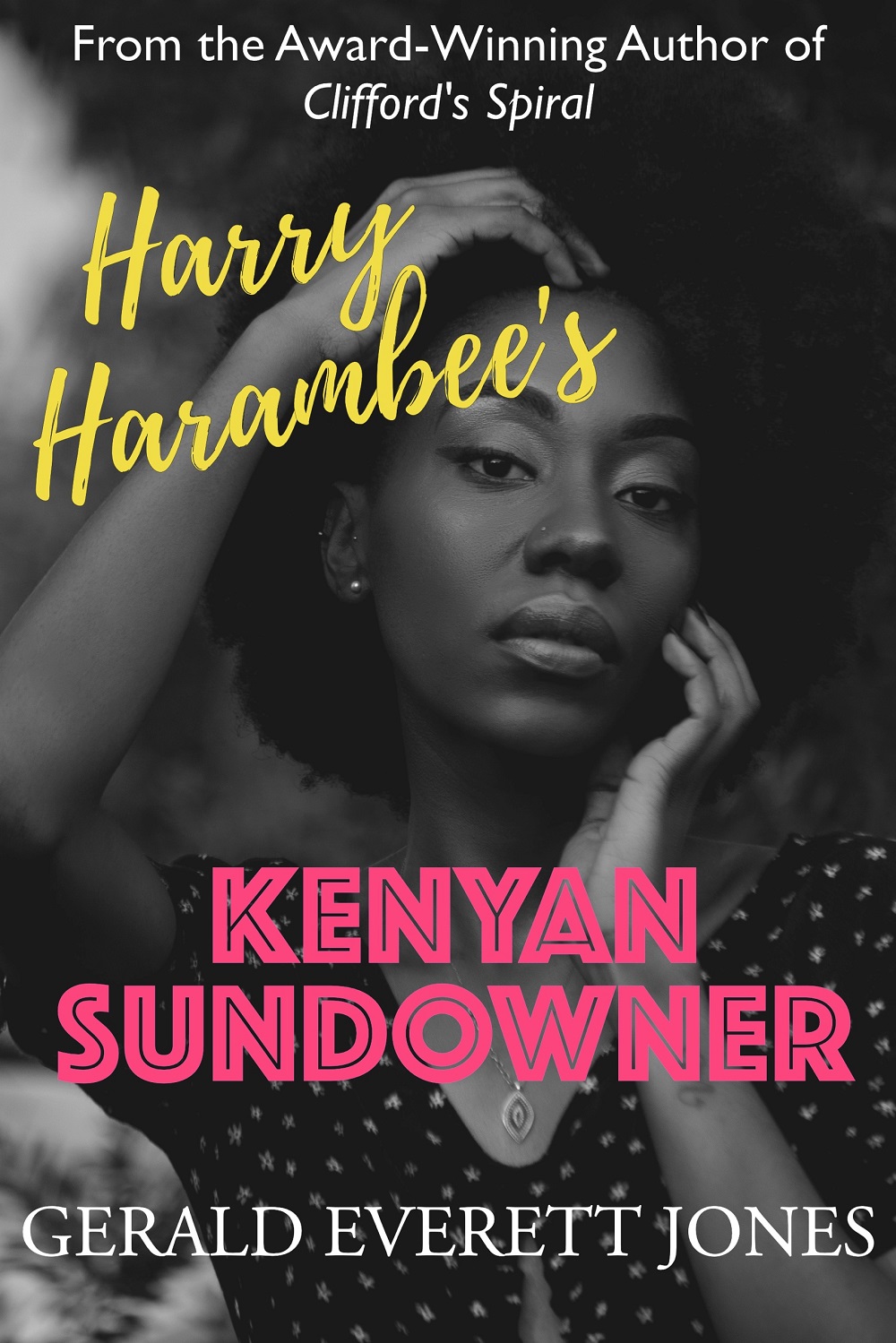 Intrigue on the white sands of the Indian Ocean.

Aldo Barbieri, a slick Italian tour operator, convinces Harry to join a group of adventuresome “voluntourists.” In a resort town on the Indian Ocean, Harry doesn’t find the promised excitement with local ladies. But in the supermarket he meets Esther Mwemba, a demure widow who works as a bookkeeper. The attraction is strong and mutual, but Harry gets worried when he finds out that Esther and Aldo have a history. They introduce him to Victor Skebelsky, rumored to be the meanest man in town. Skebelsky has a plan to convert his grand colonial home and residential compound into a rehab center – as a tax dodge. The scheme calls for Harry to head up the charity. He could live like a wealthy diplomat and it won’t cost him a shilling! Harry has to come to terms with questions at the heart of his character: Is corruption a fact of life everywhere? Is all love transactional? Harry Harambee’s Kenyan Sundowner is an emotional story of expat intrigue in Africa, reminiscent of The Heart of the Matter by Graham Greene and The Constant Gardener by John le Carré.

"Harry Harambee's Kenyan Sundowner is a captivating, witty read that explores the sociopolitical climate in Kenya in an honest way that is both entertaining and thought-provoking. This is a clear and compelling outlook that realistically paints Kenya while exploring glaring issues that are a bane to the country. When Harry decides to stop being a bystander who lets other people decide his fate, it's noteworthy. This can be equated to Kenyans finally deciding to take responsibility rather than just going with the flow, waiting for decisions that affect their lives to be made for them. And it can be done without selling one's soul in the process and leave a legacy and a better country worthy of its name." - Desmond Boi, Editorial Writer, The Standard and Citizen TV, Nairobi

"Jones writes with clarity and precision, offering a convincing study of a man taking risks and exploring new relationships with an almost childlike view on the world he's thrown into. In relatable fashion, Harry soon gets in over his head for the attention of a woman or the thrill of the deal. Esther sums up his character best: "Mister go-along. The fellow who's happy to ride in the back and look out the window." Readers looking for engaging contemporary fiction with an emotionally available adult male lead--"Grand passion is fleeting, also blinding," Harry notes -- will quickly be pulled into Harry's fast-paced adventure, a memorable (literal) vacation read." - BookLife Reviews

"I lived in East Africa for five months. In Kenya this included Nairobi and a village on the banks of Lake Victoria. Reading this novel brought back vivid, exhilarating memories. It so accurately captures the people and the social milieu of this fascinating part of the world, no praise would be sufficient. The story is so starkly real, at times I thought I was Harry! Yes, it's an adventure. It's an education. It's a literary delight!" - John Rachel, author of Live from Japan! and nine novels.

"Gerald Everett Jones's experience-based tale of Kenya's growth in a rapidly changing world is done with care and affection. Wonderfully entertaining, decorated with interesting facts, this tale acknowledges the hopes of past and present, along with warmth for the future. Virtual tourism which will make you long to share the experience yourself." - Edgar Scott, author of 418: I Am a Teapot

"I was concerned that working halfway across the world, Mr. Jones's fiction might take a hit, but from the shores of Kenya to the stores of the Santa Monica Promenade Jones does not miss a step. All is well. Buy the book." - Morrie Ruvinsky, author of Meeting God or Something Like It and The Heart and Other Strangers

Harry Gardner, who thought his given name “Harrison” much too formal, did not consider himself an immoral man. His shrink, if he still had one, would say he was on a therapeutic quest. The more generous of his peers in the golf-club locker room would say he was taking a much-deserved breather. But he had to admit, at least to himself, that his intention in going to East Africa was to engage in illicit activities, although he had only a vague idea of what those activities might involve.

As he sat at the bar in the Tiki Lounge in Diani Beach, just a short walk from the white sand, Harry wondered whether he’d been betrayed. Aldo was supposed to meet him here, and the fellow was more than an hour overdue. Granted that appointments in Kenya are more good intentions than hard deadlines, Aldo’s client expected to get what he’d paid for. The trip package had been prepaid, as was customary, and so far all the bookings had been solid and the accommodations sumptuous. Harry doubted whether Aldo had absconded with any funds. But this was wary Harry’s first venture offshore in a lifetime, and part of the deal was supposed to be Aldo’s companionship and watchful guidance.

Harry would later learn that Aldo was in Mombasa meeting with an attorney, David Odiengo. Since Esther was in Mombasa as well, did they meet? Were they somehow working together? On what? And for whom? These became questions that nagged at him. 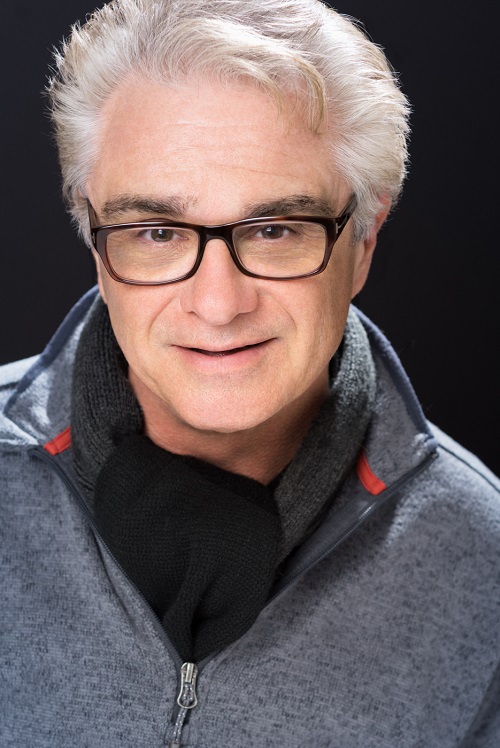 Gerald Everett Jones obtained his Bachelor of Arts with Honors from the College of Letters, Wesleyan University. He is the author of ten novels, most recently the mystery-thriller series "Preacher Finds a Corpse" and "Preacher Fakes a Miracle," as well as the psychological literary novel "Clifford's Spiral." He wrote a series of three satiric Rollo Hemphill misadventures, the adult melodrama "Christmas Karma," the crime story "Choke Hold," the father-son comedy "Mr. Ballpoint," and the historical thriller "Bonfire of the Vanderbilts." He coauthored the nonfiction memoir "The Light in His Soul: Lessons from My Brother's Schizophrenia." He has also written more than 25 nonfiction books on business and technical subjects and is an award-winning screenwriter. He is a member of the Writers Guild of America, Women's National Book Association, Dramatists Guild, and the Independent Writers of Southern California. His business title "How to Lie with Charts" has become something of a classic on the subject of presentation design.

He is the host of the GetPublished! Radio show.