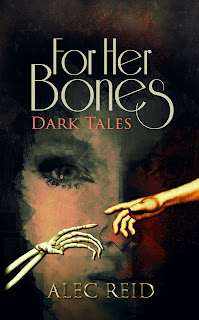 For Her Bones
Alec Reid
Genre: Ghost/Comic Horror
Publisher: Lilymoore Publishing
Date of Publication: 31 October 2021
ISBN: 978 – 163972999 -9
Number of pages: 340
Word Count: 86,975
Cover Artist: Jacqueline Abromeit
Book Description:
Alec Reid’s ghosts of the twenty-first century seldom lurk in old houses or waft across chilly moors.  His dark tales may breathe alongside the supernatural, but they take place in broad daylight, in our daily lives.
Their themes include dead warriors resurrected via Bluetooth, Rumpelstiltskin in the suburbs, an algorithmic fear of ghosts and the shattered dreams of immortality.
The world they describe is the same one you inhabit, but you would live in terror were you to recognise it for what it is.  Life would, literally, never be the same again.
Book Trailer: https://youtu.be/SVW3P32AqzU
Lilymore Publishing

“The thing is, Tom, I did call him a few months after I left.  It was a bit of a surprise.  I was supposedly embarking on some great adventure, and there I was struck down with what felt like terminal homesickness.  I needed a friend.”

“You could have called me.”

“I know, but it wasn’t you I wanted.  Sorry.  What I never expected was that I would be longing for Frank.  How strange was that?  Anyway, it was late and the foul weather made me feel even more lonely.  I virtually forced him to come to me that night.”

“Do I really need to hear this?”

“He never made it.  Ice on the motorway.  His mother called me a few days later.”

“So that’s it, Mr Freud?  I really am just imagining it?  Going mad”

“I wouldn’t say going mad exactly.  I mean it’s understandable.  You had a terrible shock.  You were missing Frank - can’t understand that bit, but there you are – and you called him to you.  And because of that he died.  It doesn’t make it your fault.  Not really.  I can’t imagine he was the greatest driver in the world.”

Poor Tom.  I think he’s about to deny it.  A straight ahead, get the job done sort of guy can’t acknowledge the terrors that shimmer on the edge of his vision.  It has to be Sally who is mad, not he.  The truth is, neither of them is mad.  I would show myself if I could, join them at their table, discuss important matters of life and death.  But it doesn’t work that way.  That would be like believing in ghosts.  Foolish.  But the three of us will soon be able to have that discussion face to face.  I’m looking forward to it.  Come along now, Tom, the second bottle has arrived.  Pour her a drink.

General consternation sounds like an incompetent military leader, but it is probably the best description for what was happening around Tom and Sally’s table.  Tom had lifted the bottle and begun to pour.  But he didn’t know his own strength.  Or rather he didn’t know mine.  His grip on the bottle tightened like a noose until the bottle shattered, showering the unhappy couple with Pinot Grigio and sending splinters of glass everywhere.  I’m not exactly a poltergeist, they don’t exist by the way, but I made sure some of the glass went where it needed to.  A freak accident is how it was later described by those who were there and therefore must know.  The first shard sliced through Tom’s shirt and severed the carotid artery.  There was more blood than Pinot.  In less than a minute he was what people call dead, although we know better, don’t we?

Sally’s demise was even swifter.  A shiver of glass pierced her eye and came to rest deep in her brain. 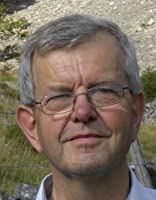 Alec has had a number of careers, some of them still ongoing. After a brief spell with the BBC 2 arts programme, "Late Night Line-Up", he moved on to Radios 1 and 2 where he produced "Night Ride", giving Genesis their first national broadcast.

Alec went on to become an award-winning radio drama director and creator of radio documentaries and features, one of which required him to spend a week with the French Foreign Legion!

During that time, he also wrote and directed two musicals for radio, "Misrule", starring Max Wall, and "Gilgamesh", with Ian Holm; the latter was the BBC's entry for the Prix Futura award in Berlin.

After leaving the BBC,Alec was commissioned to write and produce a double CD tribute to Princess Diana. Within days of its release in America it had sold over 100,000 copies. As a result, he won the prestigious international Audi award for best creative work.

Since then, Alec has produced hundreds of audiobooks, adapted TV and movie soundtracks for audio release, and was even commissioned to write two new 'Thomas the Tank Engine' stories! He also wrote book and lyrics for 'Muscles the Musical', which was premiered at The Landor theatre in London where the 'House Full' sign was up most nights. There are hopes for a revival in a larger theatre.

Alec's publications have included two anthologies based on Radio 4’s ‘With Great Pleasure’, poems in ‘The Sunday Times’ newspaper and numerous magazine articles, and poems. 'For Her Bones' is his first fiction book. He is thinking about his next one. 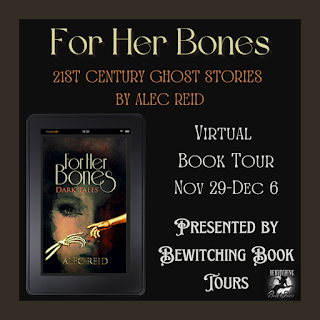