New Release: From Fame to Ruin: A Romantic Thriller by Jina S. Bazzar 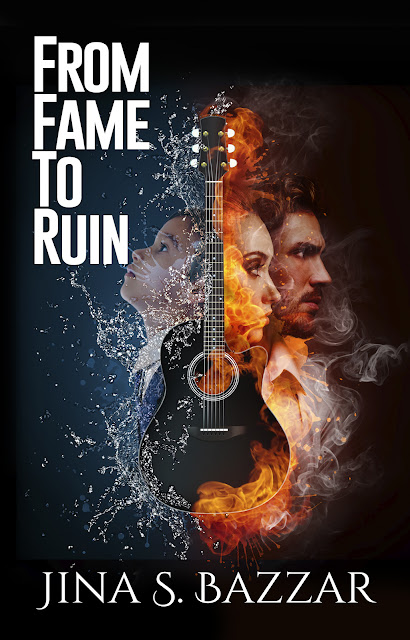 From Fame to Ruin

What if surviving a murder attempt, a heartbreak, and the loss of the family business wasn’t the hardest thing you ever faced?

Carol is the sole heir to a broken empire, Ricardo the newest celebrity in the rock world.

When they came together, their fire blazed. When their past caught up, they were left burned, scorched to the ground.

When a psychopath decides it’s payback time, Carol is faced with an impossible choice – save her son or sell her life.

Ricardo wants nothing to do with the woman who played him for a fool, but finds himself moored by circumstances, half truths, and memories of the past.

They say time can heal anything. So far, time’s brought nothing but complications.

This is a standalone romantic thriller told in alternating timelines and point of views. Warnings include character overdose and mentions of child abuse. 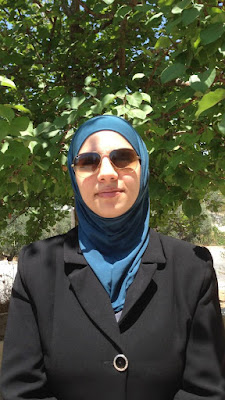 A wanderer in this vast world, I’m just another body with a passion for the written word. There is no boundary I can’t cross, no limit I can’t push; my mind is my passport, my thoughts my mode of transportation. I’ve travelled to many planets, seen plenty of civilizations, old and new, both in this galaxy and others.

On this earth, my name is Jina S. Bazzar. I’m a writer, a blogger, a mother, a baker, a chocolate fiend, a coffee enthusiast, and sometimes a poet– but those are only informal titles. I have many traits, some contradictory, others complimentary, depending on the circumstance. If I were to ever describe myself, I’d say I’m a pragmatic idealist, a sarcastic cynic, a curious adventurer, a joker, and upon occasion, a cautious realist.

Like most writers out there, my love of books began at a young age, with comic books and alphabet poetry two of my favorite and earliest memories. Growing up, I wasn’t an awkward kid, and I didn’t prefer books to people. Unlike most writers, I never aspired to author a book, never enjoyed writing essays, and although I had intended to one day become a surgeon, my first attempt at creative writing happened during my senior year in high school, a pastime project that wasted plenty of A4 papers and the ink of multi-colored pens. The story had an Indiana Jones theme with a touch of humor, and I was nowhere near finished when patience ran out and those few thousand words were tucked in some dusty drawer and forgotten, taking a backseat to finals and SATs.

Soon after graduation I developed a chronic disease that caused gradual vision loss. Dreams of med school were put on hold for ‘a later’ time, and eventually, I became blind and med school was no longer an option. Reading also became just a fond memory, and writing not even that–until I learned about screen readers.

I was born and raised in a quiet, small town in Rio de Janeiro to Palestinian immigrants. I literally played in the middle of the street, climbed tall trees and hiked worn trails, biked to the top of mountains to have picnics, swam in small lakes with murky water, surrounded by wild flowers. I’ve played pranks on cranky neighbors, cried over lost pets and climbed electric poles when no one was watching. Upon occasion, I enjoy travelling with a real passport, but those get fewer and farther in between. Currently, I live in the Middle-East.

On my blog at www.authorsinspirations.wordpress.com I talk about all those hobbies and passions, as well as share short stories, real funny mishaps and contemplative musings about children and sometimes about disabilities. I also enjoy connecting with people from all walks of life, all around the world.

When I’m not writing or networking on social media, you can find me in the kitchen, listening to loud music while baking (often misshapen) goodies.