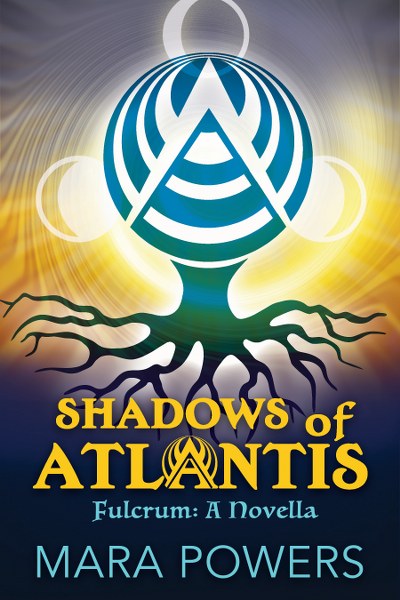 The dark, seductive legacy of Atlantis is revealed in this exciting prequel to the Shadows of Atlantis saga...

In a previous age on Earth, the empire of Atlantis is a series of island kingdoms that span the Atlantic Ocean. It is a civilization powered by crystals that allow its citizens the basic comforts of technology. But the Crystal Grid is hardwired into the many subtle realms of the planet. Atlanteans are bound by an ancient treaty to appease the elementals, and if they separate from this treaty, they will spell the doom of all life on Earth.

D’Vinid has come to accept his place in the hierarchy of Atlantis. His fame is on the rise as Queen Dafni’s favorite musician. The two princes have been his lifelong friends. But everything changes when the younger prince accidentally activates the ancient Fulcrum of Atlantis, a relic of its golden age said to indicate the proper succession of Atlantean kings.

A chain of events is set in motion raising into question who will ascend the high throne of Atlantis… the older, wiser, more compassionate Prince Bavendrick? Or the emotional, irrational Prince Kyliron whose touch activated the Fulcrum? D’Vinid finds himself wrapped up in the decision, whether he knows it or not, his actions may give rise to the Shadows of Atlantis.


Enter the dark legacy of Atlantis where shadows dwell in the darkest corners of the soul. Prepare to be seduced by the romance, passion and mystery of this stunning prequel to the critically acclaimed Shadows of Atlantis series... 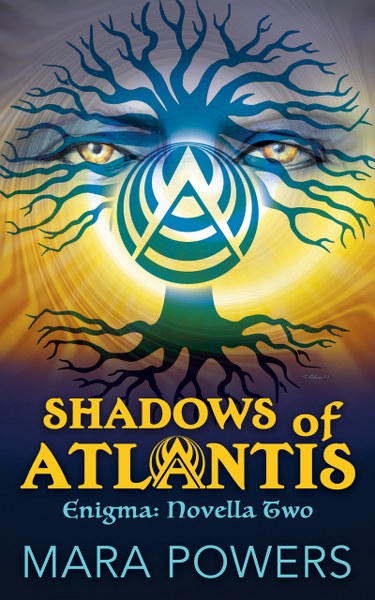 The dark legacy of Atlantis continues in part two of the Shadows of Atlantis prequel series...
If Fulcrum seduced you with the men of Atlantis, you will be utterly bewitched by the women in Enigma...

Tragedy has struck the royal family of Atlantis, leaving the citizens in mourning, and its governance in question. The king has sent his league of investigators to hunt down those he feels to be responsible. While the Children of One have gone into hiding, slipping into the cracks of the city they know best, they have begun their own investigations. They will not take the blame for the actions of those who are truly responsible... their own kindred who have learned to wield the Shadows of Atlantis.

Prepare to be seduced by the dark legacy of Atlantis.

Check out the runaway classic that's taking the world by storm! A mystical masterpiece filled with romance, passion, darkness and deceit. If you are an acolyte of the magical teachings, this is a MUST READ.

Critically acclaimed series Shadows of Atlantis is a rising star in the world of fantasy romance.

Brigitte is an emissary of nature chosen to renew the treaty between Atlantis and the ancient bloodline of Lemuria. Her sacred betrothal would renew the elemental function of the Crystal Grid that powers the ten kingdoms of Atlantis. But her people are attacked by a storm of shadows, and now she is running for her life.

Upon her arrival in the ruling city, she meets D’Vinid, a dejected musician who lives the quintessential Atlantean lifestyle of revelry, escapism and apathy. Under the eclipse of a holy festival, they are swept into an attraction they cannot resist. Their union may protect humanity from its worst enemy - the shadows of Atlantis. But there is one problem, this man is not her betrothed.

Brigitte discovers the Grid is corrupted by psychic parasites that feed off human suffering, an epidemic called “the madness”. The rituals required to charge the Grid with psychic emanations have been poorly attended, and this has caused the Grid to malfunction. But as nature always strives toward balance, the crystals have activated a genetic upgrade among the people. The youth have begun to express supernatural powers. Could it be that D’Vinid and Brigitte are meant to be leaders among the awakened? And if so, why is it impossible for them to be together?

A mysterious tale of romance, seduction and betrayal that reaches just enough into the modern mind to ask - will we learn the lessons of Atlantis?


"Had me turning the pages obsessively from the very beginning." -Readers Favorite 5-Star Review.

"I have a real interest in mythology after studying it in college. I had high hopes for the first in Mara Powers's fantasy saga and I was not disappointed." Bookish Picks 5-Star Review

"Mysterious, alluring and so engaging, it draws you in from the very first chapter and takes you on a fast-paced journey of discovery and danger, right up to its unpredictable conclusion." Kickass Reads 5-Star Review

"Mara does a beautiful job of tying fact and fiction together in such a way as to convince the reader she has solved the mystery of Atlantis.” Amazon Review

"The sublime beauty and mystery make this book so incredibly engrossing that the reader will be captivated and impressed by the author's intuitive and solid understanding of ancient Atlantis." Amazon Review

The memory of Brigitte’s upbringing in the Dreamclans slowly fades away as she succumbs to the lavish lifestyle of her new home. Caught in the grip of The Madness epidemic, she descends into an elixir-fueled haze. It’s the only way to silence the judgmental voices in her head. Outside the gilded walls, a looming storm encircles the city, trapping its inhabitants as they remain blind to the treachery within.

Meanwhile, D’Vinid is reluctantly caught up in the unstoppable currents of fate. A harrowing encounter with the murderous Shadowmancers launches him on a perilous journey, while Symbiosis with his new soul-crystal reveals clues to the corruption of the Crystal Grid. All paths lead back into the forbidden arms of Brigitte. Is their union a beacon of hope? Or will it unleash the Shadows of Atlantis?

In this eagerly anticipated sequel to Shadows of Atlantis: Awakening, Symbiosis follows the horrifying psychological descent of a falling civilization. Utopia is dying - but how can they stop what they can’t even see?

Mara Powers is a rebel of the written word who has tackled the monumental task of recreating Atlantis. When she was 16 in Fort Collins, Colorado, she began visiting the library in search of things she couldn't learn in school. Her goal was to re-define her religion. She studied theology voraciously until she discovered the concept of reincarnation though Hinduism. It was the answer to a lifelong existential crisis that had plagued her for many sleepless nights. The study of reincarnation led her to the channel Edgar Cayce. In his many books, she found his past life readings of lifetimes spent in Atlantis. This was the beginning of a lifelong quest to unravel the secrets of this mystery. She has spent upwards of 30 years exploring the labyrinth of ancient civilizations. Her decision to turn it all into a high concept, visionary fantasy series stems from her study of the esoteric depiction of Atlantis. With the other half of her research rooted in the secular, it was the best way to illustrate both aspects of this fascinating legend. Her work is the legacy of the legend.