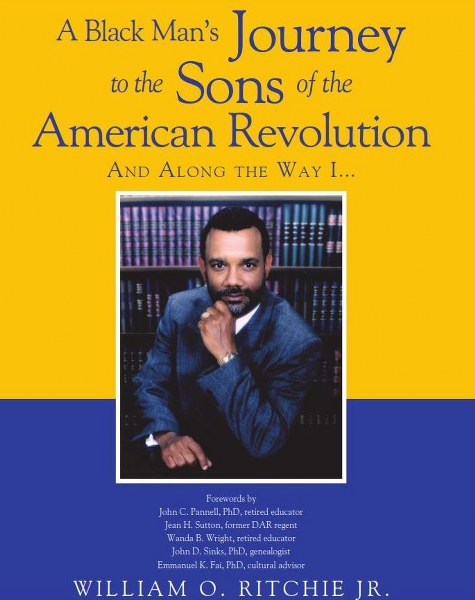 A Black Man's Journey to the Sons of the American Revolution

Recent release “A Black Man’s Journey to the Sons of the American Revolution” from Page Publishing author William O. Ritchie Jr. is a fascinating and deeply American journey from the segregated South to a decorated track and field career in one of the nation’s premiere HBCU and an acclaimed career as one of the highest officers in Washington DC’s Metropolitan Police Department leading the investigations into the highest-profile cases of the eighties and nineties. After retirement from the MPD, he began conducting extensive genealogical research, which ultimately led to membership in the Sons of the American Revolution. He also became involved with DNA to attempt to validate the oral history portions of his family history book that is in the African American History Section in the Library of Congress, an endeavor that was successful.

“From the segregated Stratton High School in Beckley, West Virginia, to the prestigious Howard University in Washington, DC, to years of law enforcement in our nation’s capital, Bill Ritchie has found himself a member of the Sons of the American Revolution. We have often asked, how? And why? Throughout his book A Black Man’s Journey to the Sons of the American Revolution, he answers these questions for us.”

“Bill Ritchie’s fascinating journey from rural mountains in West Virginia to celebrated track all-American at Howard University, to chief of detectives in the nation’s capital and his many other successful pursuits is an inspiring study of determination, creativity, and perseverance. His book, A Black Man’s Journey to the Sons of the American Revolution, candidly provides a fleet-footed but comprehensive look at a renaissance man still blazing new and interesting paths.” —Rock Newman, sports and music entrepreneur, executive producer, and host of The Rock Newman Show, former Howard University Trustee.

“You have a fascinating history! Can’t wait to read the book.” 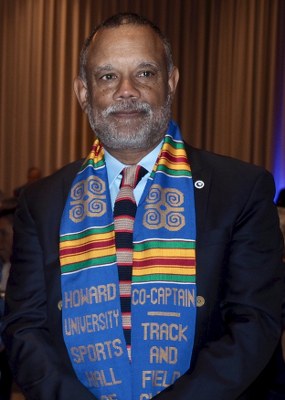 William “Bill” Ritchie, a 1971 graduate, holds the distinction of being the first known NCAA All American in the history of Howard University. The seven-time All American became Howard’s first known NCAA individual champion when he was victorious in the 220-yard dash during the 1969 College Division NCAA Track and Field Championships in Ashland, Ohio. Ritchie is one of the few athletes that have been inducted twice in the Howard Sports Hall of Fame, first in 1996 as an individual and again in 2018 as a member of the 1969 and 1969 Track and Field Teams. Bill is also an alumnus of the University of the District of Columbia and George Washington University.

Upon graduation, Ritchie joined the Metropolitan Police Department, retiring in 1994 as the Chief of Detectives and former Homicide Commander in the most powerful city in the world. During his tenure, he led or participated in many major criminal investigations including the attempt assassination of President Ronald Reagan during 1981, the Air Florida Airplane crash in 1982, and the Shotgun Stalker spree murder investigation during 1993. His other commander level assignments included the Public Integrity Branch, the Organized Crime Branch, and Director of the Medical Services Division. He was the only member of the department trained to conduct investigative hypnosis sessions on victims and witnesses of crimes.

Upon retirement, he moved on to other positions, including Director, Office of Decedent Affairs at the Washington Hospital Center, Project Manager for the District of Columbia Public School’s Security Force and Director of Operations for a nationally known security company that in part serviced contracts for the US Navy and the JFK Center for the Performing Arts. He retired again in 2006. From time to time he is called upon by CNN and other national and local media to provide commentary as a Homicide Expert.

Ritchie currently has more than 65,000 DNA matches with individuals across the country and has assisted five of those matches, who were adoptees, to identify and locate their birth parents. His family history is published in “The Virginia Kaleidoscope” which is in the African American History Section in the Library of Congress and on the shelf as a source at the DAR Library in DC. Until recently, Ritchie was a member of his family’s board of directors, The Reynolds/Claytor Family Reunion Inc. He formally served as the family liaison for the Claytor Family Scholarship endowment at Washington & Lee University that was established in 1996. The endowment has awarded more than two million dollars in scholarships to deserving students. He previously served as chairman of the Mary Claytor Family Scholarship that since 2002 has awarded 47 scholarships to graduating high school seniors in the family.

With a high percentage of Cameroonian DNA, Ritchie, in 2016, was accepted as a son of Cameroon by the NW FONS Council and given the Cameroonian name of Shey during their naming ceremony. His ancestry in part includes the Fulani People of NW Cameroon.

Ritchie is currently the Senior Vice President and Public Information Officer for the District of Columbia Society Sons of the American Revolution. He was inducted into this organization on July 4, 2016, as the result of proving lineage to his 5th great grandfather, William Parks who was shot, killed and scalped by the Indians working for the British during May 1776. He has since identified and proven his ancestry to 16 additional Revolutionary War Patriots.

Ritchie is an avid golfer and had the pleasure of playing in Tiger Woods Pro-Am at Congressional Country Club on July 4, 2007, where he reportedly had the time of his life!!!!! He has several historical videos on YouTube under the handle of hypnos123, which include law enforcement punditry on homicides, weapons, DNA family reunifications and a combined exposé on the death investigation of Supreme Court Antonin Scalia during 2016.