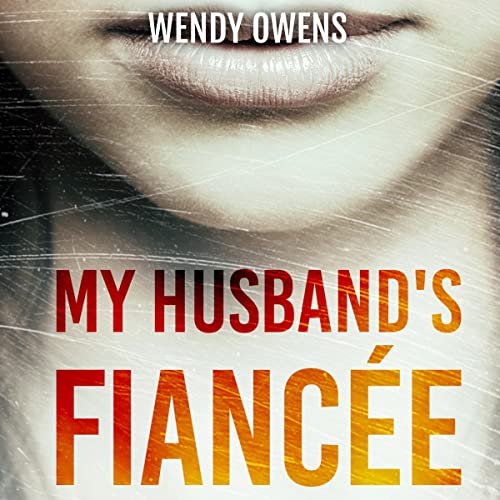 When my husband’s mistress was found brutally murdered, I was the one imprisoned for the crime.

I was willing to do whatever it took to prove my innocence. When Dr. Evelyn Powell showed up on visiting day, I was shocked to learn she was my husband’s new fiancé. I befriended her in hopes of finding answers to my questions.

Was my husband behind the brutal slaying? If I wanted to regain my freedom, I had to figure out a way to convince Evelyn to betray the man she loved and search for the evidence that would prove my innocence. After all, if I was right about my husband, she could be his next victim.

A psychological thriller with a twist you’ll have to listen to, to believe.

Momma Says: 5 stars⭐⭐⭐⭐⭐
WHAT??? First, let me say that I did not know this book had a second part coming when I started listening. So, when I heard the last line of this one, I was at first shocked. Then, I thought about it and decided it was brilliant. Brilliant, yes, but that didn't mean I wasn't dying for more. So, now that I know there's another book coming, I'm excited to see what's next for Liz.
Whether it's the story, the narration, or a combination, the book has an almost haunting tone, and the storyline is absolutely gripping. It's told from Liz's point of view, and she makes for a terrific unreliable narrator - but it's kind of a mixed bag with her. There were times when I believed every word she was saying and others when I thought "Wow, this woman is unhinged." Ah, but that's the beauty of it, and far be it for me to ruin the fun and tell you which way it is.
Whitney Dykhouse gives voice to Liz, and between her performance and Wendy Owens's writing, this book was thoroughly compelling and impossible to put down or hit pause as the case may be. I listened straight through and loved the twists and surprises that came along. The story is wonderfully plotted and well-written, and now I'm dying to find out what's next for these characters.

Email ThisBlogThis!Share to TwitterShare to FacebookShare to Pinterest
Labels: Audio Review, Reviews, The Next Step PR