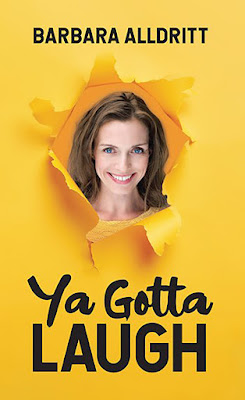 In "YA GOTTA LAUGH", Barbara Alldritt presents a series of short stories based on her own experiences, and those of others, about living life with joy & happiness, in spite of life's challenges.

While pursuing an academic career, Barbara was hit hard by a debilitating disease. She quickly determined she needed a new direction in life. Always interested in writing, she turned to creating stories about this new path.

These are stories that show that even in trying circumstances, there are still ways to find humour.

A therapist in a television interview I saw recently said that poor self-esteem usually creates workaholism. As a former workaholic, I relate to this. I graduated as the top student at my university, not because of my IQ, but because of a talent for writing and my habit of working harder and longer than others I knew. Why did I do it? I didn’t ask myself this question at the time. I just did what I felt I had to do, and what got me respect and good grades from my professors.

The workaholic habits eventually took their toll on my health, however. I was diagnosed with the chronic illness called multiple sclerosis (MS) while I was at university. I was finishing a master’s thesis while working on the research I expected to use for a doctoral degree. Within two years I found myself at the bottom of the social status ladder, a sick woman in a wheelchair. But it was almost as though physical illness brought a magic therapy that had eluded me for years. Soon after my diagnosis, the psychological issues that had plagued me for most of my adult life just melted away.

Accepting my new reality included a decision that there was much I could learn about myself through illness. I also started to see the qualities I had once exhibited all around me, including in places that surprised me. I saw the body language of poor self-esteem in several smart, well-educated men I know, including a PhD psychologist friend and a doctor with more certificates of achievement on his wall than anyone I’ve ever worked with.

Reflecting on my new health circumstances, I realized there are many different kinds of ability. The physical abilities I’d lost are the ones most of us take for granted while we have them. Getting up two stairs was never something I had to plan for before. Now, recovering my lost physical abilities consumes my time in ways I hope are positive. Losing something often highlights what is left, and I found new reserves of patience and humour. Housework and cooking became tasks for which I planned and managed other people’s time rather than doing them myself. I have to admit I don’t miss washing the kitchen floor. Another change I appreciate is having time for creative rather than just academic writing. It helped me accept I could now only walk in water. 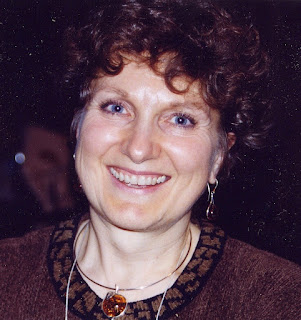 Author Barbara Alldritt was born and raised on a farm in Saskatchewan and although there was always work around the farm she preferred hiding behind the couch reading a book rather than be out in the fields hoeing potatoes or washing dishes in the kitchen. After High school she travelled extensively in Western Canada and then set out on a 2-year adventure around the world and met her husband on that trip in Western Samoa. They returned to Canada settling in Calgary. Barbara then returned to higher education at the University of Calgary and completed her Honours Degree in 1988, and was awarded the Faculty of General Studies Gold Medal and the Lieutenant Governor’s Gold Medal for that year.

They then moved to Vancouver, BC, and Barbara entered a master’s program at UBC. In the throes of completing her MA and preparing to start her PhD, MS hit her hard and put a stop to her academic work.

Needing a new direction and given her interest in both research and writing she looked into many options for maintaining her health from taking up aqua-fitness to nutrition and what she should and should not eat.She also became active in the MS Society and produced their newsletter, in which she wrote stories that looked at the humorous side of living with a disability.

Many who read her stories were inspired to contact her to tell their own tales and adventures. She interviewed them and added them to the newsletter, resulting in this compendium of stories.

Barbara Alldritt will be awarding a $15 Amazon or B/N GC to a randomly drawn winner via rafflecopter during the tour.