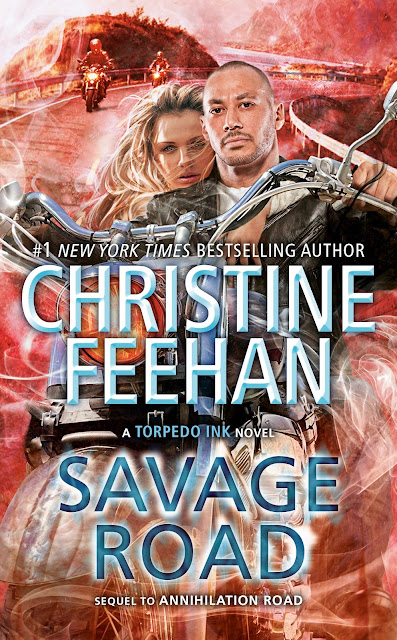 When Savin “Savage” Pajari and Seychelle Dubois first met, their connection was instant, their attraction undeniable. Their relationship has been full throttle since day one.  Even though months have passed, the passion and love between them has only increased.

Savage completely owns what he is: a sadist in the bedroom who can only get off on his partner’s pain. He believes he’s not a good man, but he loves Seychelle with a fierceness that shocks him. He wants all of her, but only if she gives herself freely with eyes wide open.

Seychelle never imagined the lure of mixing pain with pleasure, or how much she’d crave Savage’s darkness. She’s been shaken to her core, but Seychelle is committed to Savage and their life together—even though he’s keeping a piece of himself back. And to truly make their relationship work, he has to give her everything that he is, just as she is doing for him.

Savage knows that what he really needs could break his woman if she isn’t ready. She agreed to come into his world, and he’s not about to give her up. He has to find a way to let her see the monster inside without pushing her away. But the real Savage might be more than Seychelle can bear...and he knows he wouldn’t survive losing her.

Momma Says: 4 stars⭐⭐⭐⭐
Savage Road is a little shocking, a lot gripping, and completely engaging. Christine Feehan tackles some big topics here, and some of them aren't for everyone, so take heed of the book's blurb. I don't read many MC romances, but I really like the supernatural angle in this one, and these characters, love them or hate them, are all kinds of intriguing. There is a mystery to solve, so Seychelle and Savage have more than just relationship things to work through. They have some danger along with everything else, and I'll stop there before I give too much away. I'll just wrap it up by saying that Christine Feehan has a well-deserved following, and this book is just one more reason why.

Seychelle turned her head toward Savage, her thick braid moving across the pillow as she looked over her shoulder at him. Light came through the open window. She refused to close the damn thing, no matter what he said about security. She liked it open, and he liked the way the moonlight managed to shine perfectly on her.

Laughter was in her eyes, that totally relaxed look she got on her face whenever they were here in her home—her little cottage by the sea she loved so much. He had tried to re-create a space on the bed in his master bedroom just like hers, but he’d failed. She still wasn’t as relaxed, all tension gone, ready to tease him and play like they had for months before they made their relationship official, not in his master bedroom.

In retaliation, he nipped her hip and then soothed the sting with his tongue. “I’ve been a fucking choirboy for an entire day.” That laughter was killing him. He loved the sound of it.

“You can’t say choirboy and fuck in the same sentence and be a choirboy.”

She sounded all prim and schoolmarmy, which made him smile. His first reaction was to roll over so she was sprawled over the top of him and he had access to her bottom. That was his usual response when she teased him like this, but he didn’t want any bruising, not when he’d made up his mind to ease up and give her a few days to adjust. He would always be a controlling bastard, wanting everything his way, and maybe taking one thing at a time was the best way to go.

“Babe, told you I was going to hell. Might as well do anything I want. And that’s mild in comparison to all the things I think about saying and doing.”

Her laughter was contagious. “You should have seen your face last night when the Red Hat ladies showed up at the bar to hear me sing. All those darling ladies, Zyah’s grandmother leading the way. She’s so cute, by the way. I adore her and she adores you. Obviously, the two of you have a past, and she made it clear last night that you, Destroyer, Maestro and Player are her little darlings.”

“You’re going to get yourself in trouble if you bring that up,” he growled against her pristine skin, settling his teeth against her in warning.

She didn’t pay him heed in the least. “Who knew you were so popular, Savage? All those sparkly hats and all of them wanting to dance with you. I had more requests for songs. The other bikers in the bar last night were quite enthusiastic about making certain the right music was requested. Everyone had ideas. I even saw Jackson and Jonas slip in. They were grinning from ear to ear, and at first it looked as if they might have been there on official business.”

That did it. At the mention of the cops, there was no way he was going to be a saint. Savage rolled and took her with him, so that she sprawled over the top of him, her sore, bare ass in the air, legs on either side of his hips. Her amazing blue eyes laughed right down into his, causing his heart to perform some silly, weird melting sensation. He rubbed her bottom, hoping she would consider that a threat.

“You didn’t tell me I had so many rivals for your affection. I went into that blind. All those ladies giggling. They brought cookies, Savage. There were plates of cookies with your name on them.”

If a man like him had the ability to blush, he might actually have done it when the Red Hat ladies marched in with their crazy purple-and-red hats and their wild clothing, as if each had tried to outdo the others in outlandish skirts and layered dusters. Secretly, he applauded them for their carefree apparel and their insistence on living out their lives the way they chose. If they wanted to go to a biker bar dressed as a cross between fairy godmothers and something out of A Midsummer Night’s Dream, more power to them.

Ten of the Red Hat women had shown up, all bearing plates of cookies. And then Zyah, Player’s wife. She had come along to keep an eye on her grandmother. Anat Gamal, her grandmother, had unofficially adopted all of Torpedo Ink as her grandchildren. Savage wasn’t going to admit to his woman that he might really be one of the favorites, because she would give him no end of grief over it. She was already far too amused over how the evening had played out.

“I shared the cookies with you, you little monster,” he pointed out. He kissed the hollow of her neck. She always smelled so good—a wild strawberry fragrance that was just so subtle.

From SAVAGE ROAD published by arrangement with Berkley, an imprint of Penguin Random House LLC. Copyright © 2022 by Christine Feehan. 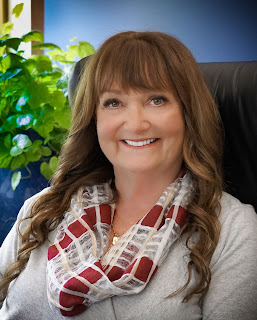 Christine Feehan is the #1 New York Times bestselling author of the Carpathian series, the GhostWalker series, the Leopard series, the Shadow Riders series, and the Sea Haven novels, including the Drake Sisters series and the Sisters of the Heart series. Learn more online at christinefeehan.com.