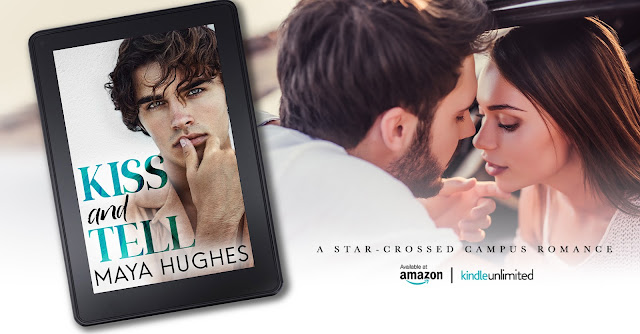 “Wouldn’t most guys love a little no strings attached hook up?

“Maybe, but most guys don’t deserve you. I want to be one who does. And I want to be all tangled up in your strings.”

Newly arrived on campus, I knew two things. 1) No one could know my dad was the president of the university and 2) football players were bad news.

My run in, the literal kind with my neighbor cranked up the heat and sparks flew.

A new college campus. A secret bound to explode in my face. And a football player neighbor who is bad news in the best of ways.

Reid Riddick was hotness personified, so of course I literally ran into with him--well, more like he plowed into me.

I didn’t know he was a football player when I started falling and now I can’t stop. A stolen kiss later and my heart races whenever he looks at me from across the quad.

But my secret would spell disaster for him.

Resisting him is more than I can handle. He’s risking it all for me. His team standing. His football season. His pro future.

Throw in a campus gossip site. My out of control new friends. His way too hot roommates. College traditions. A secret campus bar and the only guy who’s ever made me feel like he can’t live without me. And I have one last secret.

Our star-crossed love is my first and I want him to be mine.

A Fulton U rivals standalone romance including a paper mache dragon, house of football hotties, secret speakeasy and a host of campus traditions that unfold as the backdrop for my first taste of love with a sordid secret chaser. 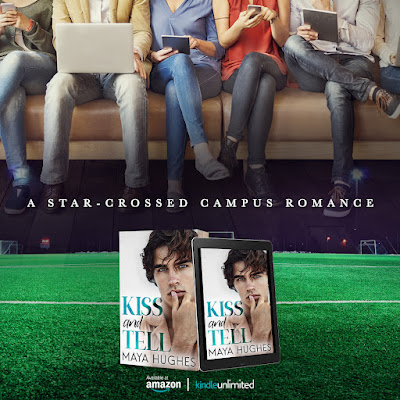 Momma Says: 4 stars⭐⭐⭐⭐
Kiss and Tell, the first in a new series jam-packed with everything I expect from Maya Hughes. As the first couple in the series, Reid and Leona have set the bar high. Their story is super sweet and just as sexy. It's a bit of a when you know, you know kind of love, and these two certainly know - even when they pull away to keep their secrets. True to form, Maya gives us all the feels, from laughs to swoon to heartache, it's all there in spades as this couple figures things out. They have terrific chemistry and that conclusion was absolutely perfect (no spoilers, you'll have to see for yourself). So, here we are with a brand new series, and we're off and running. In addition to this lovable couple, there are some great secondary characters who I'm sure will get their turn, and I can't wait. 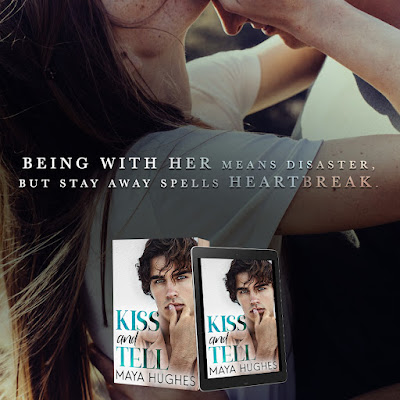 I inhaled deeply and sunk deeper against him, knowing I shouldn’t let myself. He smelled like grass and leather and Icy Hot, but there was also an underlying sweetness. I was tempted to press my nose to his chest and suck in a lungful of Reid.

I wished we weren’t in a freezing cold garage, but back in my bed after we’d passed out watching District 9 or The Abyss. Or maybe after taking things a bit further.

He yawned, rubbing his hand down my back. “Hey, we made it.”

I scooted back a little and looked up at him, trying not to be self-conscious about my morning breath. “We did. Thanks for not letting me freeze.”

“What kind of teammate would I be if I let you turn into a popsicle?”

“A terrible one. Now I know why the guys keep you around. You’ll do anything for the team.” I meant it as a tease, but it was also a reminder of why we couldn’t be together.

“I will.” He didn’t unlock his hand from around mine. The smooth glove glided over the back of my hand.

Staring into his eyes, all the feelings I’d been trying to suppress came rushing back. They flooded my veins and sparked my nerve endings.

His head dipped lower so our foreheads almost touched. I’d never thought mine was sensitive before, but now I could feel every graze and skim.

Our noses brushed, and I swore I could feel the flutter of his eyelashes. 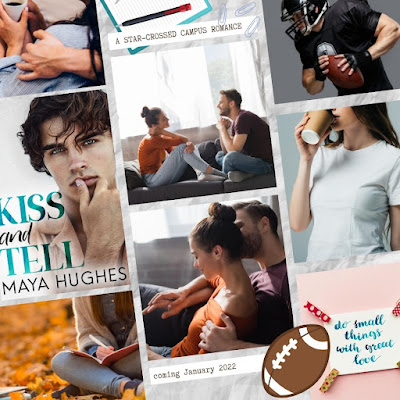