The Legend of the Dogman Tour and Giveaway 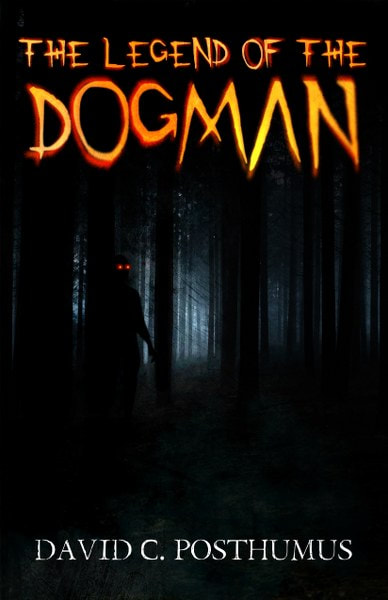 The Legend of the Dogman

Something dark and malevolent stalks the majestic Northwoods of Michigan, and each corpse sends a new wave of terror through the small town of LeRoy. Anthropology professor Jack Allen uncovers a pattern of strange encounters, disappearances, and unsolved murders that shake him to his core. The deeper Jack delves into the horror in the woods, the more his life falls apart around him. With his family and all of Northern Michigan hanging in the balance, Jack must find a way to stop the cycle or risk losing everything to the ultimate predator. Meet a new kind of monster in David C. Posthumus’s bone-chilling suspenseful thriller, The Legend of the Dogman!

Get it discounted from Timber Ghost Press !

The McGregor family went mushrooming every spring. It was a family tradition that stretched back to when Joe McGregor was a boy growing up in scenic Northern Michigan. Every year in late April and May, Joe and his father would spend a few hours together out in the woods each evening hunting for the elusive and delicious morel, one of the most prized and expensive wild mushrooms you can find. Morels are conical in shape with long hollow caps with a ridged and spongy look, almost like a honeycomb.

Sometimes on the weekends, Joe and his dad would spend an entire day outside, walking the trails and combing the woods, their eyes glued to the ground in search of the camouflaged fungi that blended in so well with the leaves, pine needles, and dead grass of the previous autumn. The rush of excitement when you spotted one and the thrill of victory as you reached down to pick it just never got old. Those times Joe spent in the Northwoods in the springtime with his father were some of his fondest childhood memories.

Morels are common in Michigan, growing in every county in the state, and mushroom hunting is a popular spring hobby. Plus, it’s a great way to get some exercise and enjoy the great outdoors. Most morel hunters are tight-lipped about their favorite spots, but the majestic mixed pine and hardwood forests of Michigan’s northern Lower Peninsula are prime locations for wild mushrooms.

One of the McGregor family’s favorite spots was a densely wooded area of state land north of the small village of Marion in Osceola County. It sits between the Clam River to the north and the Middle Branch River to the south, both classic trout streams and tributaries of the mighty Muskegon River, the second largest river in the state.

Joe McGregor, along with his wife Lindsay and their five-year-old daughter Lily, had left their home in Cadillac around nine that morning after a hearty breakfast. Joe had packed their mesh bags, a wicker basket for Lily, and a picnic lunch packed securely away in the trunk. After a half-hour drive, they parked their car on the shoulder of an isolated dusty backroad, retrieved their gear, and headed off into the woods. It was a chilly sunny day, but they were happy to be spending some quality time together in the forest.

Just after one, the McGregors finished their lunch of sandwiches, baby carrots, apple slices, and potato chips. Joe and Lindsay shared a bottle of cold and refreshing iced tea while Lily happily slurped her chocolate milk. Lily was thrilled to the gills when Daddy surprised her by pulling out three big pieces of the cheesecake Mommy had made that week. They emerged from the little red and white cooler as if by magic, neatly arranged on a plastic plate and covered with Saran Wrap.

As the McGregors hiked back into the woods to continue their hunt, Joe took stock of their haul so far for the day. It had been a productive one: Joe’s white mesh bag contained at least fifty morels, while Lindsay, who had a great eye for mushrooms, bagged at least eighty. Even Lily had stopped daydreaming and playing to find eleven morels, which now bounced around merrily in her basket as they walked.

They reached the spot where they had left off before lunch and got back down to business. Joe and Lindsey walked slowly in opposite directions, their eyes scanning the ground in front of them, while Lily quietly hummed a tune and walked over to examine a particularly neat-looking tree stump.

What the McGregors didn’t realize that crisp spring afternoon was that while they were out hunting for morels, there was something else out there lurking among the tangled trees and ferns; something dark, something menacing, something evil.

And that something was hunting them.

Joe was on fire; it seemed like he was finding a morel everywhere he looked. His father had always told him that where you found one, there was sure to be another; like they grew in pairs or something, a bit of folk-wisdom, the veracity of which Joe doubted but pondered briefly.

And there was another one!

He knelt down and cut the stem at ground level with his pocketknife and set it in his bag. This one had been peeking out from the blanket of dead leaves covering the ground around the trunk of a gigantic maple tree. Scanning the ground around it, another mushroom came into focus not ten feet from where Joe had cut the first one. It suddenly popped out of the background of leaves like one of those weird visual puzzles you stare into until you see a three-dimensional image in them. Or so they said. Joe was never very good at those damn things. While Joe was off to the east of the trail in a little gully, Lindsay was west of the main trail, up on a rise dotted with elm trees. She too was having great luck that day—the morel god of the Northwoods was surely smiling down upon her. As she bent down to pick another mushroom, she spotted two more. Lindsay smiled and nodded happily as she dropped them into her mesh bag, which was bursting, nearly overflowing with over a hundred morels.

Worth their weight in gold, she thought, patting her bag. But what would go good with them for dinner tonight? Fish? Chicken? Definitely some wild leeks on the side.

Lindsay continued contemplating the evening’s meal as she walked, scanning the ground, a contented grin on her face. She enjoyed her status as the best mushroom hunter in the family; it was a spot of pride and also fueled some friendly competition between her and Joe. She chuckled, wondering how he was faring, knowing that he would never match her haul that day. Lindsay was about a hundred yards away from Joe, and Lily was between them, still walking and humming along the trail. The McGregors had hunted morels at that spot many times before, and they all knew the routine, so splitting up was no big deal… at least not until that fateful afternoon late in April.

It got Lindsay first.

It happened so fast that she never even knew what hit her. The thread of her life was cut so quickly and so cleanly that she was dead before she even hit the ground. She had just found a morel in the leaves at the base of a particularly bushy old elm tree with a thick trunk and had knelt down on one knee to pick it.

That’s when it struck from behind the old elm with a blow so savage and powerful that it took Lindsay’s head clean off. It bounced off the bed of dead leaves like an underinflated basketball, making a muffled thuck sound before rolling several feet to the south and coming to rest right beside a large morel.

He was really concentrating, focused, homed in on the task at hand, his eyes glued to the ground in front of him, scanning back and forth like a speed reader on crack. He met his end roughly ten minutes after his wife’s sudden death. But unfortunately for Joe, he saw his killer.

A dark figure suddenly appeared from behind a maple tree directly in front of him. Joe looked up, an expression of dumb surprise on his face, not knowing or believing what he was seeing. They were eye-to-eye for a split second before the thing dug into Joe’s stomach, opening it up like a surgeon with a scalpel while simultaneously tearing out his throat with its teeth. Hot blood jetted from the gaping wound in Joe’s neck, splashing against the trunk of the maple and pooling on the leaves beneath him. He didn’t even have time to scream.

All the while, Lily skipped along the trail through the woods, clutching her wicker basket tightly in her little hands. She was singing “Let’s Go Fly a Kite” from Mary Poppins, swaying along cheerfully with the movement and momentum of the song. No one knows exactly what happened to Lily McGregor that day. All I know is that she and her mother and father were never seen or heard from again. 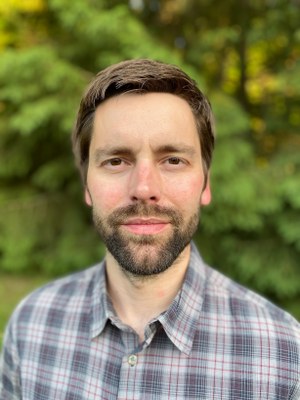 David C. Posthumus began his writing career at age six, when his grandfather read one of his first-grade publications and labeled him "Ernie (Hemingway) Jr." Posthumus is a voracious reader of many genres, fiction and nonfiction, and an avid horror fan and fiction writer. He has published extensively in the fields of anthropology and Native American studies, including one published book (All My Relatives: Exploring Lakota Ontology, Belief, and Ritual, University of Nebraska Press, 2018), one book forthcoming (Lakota: Culture, History, and Modernities, University of Oklahoma Press, 2022), as well as several journal articles, book chapters, and reviews. Aside from having the perfect surname for horror, Posthumus loves dogs, the great outdoors, and is also a musician and lifelong music lover.