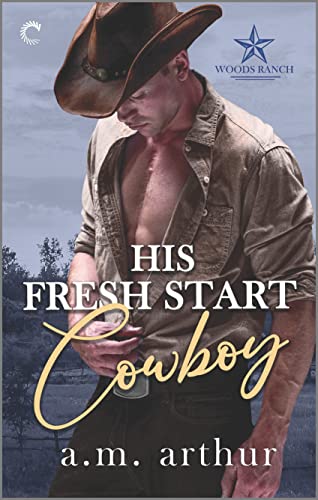 Two cowboys will have to risk their hearts—again—to find a home on the ranch.Hugo Turner's boots haven't touched Texas soil in almost a decade, and he's not sure they should now. Being in the state is complicated, but Hugo can't resist going back for a job working with his teenage crush. His best friend's hot older brother is now the ranch's foreman, so he'll be Hugo's boss. Inappropriate? Probably. Will it stop Hugo? Probably not.Brand Woods isn't ready for the return of Hugo Turner. He decided long ago to keep his bisexuality private and to focus his life on running the ranch. Working next to the most dangerously tempting man he’s ever known stirs up questions Brand thought he'd put to rest.The sparks that send their hearts galloping lead to a deeper passion than either man expects. But by giving in to the chemistry without taking a risk and committing to each other—or, more importantly, to themselves and living the lives they've always wanted—Brand and Hugo might lose their second chance at true love.

Momma Says: 4 stars⭐⭐⭐⭐
His Fresh Start Cowboy is the first in a new series by AM Arthur. That said, this one is kind of a spin-off from her Clean Slate Ranch series, so there is some crossover in the beginning. Once Hugo gets to Woods Ranch, this series is off and running with a second chance for Hugo and Brand. The romance is a slow burn, and the storyline is intense and emotional, especially on Hugo's part. His backstory as well as some things that happen in the present absolutely broke my heart. Brand's insecurity about coming out as bisexual is the source of relationship angst for this pair, but the chemistry is there in spades, and both these guys are so darn lovable.
The book is well-written, the characters are likable, and the story is a mix of emotional, sexy, and sweet. We've been having a cold spell around here, which is perfect for curling up with a good book. What better way to do that than with a hot cowboy romance?