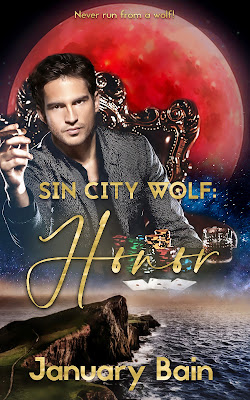 Never run from a wolf!
Isadora Champagne is a witch on a dangerous mission to take down Lucius Luceres. That bad boy Alpha billionaire doesn’t deserve to have it all his way. Thinks he can dump her baby sister after a one-night stand and get away with it! But now that she’s met the shifter, keeping her heart safe from him is going to cost more than a curse to stop him, it just might cost her a pack with the devil himself.
Lucius of the House of Luceres is an alpha werewolf, secure in his bad-to-the-bone reputation. But when confronted by the beautiful Isadora one fateful night, even he can’t help but notice the extreme attraction that instantly ignites between them. But what he hadn’t counted on was how useful her magic gifts can be to the House of Luceres when one of their own goes missing.
Will he be able to set aside the centuries of mistrust that has existed between witches and shifters and allow her special brand of courage and caring heal even the most jaded heart?

“I’m on my way.” I snapped my phone off and strode toward the bank of elevators on the main floor of the casino.

Idiots. One more damn thing that needed my attention. Some of our human employees acted more like children during a full moon, even though our wolves had a far more ancient right to howl. Fighting over a female. Again. Damn it.

The final night of the Lupercalia festival and my wolf was craving some no-holds-barred sex. Or I’d be a candidate for moon sickness, like my pussy-whipped twin had had the audacity to suggest earlier tonight. He finds his Forever Mate and suddenly he’s the expert. A twinge of jealousy I couldn’t quite ignore made me even more pissed off.

Cristaldo marking his one-year anniversary of his marriage to Everly was making him far too smug. Yeah, right, like I couldn’t control my urges. I’m the enforcer for our pack. No need for a mate. Love ’em and leave ’em had worked so far and allowed me all the time necessary to do my job to the very best of my ability.

Pack safety was my number one priority, no matter that I secretly envied my brother his gorgeous mate. Something I’d not be sharing with anyone was that my nights had become lonelier since I’d watched that pair walk around like lovesick puppies, forever fawning over the other. When was their damn honeymoon going to end anyway? Surely a year of sweet nothings was sufficient to bond them forever?

Stepping onto the first available elevator, I caught an amazing scent in the small space. My nose wrinkled with keen interest. Neither entirely human nor wolf, but totally intoxicating with a powerful range of uplifting notes combined with an earthy lust that held my full attention. What is this? I narrowed my eyes at the lone occupant. A female stunning even by Vegas standards leaned against the gold railing opposite me, watching me intently. A goddess standing near six feet tall, just a few inches shorter than myself and impossible to ignore, with her siren-red dress barely covering the essentials.

And what essentials. Long bare legs that went on for miles, curvy hips that nipped into a tiny waist, and full breasts that led up to a Madonna-like face surrounded by loose waves of shiny light auburn hair, a shade richer than strawberry blond. My wolf fired to full alert, mirroring my rapidly hardening cock. She’s mine. I had never heard him so certain. 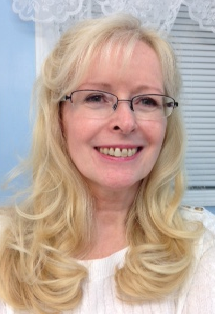 January Bain has wished on every falling star, every blown-out birthday candle, and every coin thrown in a fountain to be a storyteller. To share the tales of high adventure, mysteries, and full-blown thrillers she has dreamed of all her life. The story you now have in your hands is the compilation of a lot of things manifesting itself for this special series. Hundreds of hours spent researching the unusual and the mundane have come together to create books that features strong women who live life to the fullest, wild adventures full of twists and unforeseen turns, and hot complicated men who aren’t afraid to take risks. She can only hope her stories will capture your imagination.

January Bain will be awarding a $50 Amazon or Barnes and Noble GC to a randomly drawn winner via rafflecopter during the tour.
a Rafflecopter giveaway
at February 17, 2022