by Ronald A. Fabick 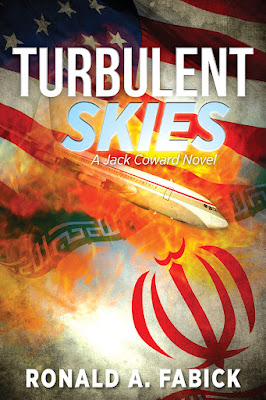 Flight 182 crashes in San Diego, everyone aboard is killed, including Reza Roshtti, who is on his way to present the final plans for a top secret project to his employer, California Robotics. Giti Roshtti appears on a newscast after the doomed flight, Jaffar Hamid Harraj is smitten with the bereaved widow who lives across the globe in the United States.

When Jack Coward, an ex-marine turned private investigator, is hired to find out everything he can about this beautiful woman, Jack sets in motion circumstances that bring Giti and Jaffar together. Unfortunately for Giti, Jaffar Harraj has a deep, dark secret. Jaffar is not only a senior member of the Islamic Hamas Movement, but a psychotic killer.

Jaffar's aim is to use Giti's U.S. citizenship as a mechanism through which he can establish inroads into the United States, the Great Satan of the western world and land of the infidels. One of the missions of Islamic Hamas is to spread terror throughout the United States.

The United States newest lettered agency, NATA or National Anti-Terrorist Agency has some new recruits, Jack Coward and his life-long friend Don Ziegler. They team up with other members of NATA, including ex-Air Force Lieutenant Michelle Hough, to try and discover the plans of Jaffar and the Islamic Hamas, and how Giti is involved in the two.

Looking up from the notes on top of his briefcase that he had been making some last-minute changes to, Reza responded, “Yes, that would have been a big help. Too bad Sacramento put those late-night flight restrictions on a few years ago. Oh well, once this is done maybe I can catch a few winks between here and San Diego.”

“But you have to stop in Los Angeles to pick up Tom!” Giti said, confused. Reza chuckled, “You’re funny, you make it seem like the pilot is going to lower the flaps and set down a 727 for just one guy. There’s going to be other people getting on the plane, you know.” Then, spotting the turnoff to the airport, he said, “Oh, here comes the turnoff, Route 50 onto I-Five. It’s coming up.”

“Sorry! I’m just tired, that's all, I didn’t mean to criticize you.”

Reza released his grip on his coffee cup, slid his hand into his wife’s and gave it a reassuring squeeze. His skin suddenly felt almost prickly and he noticed he’d become unusually hot and sweaty. It’s just nerves, he thought to himself, God, don’t let me get sick now… I must be reacting to the heat.

He remembered heat like this from an earlier, more frightening time in his life. As Giti drove, his thoughts wandered back nine years in time … across the Pacific Ocean, back to another life, when his body was drenched in sweat and his skin was prickly just like it was now—back to the jungles of South Vietnam.

His mind was relentless in its visions: specters from the past came into his sight, faces of young men, buddies who had barely got to know one another before they were brutally killed or maimed as the first mortar rounds struck inside the compound that morning. 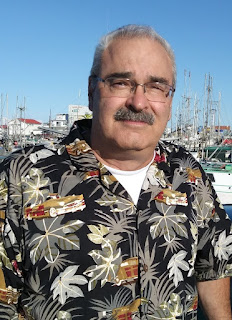 Ronald Fabick was inspired to start writing when an author told him, "If you can read a book, you can write a book". Within two weeks he had the first chapter of Turbulent Skies written.

Prior to becoming an author, Ron spent over thirty years as a Senior Structural draftsman. He uses this extensive engineering experience to add depth and reality to his stories. In his spare time, Ron enjoys crafting furniture in his workshop and tinkering on his vintage truck. Ron now resides on Vancouver Island in British Columbia.

Get your copy of Turbulent Skies

Ronald A. Fabick will be awarding a $15 Amazon or B/N GC to a randomly drawn winner via rafflecopter during the tour.

a Rafflecopter giveaway
at February 21, 2022