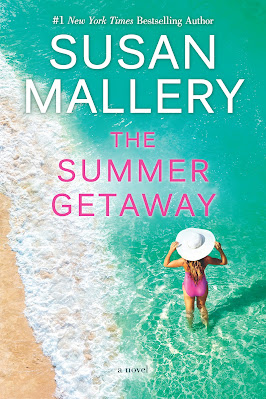 Already a worldwide success in mass market and trade paperback formats, Susan Mallery’s newest hardcover is an emotional, witty, and heartfelt story about a woman who takes a trip to California to figure out her life and get a break from her family...only to be reminded that life--and your children--follow you wherever you go. With a powerful mother/daughter relationship at its core, fans of Elin Hilderbrand, Susan Wiggs, Mary Alice Monroe, and Nancy Thayer will love this book.

Robyn Caldwell’s family is driving her crazy. There’s Harlow, her daughter, who’s engaged to a man she’s only known a short time and is rapidly turning into bridezilla. And her son, Austin, who would rather work with his dad’s family charter boating business than go to college. Her friend, Mindy, who’s playing with fire by contemplating an affair with her tennis instructor. And let’s not forget her ex-husband whose bad behavior has just crossed the line yet again.

Robin needs some time to catch her breath and figure out what her next step should be. So when her beloved aunt Lillian asks her to come to Santa Barbara for an overdue visit, Robyn jumps at the chance. Her aunt Lillian is working on settling her affairs and a distant relative is staying with her that stands to inherit the house. Trouble is the last thing Robyn needs, but she refuses to let her aunt be taken advantage of.

While staying in her aunt’s beautiful, quirky mansion and spending time in the Santa Barbara sunshine with the woman who’s like a mother to her, Robyn will see herself—and the people she loves most—with a bit more clarity. And it will push her to take chances she hadn’t dreamed of before.

But life has a funny way of following you wherever you go. What began as an escape soon becomes an unforgettable adventure…and Robyn is ready to dive in, feet first.

Momma Says: 4 stars⭐⭐⭐⭐
Robyn Caldwell has the right idea. I've thought several times of escaping the crazy that is my family and running away for a bit. Of course, Robyn has the same problem I'm sure I'd have - one by one, they follow her. This story is a good balance of so many elements. I loved the humor and sometimes silly situations. Those lighter moments balance out the drama very well. The characters are all well developed, and they feel like people you could find in your own neighborhood. They're far from perfect, but that just makes them that much more believable. To sum it up, The Summer Getaway is an engaging story about family and all that entails - the drama, the love, the happy, and the sad. It's well written and as I've come to expect from Susan Mallery, it's full of characters I just couldn't get enough of.

“I’m going to sleep with Dimitri.”

Robyn Caldwell picked up her glass of white wine and briefly thought about swallowing the entire contents in one gulp. Mindy’s statement was certainly gulp-worthy. But she knew pacing herself through lunch was the responsible thing to do. A lesson her friend had yet to learn.

“You are not,” Robyn murmured, because shrieking wasn’t attractive. Especially at “the club,” where their friends and frenemies were also enjoying Thursday’s lobster salad. The dining room was filled with forty or so women, all dressed in Florida chic—diamonds sparkling, gold or platinum charm bracelets clinking, necklaces resting on tanned and toned skin.

“I might,” Mindy Krause said, picking up her champagne. “He’s gorgeous.”

“Of course. He’s a thirty-year-old tennis pro. What else would he be?”

Mindy, a petite brunette who was six months from turning forty, sighed. “I need a Dimitri in my life.”

“You have a great husband. Payne loves you and the kids, and never has eyes for another woman. Why would you screw that up?”

“There aren’t any secrets in this town. Not in our social circle.”

Something Robyn had learned the hard way herself. She’d been blissfully unaware of her ex-husband’s affairs until a “friend” had oh-so-sweetly informed her.

“Maybe just some kissing,” Mindy mused. “I want a little Dimitri action. The fantasies make me happy, so imagine what the real thing would do.”

“The fantasies are safe. The real thing could destroy everything you have. Knowing you’ve cheated would devastate Payne.”

Mindy’s mouth formed a pout. “I never see him anymore. All he does is work.”

Robyn stared at her friend-slash-boss. “You two talked about how that promotion would be more work for him but that it would be worth it. You wanted this for him.”

The unreasonable statement grated nearly as much as Mindy’s whine. “This isn’t a good look for you,” Robyn murmured. “You’re changing the rules without telling your husband. That never ends well.”

Mindy dismissed the warning with a quick shake of her head. “I’m not worried. Besides, if he does find out, I can just move in with you.” She laughed. “You’ll soon have that big house all to yourself.”

“You have four kids,” Robyn pointed out. “If things go south in your marriage, I’d rather have Payne move in.”

“Well, that would get people talking.” Mindy held up her empty glass to the server. “More, please.”

Mindy took another sip. “My sister called, swears she found a Thomas Pister chest in a tiny shop in Wales. It’s dirt cheap, so I’m afraid it’s a fake. She’s looking for someone to prove authenticity. Wouldn’t that be a find?”

Thomas Pister had built beautiful chests and cabinets in the late 1600s and early 1700s. His intricate designs with stunning inlays sold quickly and for huge amounts. Depending on the condition and the materials, a good-sized chest of drawers could go for sixty or eighty thousand dollars. 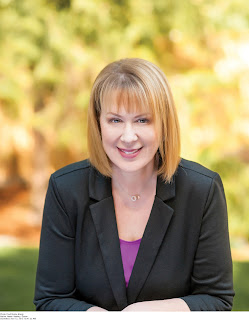 SUSAN MALLERY is the #1 New York Times bestselling author of novels about the relationships that define women's lives—family, friendship and romance. Library Journal says, “Mallery is the master of blending emotionally believable characters in realistic situations," and readers seem to agree—forty million copies of her books have been sold worldwide. Her warm, humorous stories make the world a happier place to live.

Susan grew up in California and now lives in Seattle with her husband. She's passionate about animal welfare, especially that of the two Ragdoll cats and adorable poodle who think of her as Mom.