✱✱Book Review✱✱ Return to the Darkside by Corinna Underwood 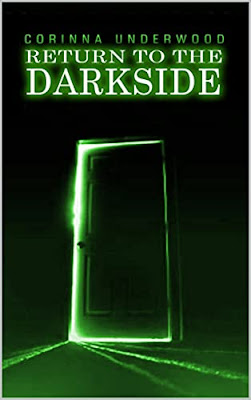 Upon her return home to Manchester, horror writer and paranormal investigator, Pearl Blackthorn, finds herself the topic of several stories in her local newspaper. The stories claim that her unconscious body was found in Nottingham's underground caves. Pearl must find out the real identity of the imposter look-alike and why the woman is haunting her. What has been happening while Pearl has been away and is her life ever going to be the same again? Trying to find answers, Pearl uncovers more about her past than she ever wanted to know. But now it’s caught up with her, she has to stop it in its tracks, before it destroys everything she holds dear.

Momma Says: 4 stars⭐⭐⭐⭐
Well, this one certainly took me by surprise. After reading the first two Darkside Chronicles, I fully expected to find more paranormal investigations with perhaps some answers about Pearl's past. Answers, we get, and while those answers are a little out there, I can't deny that the storyline kept me turning the pages. I don't want to venture into spoiler territory, so I'll just say this one has plenty of excitement and danger. Parts of it come close to tipping over into science fiction, but Corinna Underwood explains things in a way that it all makes sense, and while it does require some suspension of disbelief, the author's writing makes it feel believable enough to give you pause, make you stop and think.
I was glad to see Raven back in this one. He and Pearl have some circling to do on the romantic front, but the chemistry is there. The author keeps it clean and all intimacies are fade to black or behind closed doors. These two have more in common than just their mutual attraction, and that common thread was one of my favorite elements in the story.
Pearl's story is my first experience with Underwood, and I enjoyed the descriptive storytelling and characters that feel so real. There isn’t an overabundance of characters to keep up with, and given the intricate storyline, I was thankful for that. Instead, the author gives us a handful of well-rounded characters that may have some shocking characteristics, but they have flaws as well. Even Pearl’s strong skepticism and determination that there is always a logical explanation humanizes her for the reader. She’s almost stoic in her beliefs. Then there’s Harry and his almost childlike excitement in his search for proof of the paranormal.
To sum it up, Return to the Darkside is a story about more than just what you see on the surface. It’s a story about people and their pasts, their families, their losses, and their loves. About the people who would take advantage of a circumstance and get so twisted up in their determination to prove an idea that it doesn’t matter who gets hurt. This one turned out to be a little bit outside my wheelhouse, but I certainly enjoyed the journey. 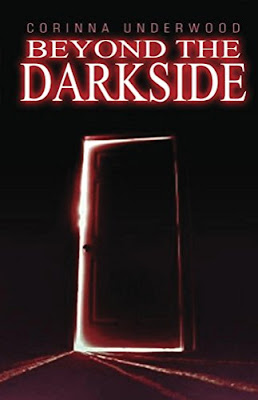 What do a screaming skull, a vampire killer, a murder museum, a demonic pact, and a puzzling paranormal convention have in common? The answer: Pearl Blackthorn. Although she writes for Darkside magazine, and delves into the darker recesses of the imagination for her horror novels, when it comes to the supernatural, Pearl is a diehard skeptic. As if she doesn’t already have enough on her plate, she also has to contend with her growing feelings for Private Investigator Aldous Raven and his search for his missing brother. And as Pearl’s investigations continue, the dark side of her own past is about to catch up with her.

Momma Says: 3 stars⭐⭐⭐
This second book in the Darkside Chronicles is a bit grittier than the first, a bit darker even. There's even the start of a romance for Pearl and Aldous Raven, a private investigator looking for his brother. Like the first book, Pearl moves from one paranormal investigation to another, but there is a kind of common thread. and several questions are raised as things from Pearl's past start to surface. There is some danger and intrigue aside from the paranormal investigations, and there are some unanswered questions at the close of this one, which leaves me curious about what's to come. 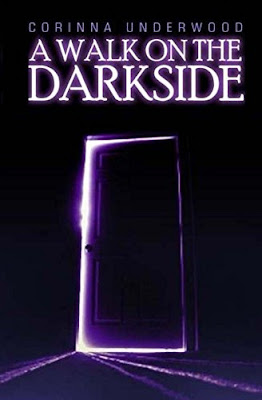 Pearl Blackthorn is a novelist and investigative reporter for Darkside paranormal magazine. Armed with her digital recorder and accompanied by her friend and photographer Harry Raymond, Pearl is sent by her editor J.J Benson - affectionately known as Benny - to the four corners of Great Britain, (and sometimes further), to investigate stories of spirits and specters, demons, prophecy and possession. The problem is, Pearl doesn’t believe in the supernatural; her creative imagination is tempered by a strong skepticism. She is immovable on her stand that there is always a simple, rational explanation behind every report of paranormal activity. But Pearl soon realizes that the intricacies of paranormal events are often far from simple and not always rational. This is the first book in the Pearl Blackthorn series. This edited edition contains Character Confidentials previously unpublished.

Momma Says: 3 stars⭐⭐⭐
A Walk on the Darkside is basically a book of short stories connected by Pearl and Harry as they investigate reports of paranormal activity. Pearl and Harry balance out well in their investigations with her being the skeptic of the pair and Harry wanting to find proof of what he already believes in. The cases feel more like cozy mysteries to me with just a touch of creepy here and there. We are given breadcrumbs along the way that makes each case maybe a little easier to solve than it should be. Nevertheless, this is an entertaining, light read, great for a couple of hours' escape.