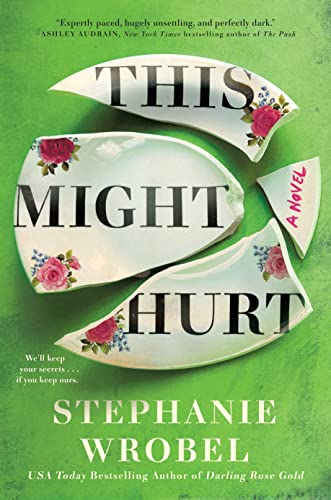 Welcome to Wisewood. We’ll keep your secrets if you keep ours.Natalie Collins hasn’t heard from her sister in more than half a year.The last time they spoke, Kit was slogging from mundane workdays to obligatory happy hours to crying in the shower about their dead mother. She told Natalie she was sure there was something more out there. And then she found Wisewood.On a private island off the coast of Maine, Wisewood’s guests commit to six-month stays. During this time, they’re prohibited from contact with the rest of the world—no Internet, no phones, no exceptions. But the rules are for a good reason: to keep guests focused on achieving true fearlessness so they can become their Maximized Selves. Natalie thinks it’s a bad idea, but Kit has had enough of her sister’s cynicism and voluntarily disappears off the grid. Six months later Natalie receives a menacing e-mail from a Wisewood account threatening to reveal the secret she’s been keeping from Kit. Panicked, Natalie hurries north to come clean to her sister and bring her home. But she’s about to learn that Wisewood won’t let either of them go without a fight.

Momma Says: 4 stars⭐⭐⭐⭐
The whole idea of a cult just creeps me out. So, here I sat, curled up in my chair, and reading about Wisewood had the little hairs on the back of my neck standing on end. The story seems confusing at first. Between moving from past to present and back again, and getting three points of view, it's a lot to keep up with. Looking back on it now, I feel like that was intentional, and Wrobel does bring it all together. The story has a steadily rising tension, particularly what's happening at Wisewood, and there's the secret Natalie is worried about. Speaking of what's happening at Wisewood, I have to hand it to Stephanie Wrobel - the more I read, the more I was telling Kit to get out of there. Of course, it would've been a short book if she'd listened. Does she eventually get out? Well, that would be a big ol' spoiler, so I'll just say the ending was not what I saw coming, but it was exactly right for this story. To me, a psychological thriller should mess with your mind, and this one certainly did that.