Don't Get Close Tour and Giveaway 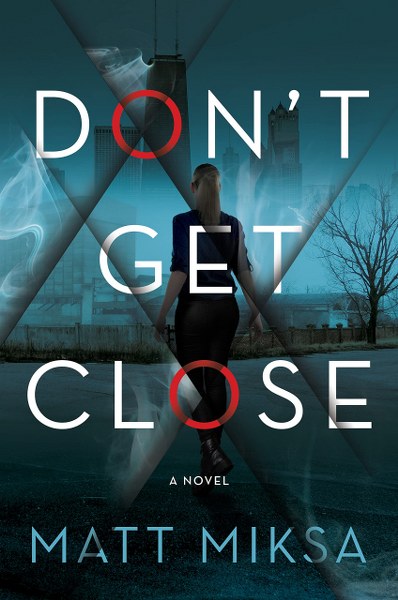 An infamous reincarnation cult resurfaces in the wake of a deadly bombing, and it’s up to an FBI novice to learn its true aim—and uncover its dark past before it consumes her.

Special Agent Vera Taggart walked away from a promising career as an artist to join the FBI, and she impresses her new colleagues with her eerie ability to divine conclusions from the grisliest crime scenes. Taggart’s first assignment is a decades-old cold case centered on a cult of suicide bombers known as the Sons of Elijah who believe they’ve been reborn hundreds of times, going back centuries. It seems like a low-risk assignment until a bomb tears apart a crowded Chicago restaurant. The Sons of Elijah have returned—and now it’s up to Taggart to stop their modern-day reign of terror.

Taggart’s investigation begins with Dr. Seth Jacobson, a renowned psychiatrist who claims to help people remember past lives through hypnotherapy. Jacobson had treated two of the Sons of Elijah’s founders before they’d gone on to commit a series of horrific murders. Desperate to understand how these ordinary patients could have taken such a violent path, Taggart agrees to undergo similar treatment with Jacobson.

Through her hypnosis sessions, Taggart comes to suspect the Sons of Elijah are targeting a high-tech government laboratory that could expose the group’s greatest secret with a controversial experiment. To save millions of innocent lives, Tag must come to grips with the shocking truth about the cult and her own puzzling role in its timeless mission. The fate of humanity rests on her ability to determine which threats are real and which exist only in her mind—and to decide whose side she’s really fighting for.

If he finds me, he’ll stab me again, right through the belly. Sophie Whitestone pushed into the holiday crowds gunking up Michigan Avenue. She’d fold into the herd and disappear. When zebras packed in close, their stripes con- fused predators. Hadn’t she read that somewhere?

Strings of lights wrapped around the tree trunks lining Magnificent Mile, the wires like green snakes, coiling up every crooked branch, reaching the raw tips where new buds wouldn’t emerge for another five months. Each blinking bulb reflected off the carpet of fresh snow, where Sophie’s rubber soles made glistening patterns—little lacy flowers. These boots were her favorite. Something about leaving trails of icy blooms seemed magical, like spreading winter wishes.

These were childish notions, she realized with some sad- ness, not the ideas of a young woman. A college woman, who just that morning had stamped those enchanting impressions across the University of Chicago’s snow-covered quad, each oval evenly spaced and deep-set from a confident stride. Not hitched and staggered, like the damp shapes she was now marking on the downtown sidewalk.

He’ll follow my footprints, Sophie thought. Even if I’d lost him back at the L station, he’ll track those kiddie sunflowers.

Another drop of blood detached from the cuff of her coat and landed on the bright ground. Sophie winced and grabbed the sleeve, which was too long and hung limp past her fingertips. It wasn’t actually her coat. It belonged to a forgetful businessman who’d sat beside her on the Red Line. Sophie had stolen it, in fact. That “S” word made her sound like a criminal—like a thief—but she’d only taken it because she had to. In any case, she’d ruined it (blood never came out completely), but it was still in better condition than her own coat, which now sat stuffed inside a trash bin with a hole punched through its Gore-Tex shell. A perfect, round hole that matched the one in Sophie’s shoulder.

Even if he can’t track the boot prints, he’ll follow the dripping red trail. And if he catches me . . .

A woman screeched and Sophie’s shoulder blades flinched, sending shoots of pain down her arm. She dared to turn and look, just as the shriek swooped into a clucking laugh and the woman fell into a handsome guy’s embrace. He smiled through a graying beard. This man looked kind. It wasn’t him. He was still out there, somewhere in the crowd.

Sophie pushed through the pain. She accidentally kicked the back wheel of a stroller—a double-wide couch-on-wheels built for two. The lady steering the monstrous thing glared, and the pair of tots strapped inside, bundled up to their gums, squealed like piggies.

“I’m sorry, excuse me,” Sophie mumbled, and then regret- ted opening her mouth at all.

Shut up! she begged herself silently. Don’t speak. He’ll hear you and then he’ll find you and he’ll take out that weird screwdriver, the one with the handle shaped like brass knuckles, and he’ll add a few more holes in your body, or maybe more slash marks to match the ones from before, so please please please SHUT UP!

The lady snapped, “Just watch where you’re going, all right? Look, if you can’t handle a crowd, you should turn around now. It doesn’t get any better down there.” 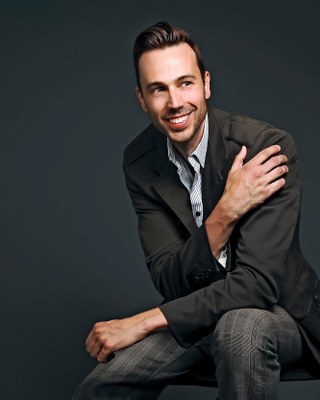 Matt Miksa is a former FBI intelligence analyst who helped prevent foreign spies from stealing America’s secrets. Today, he writes thrillers that blend history, politics, and science. Matt holds a graduate degree in China Studies from Columbia University and has spent time living in Beijing. He currently resides in Chicago with his wife and two daughters.