Title: Howl Down the Moon 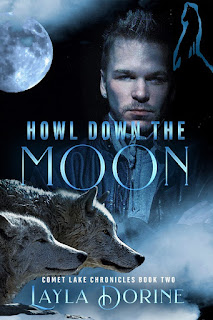 Luka knows he screwed up the night he tried to help Raine. He always gets things wrong—one of many reasons he steers clear of the rest of the pack. Besides, he doesn’t deserve the fellowship of other wolves, not with how badly he failed when it mattered most.

Rand has seen a great deal during his time as pack physician, both good and bad. Helping others is his life’s calling, so when a wolf shows up with bitemarks from an altercation with another wolf, he’s quick to treat, but when he learns the name of the wolf bleeding on his clinic floor, he’s quick to judge, too. Too bad he fails to take the time to learn the whole story.

Speaking of stories, there’s one Slade has refused to listen to for years—so much so, he’s relegated himself to the borderlands to avoid having anything to do with those who caused the tragedy that cost him his twin and the vengeance he knows will damn him for life if he carries it out.

A series of decisions, good and bad, brings the lives of these three wolves crashing together. In Comet Lake, that’s called fate. The spark of a chance. Now it’s up to them to put stubbornness aside, stop answering questions with questions, and pause in their self-loathing long enough to listen to one another, put their pasts behind them, and learn how to love.

Where had the sun gone? Yes, it was fall, and the days had been growing shorter, but for it to be nighttime already, it had to be…well…damn. Scrubbing a hand over his face, Dr. Randal Forrester realized he’d once again forgotten to take a dinner break or lock up at a reasonable time. Standing, the pang of pain that shot through his lower back was a reminder that he’d also been sitting too long. So much for following the instructions he gave his patients. Leaning back, he stretched until he felt something pull, then bent to touch his toes. A series of pops ran down his spine, providing instant relief.

His stomach rumbled, so he shut down his computer and made sure a printed copy of tomorrow’s schedule was placed front and center on his desk. A light day. Provided there were no emergencies, maybe he could get some fishing in. A little sunlight, a little relaxation—it wouldn’t do for the pack’s only doctor to end up sick himself.

Times like these, when he was restless and eager to spend time in the woods, he wished Doc Washington hadn’t retired. Not that the elder hadn’t deserved it—he’d devoted more than forty-seven years to healing and tending to his pack—but lack of another doctor, or even a nurse practitioner, made it difficult to take a break when he was always on call.

One last walk through the offices, just to make sure he’d turned all the lights off. Moonlight streaming in through the window of his counseling space slashed across fur that didn’t belong there. Flipping on the light revealed a gray-and-white stuffed goose, which had been accidentally abandoned earlier in the day. Picking it up, he relocated it to his office before shooting Gabe a quick text message to let him know Raine’s goose was here. Knowing the wolf the way he was coming to, Gabe would beat him to the door in the morning to collect that goose for his mate.

Honestly, he wasn’t surprised Raine had forgotten it. They’d had a tough session, with Raine slowly trusting him enough to open up and talk about the conflicting emotions he was currently struggling with. His secretary had left hours before, shutting down the front half of the clinic, which was why Doc was almost startled out of his skin to hear rustling coming from there.

Irritation and outrage bubbled to the surface. He stalked toward the sound, intending to give some drug-seeking wolf a piece of his mind and an offer of counseling. Instead, he found Mister Meow batting around a crinkly cat toy, the fluffy orange cat fixing him a look like What? when Doc illuminated him with his phone. How many times, how many had he told Stephanie not to let that damned cat in, even if it was after office hours and all the exam rooms were closed? It didn’t matter that she vacuumed the carpet each morning either. A clinic was no place for a cat!

Sighing, he knelt, clucking his tongue at the cat, intending to catch it and put it back out where it belonged, when several raps on the front door drew his attention. Grumbling, he threw up his hands and marched across the room, yanking the door open only to have the wolf on the other side spill over the threshold. They’d have hit the floor if he hadn’t reacted quickly and caught them.

A low, rumbling groan escaped the dark-clad form as Doc carefully shifted them in his arms and carried them to the nearest exam room. Wavy strands of golden-brown hair, shot through with flaxen and white streaks, spilled out from beneath the black hood, half obscuring the wolf’s face. Doc brushed it back, the heat beneath his hand indicating a fever. Flushed and sweaty, their eyes were closed, their breathing heavy and labored. Doc ran a thermometer over their forehead, the instrument display reading 108.4. Dangerously high for a wolf, risking brain damage for a human, but the chances of it being human were near impossible.

The eyes beneath the closed lids were hickory-gold and dilated when he shone a light into them. Their clothes smelled of cedar, pine, and rot, like an infection raging out of control. Doc gently unzipped the hoodie and peeled up the T-shirt beneath, gasping when he saw the red, swollen bite on the other wolf’s side, oozing pus from places where it wasn’t packed with the remains of some kind of poultice. The skin around the wound had rotted away, making it clear to him this wasn’t recent, but the wolf itself wasn’t known to him.

Odd, but not necessarily alarming. In the six years he’d lived among the Pacific Northwest pack, he’d come to learn how spread out some members of the pack chose to live. It made sense that one who lived near the outskirts might not have had a need to seek him out until now. It was also quite possible that this was the new mate of a pack member, but a quick inspection of the wolf’s wrists revealed there were no bond marks on either one. So much for that theory. 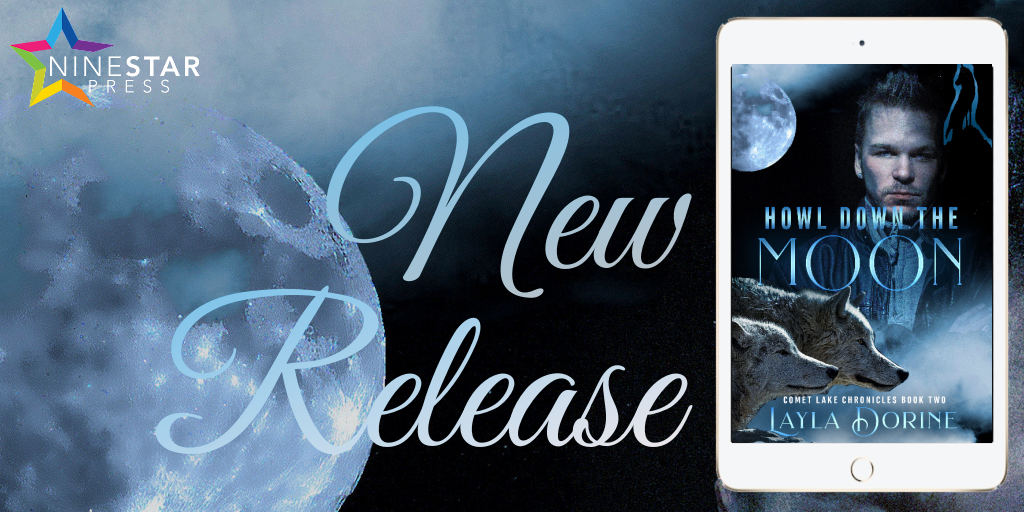