Momma Says: To Read or Not to Read 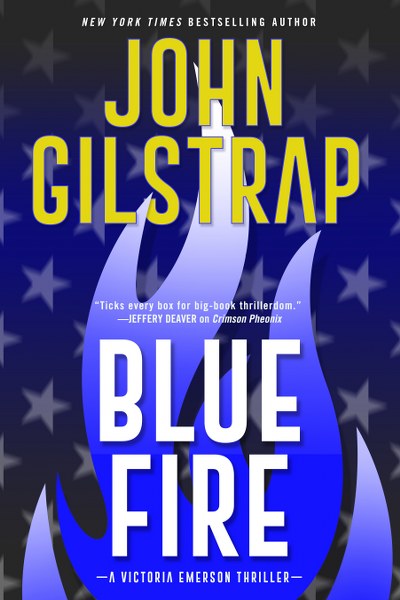 John Gilstrap, the New York Times and USA Today bestselling author of the Jonathan Grave novels, continues his acclaimed Victoria Emerson thriller series with Blue Fire.  In the wake of a global conflict that has devastated America, one woman must lead—and protect—a community of survivors determined to rebuild all they have lost . . .

They call it Hell Day—a world war that lasted less than twenty-four hours. Nations unleashed weapons that destroyed more than a century’s worth of technology. Electrical grids cannot generate power. Communications and computers cannot run. And the remnants of the U. S. government cannot be depended upon. Those who survived must live as their ancestors did, off a land ruled by the whims of nature.

One-time congressional representative Victoria Emerson has become the new leader of the small town of Ortho, West Virginia. She has been struggling to provide food and shelter for the town’s inhabitants, while coping with desperate refugees. An autumn morning’s calm is shattered when her teenage son sounds the alarm with the cry “Blue Fire”—the code phrase for imminent danger.

A band of National Guardsmen intends to take Ortho and its resources for themselves. They have enough soldiers and firepower to eliminate anyone who dares to stop them. But Victoria swore an oath to defend and protect her people, and she isn’t about to surrender. It’s time to tap into the traditional American values of courage, ingenuity, and determination – and fight fire with fire.

Victoria Emerson heard the urgency in the tone before she understood the words. She pivoted toward the back door as she rose from the table that she’d transformed into a makeshift desk in what used to be a diner called Maggie’s Place. Since the days immediately following the war, Maggie’s had served as an ersatz city hall. Her knees scooted her chair across the wooden floor as she stood.

“What on earth is that?” asked Ellie Stewart. They’d been meeting about the status of the clothing bank now that winter was clearly in the air.

“Whatever it is, it sounds important.” Victoria opened the door.

A horse approached at a full gallop. Its rider, her fourteen-year old son Luke, hung tight to the saddle horn with his left hand while he slapped the reins with his right. Never setting a horse until a few weeks ago, he’d taken to it well, but he was pushing the beast way too hard on the asphalt roadway.

Victoria’s heart skipped a beat and then doubled its rate.

“Is he shouting blue fire?” Ellie asked, leaping to her feet. Everyone understood Blue fire to be the code phrase for the highest level of alert. It meant imminent danger from deadly forces, whether man-made or from natural causes.

Victoria didn’t answer. Instead, she reached back inside the door and grabbed the M4 rifle that was never more than a few feet away from her. It was a sad fact about feral, terrified humans that violence came more instinctively than kindness. That was a lesson hard-learned in the first days after the war.

Slinging the rifle over her shoulder, she adjusted the pistol on her hip to make room for the stock, and stepped the rest of the way outside. She waved, trying to get Luke’s attention, but he was focused on spreading the word on imminent peril. She shivered against the chill of the autumn air and jogged around the side of the building to jog toward the intersection of [X & Y] streets, the spot that had evolved by silent consensus to be the social and governmental center here in Ortho, West Virginia.

This unincorporated little burgh had never had its own town government, instead taking leadership from a county whose real leaders had evaporated, either killed in the attacks and their aftermath, or just choosing to go away. Those who remained had survived the unspeakable destruction of Hell Day—the eight-hour conflict that left the world in ruins—but all the technology and conveniences of the 21st century were gone. Even the previous century was beyond reach. Electricity was a memory, and without it little else worked. Most of the homes that existed on Hell Day had propane in the tanks buried in their backyards, and as long as pressure remained, the gas could flow. But the clock was clicking down on that, too.

Equipment that used microcircuitry or was even moderately computerized had been transformed by electromagnetic pulse into paperweights and doorstops. A few ancient cars still worked, but without electricity to power pumps, it was a daunting challenge to raise gasoline from underground tanks where it languished unused.

As she hurried toward the square, Victoria looked across the street and caught the eye of Army Major Joe McCrea, who returned a look of dread. He had not made the progress he’d been hoping for on the construction of barricades to provide some level of protection from miscreants and marauders. The town still reeled from the attack from the Grubbs gang just a few weeks before.

Rifle in hand, McCrea jogged to intersect Victoria’s path to the square. She slowed, but only slightly.

“This better not be a mistake,” McCrea said, making a broad gesture to the dozens of people who were responding to the call and flooding toward the square. “That would be a bad way to start.”

The emergency response protocol was new to everyone. Most agreed that a swift response was key to mitigating any emergency, and they’d voted overwhelmingly to arm themselves while outside their homes. Those with access to long guns—in this part of the world, that meant just about everyone—agreed to keep that heavier firepower close at all times.

McCrea’s biggest fear about the new alarm protocol, which he’d voiced only to Victoria, was overreaction and alarm fatigue. People had different opinions of what emergencies looked like, and if miscalculations resulted in a series of false alarms, especially in the early days, the system would quickly fall apart.

The fact that Luke Emerson was the first Paul Revere to trigger the alert protocol made it even more important that the emergency be real. Victoria had risen to leadership in Ortho by default rather than by election, and while her support remained strong among the original residents of the town, the daily flood of newcomers placing demands on the community’s already limited resources were forcing her to make decisions that were increasingly unpopular. 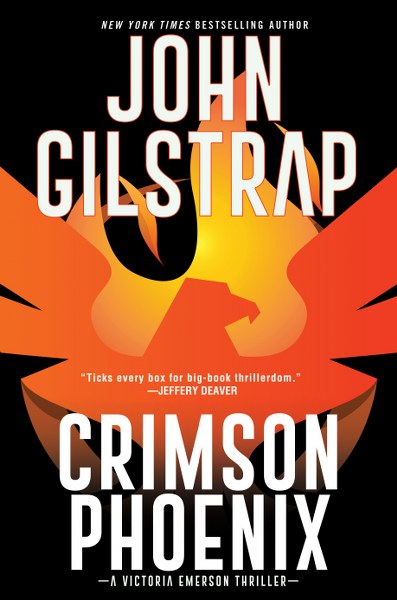 Brad Taylor meets The Stand in a riveting novel of suspense kicking off a brand new series perfect for fans of the page-turning novels of A.G. Riddle, Mark Greaney, and Matthew Mather.

“One of the most singular and compelling heroines to come along in years.”
—Jeffery Deaver, New York Times bestselling author

From John Gilstrap, the New York Times and USA Today bestselling author of the Jonathan Grave novels, comes Crimson Phoenix—first in the new Victoria Emerson Thriller series.  With America brought to the brink of destruction, one woman becomes the last hope of a nation and its people . . .

Victoria Emerson is a congressional member of the U. S. House of Representatives for the state of West Virginia. Her aspirations have always been to help her community and to avoid the ambitious power plays of her peers in Washington D. C. Then Major Joseph McCrea appears on her doorstep and uses the code phrase Crimson Phoenix, meaning this is not a drill. The United States is on the verge of nuclear war. Victoria must accompany McCrea to a secure bunker. She cannot bring her family.

A single mother, Victoria refuses to abandon her three teenage sons. Denied entry to the bunker, they nonetheless survive the nuclear onslaught that devastates the country. The land is nearly uninhabitable. Electronics have been rendered useless. Food is scarce. Millions of scared and ailing people await aid from a government that is unable to regroup, much less organize a rescue from the chaos.

Victoria devotes herself to reestablishing order—only to encounter the harsh realities required of a leader dealing with desperate people . . .

“Just the thing for readers who feel oppressed by the pandemic lockdown.”
—Kirkus Reviews 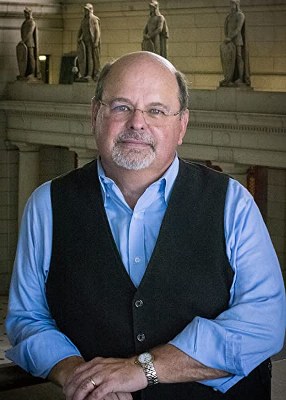 John Gilstrap is the New York Times bestselling author of award-winning action novels including the Jonathan Grave Thrillers and the Victoria Emerson Thrillers. A master of action-driven suspense, his books have been translated into more than 20 languages. He is the recipient of an International Thriller Writers’ Award for Against All Enemies, the ALA Alex Award for Nathan’s Run, and a two-time ITW Award finalist. A nationally recognized weaponry and explosives safety expert as well as a National Shooting Sports Foundation member, John Gilstrap frequently speaks at conferences, events, clubs, youth programs, and military bases. He is a former firefighter and EMT with a master’s degree in safety from the University of Southern California and a bachelor’s degree in history from the College of William and Mary in Virginia. John lives in Fairfax, Virginia.