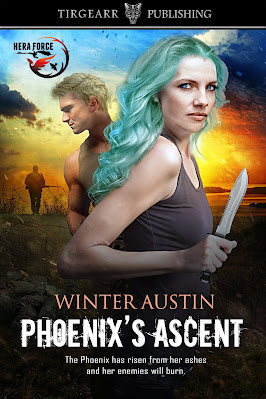 A maniac developing a fantastical drug wants one more thing to finalize the project—a test subject who fits all the parameters. But that test subject is as elusive as her namesake.

Ex-SAS operative Mitch Edwards has been on the run since the moment he was framed for treason by someone in the British government. But he’s never forgotten the flamboyant and seductive CIA operative with the tongue of a thousand languages. In a bar in Cancun, Mexico, Mitch comes face to face with her once more, and with her comes the full force of her enemies.

Reinstated Hera Force linguist and assassin, Nadia Roth, code named Phoenix, has no memory of Mitch Edwards, or of their affair before her team’s disastrous mission. Her traumatic brain injury is tricky that way. But something about this man sets her on fire and tickles the back of her mind. Her Hera teammates remember him, so why can’t she?

Mitch partners up with Hera, with the sole intent of locating those hell-bent on killing him and all who are associated with him. Yet more is at stake than their lives. A traitor hides among their ranks, one who has been revealing all their secrets to an enemy determined to procure this special drug and Nadia for his scheme.

Hera goes into operation mode, doing what they were created to do, but someone is watching, and the team finds themselves trapped behind enemy lines with no way out.

Will Nadia ever remember the man she once loved, or will they perish with the secret between them?

Eighteen months in Cancún, he’d seen the cartel violence escalate at a rate that made his time fighting in the Afghan war look like a Sunday stroll through Kensington Gardens. Despite it all, exiled SAS operative Mitchell Edwards stayed on. Where else was a man framed for treason supposed to hide out?

Swirling margarita glasses in hot, soapy water, he kept an eye on the open doorway, nodding at the comings and goings of the patrons. A breeze off the sea rippled through the grass roof. The salty, sweet air buffeted his damp face, cooling him. The sea beckoned, tempting him to come and play.

Later. After his shift. A swim in his little alcove sounded marvelous.

Mitch set the sanitized glasses on a drying rack. He raked his fingers through his blonde hair—it still took some getting used to having his hair this long—and flipped the curled strands out of his eyes. Looking and feeling more like Robinson Crusoe than Mitch Edwards. Snorting, he grabbed another handful of bar glasses and plunged them into the hot water. That he wasn’t stranded on a deserted island in the middle of the bloody sea was a better outcome compared to his fictional counterpart.

Shadows passed over the bamboo shades, dampening the late afternoon sun that bounced off the pristine sandy beach. Three men entered the bar and paused inches inside the doorway. The lead man wore a cream-colored blazer over a brilliant blue shirt, and khaki slacks. The two flanking him wore similar styled clothing, the exception being the noticeable bulges under their blazers. Lead man pulled his sunglasses from his eyes and did a quick sweep of the bar. Seemingly satisfied by whatever he did or didn’t see, he pointed at the two with him. They stepped past, and did a circular walk around the bar. Their predatory motions put Mitch at attention.

Mitch’s little, insignificant bar had attracted unwanted visitors. His quick initial assessment turned scrutinizing. These were not casual visitors, not with those bulges. No. Mitch’s blood ran cold. These three had to be cartel. What the hell were they doing here? They tended to avoid the tourists’ haunting hours, preferring to do their dirty work in the black of night.

Giving him a curt nod, Mitch moved to the fridge. From the corner of his eye, he spotted three more men enter the bar, sporting similar bulges under their jackets to the other two, who were now stationed on opposite sides of the bar. Tension coiled through Mitch’s muscles. The place was half-full of patrons. He didn’t need or want a turf war to go down with innocents caught in the crossfire.

He retrieved the asked-for beer. The fridge door slapped shut behind him as he returned to the dapper dressed man. Mitch cranked off the metal top and held out the beer. 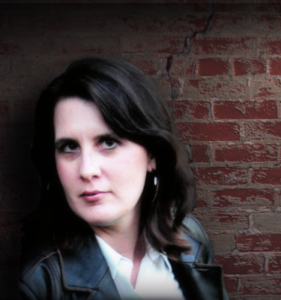 Winter Austin perpetually answers the question: “were you born in the winter?” with a

flat “nope,” but believe her, there is a story behind her name.

A lifelong Mid-West gal with strong ties to the agriculture world, Winter grew up

listening to the captivating stories told by relatives around a table or a campfire. As a

published author, she learned her glass half-empty personality makes for a perfect

suspense/thriller writer. Taking her ability to verbally spin a vivid and detailed story,

When she’s not slaving away at the computer, you can find Winter supporting her

daughter in cattle shows, seeing her three sons off into the wide-wide world, loving

on her fur babies, prodding her teacher husband, and nagging at her flock of hens to

stay in the coop or the dogs will get them.

She is the author of ten novels, with more on the way.

Winter Austin will be awarding a $10 Amazon or B/N GC to a randomly drawn winner via rafflecopter during the tour.