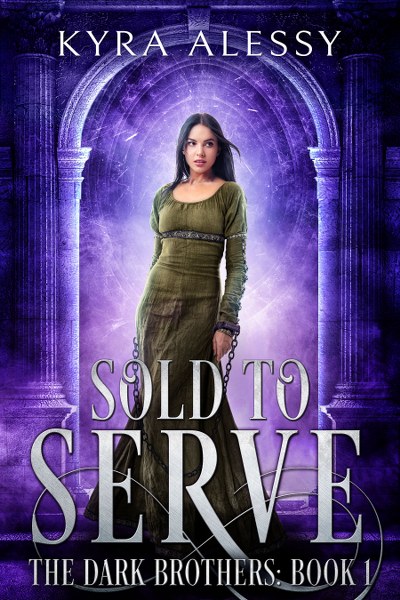 A woman in the wrong place at the wrong time. Three cruel mercenaries who could be her saviors … if they don’t kill her first …

Kora ran away to start a new life where she was in control of her own destiny and her own body. Instead, she was captured and auctioned to the highest bidders: Three former mercenaries with black hearts.

Mace is their leader; ruthless and unforgiving. Kade lives in the shadows and, if his growls are anything to go by, may not be a man at all. The third one, Lucian, seems to delight only in wine and tormenting their new possession until she breaks ... and she might. Kora wasn’t a slave before and she must keep that secret at all costs. If they learn who she is, she’ll be forced to marry a man who scares her far more than her harsh masters.

Can she escape these three dangerous Brothers who have begun to show her that there is more to them than their tragic pasts? And if they find out her secrets, can she trust them not to throw her to the wolves?

Sold to Serve is the first book in the Dark Brothers Series of dark fantasy RH romance. If you like enemies to lovers, deliciously dark antiheroes and your love stories with bite, you will adore this book by Kyra Alessy.

Unlock the first standalone adventure in this amazing series today!

Author’s Note / DISCLAIMER: There are aspects of bullying in this, dark, why choose romance as well as dubcon and violence. 18+, my friends! If you like that sort of thing, I’m pretty sure you will enjoy this story. Although the road to happily ever after might be a rough one, arriving there is guaranteed (Also, no cheating and no cliffhangers. Not ever!) 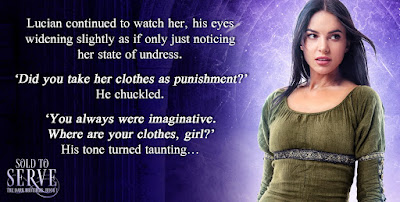 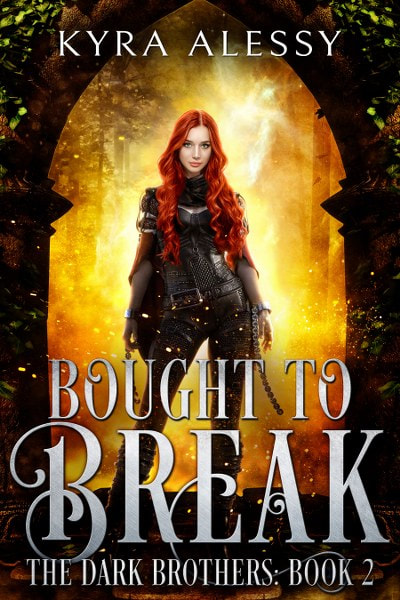 A woman freed from chains. Three ruthless mercenaries seeking revenge. Intense attraction that won’t be denied … whatever the price.

Lana’s days are filled with backbreaking work and her nights are spent hiding from her master’s son, but, when dangerous mercenaries pass through her village, her life is changed forever...

She’s thrust into an outside world she’s only ever dreamed of.These warriors are unlike any men she has ever known. Driven by desperate vengeance, they’ve been broken by the tragedies of their pasts. Viktor is gruff and hard, Sorin, quick-witted and funny, and brooding Kane wields a power that terrifies her. Each hides sadness that rivals her own and Lana is drawn to them as well as their dangerous desires.

When a formidable enemy threatens them, can her bond with the three mercenaries save them all? Can she help them find the humanity they’ve lost, but more importantly, will they want her to?

Bought to Break is the second standalone story in the acclaimed Dark Brothers Series of dark fantasy romance. If you like enemies to lovers, flawed alphas who protect their resilient woman, and your love stories with bite, you will adore this book by Kyra Alessy.

Unlock the second standalone adventure in this amazing series today!

**Author's Note: This is a dark, why choose fantasy romance with scenes that some have called 'darker than the first book'. You have been warned! (There's a happy ending of course, though!) 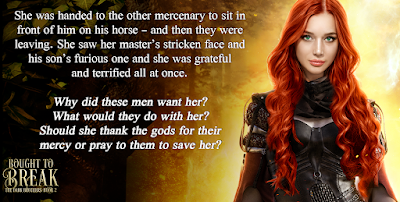 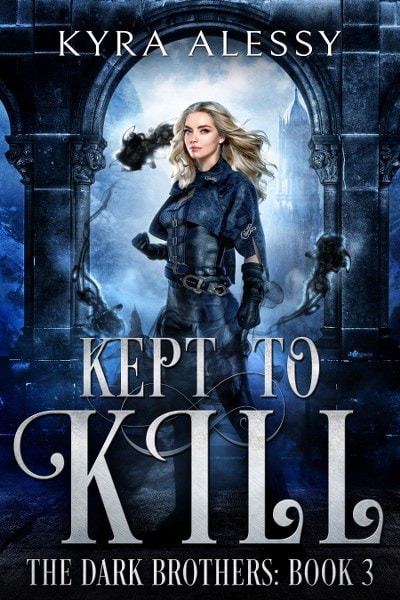 Lily has been alone for most of her life. Held as a captive. Used as a weapon.

The mercenaries who ‘rescue’ her are as intriguing as they are brutal, but Lily is still a pawn in the games of men. They’ll use her and cast her aside if she lets them. That’s if she survives what comes next…

Quin, Commander of the Dark Army, has only one goal and will let Lily die if it serves his purposes, but he’s also drawn to her in a way that makes him wish for more. No one is safe from Mad Mal, a monster who kills to satisfy dark needs. He will make her pay for tempting the other beast he hides within. And the playful Bastian seems harmless, with a taste for wine and women, but he might just harbor the darkest soul of them all...and the darkest secrets.

Each man has his own twisted torments and fierce desires that Lily cannot fathom after her years a captive. But as the days and nights go by, she begins to realize she needs something she never thought she’d have and it may not be the freedom she always yearned for at all.

Can she unlock the hearts of these men who care for nothing and no one to find the pieces of themselves they buried long ago, or will they decide their mission is more important than the woman who brings them to their knees?

Kept to Kill is the third standalone in the Dark Brothers Series of dark fantasy romance. If you like strong, but desolate heroines, antiheroes that make your blood run cold even as it heats up, and your Happily Ever Afters with some darkness before the light, you will love this book.

Read the next dark adventure in this amazing series today!

Authors Note: This story contains knife play, angst for the FMC, and, although she can hold her own, things are not great for Lily at first. If you don’t enjoy that kind of story, continue at your own risk. 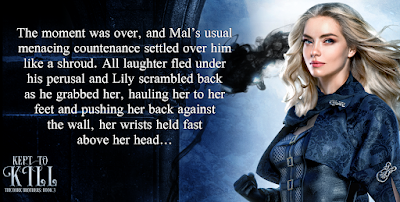 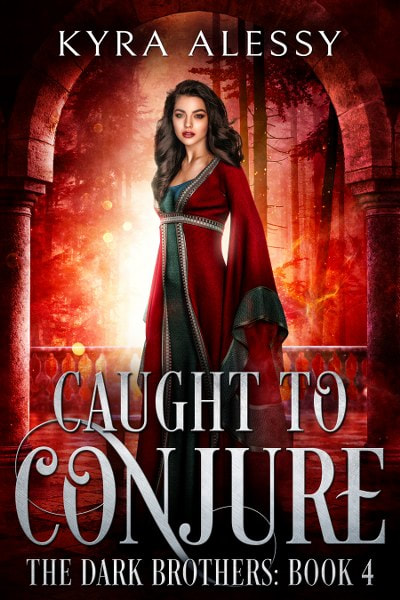 A powerful witch who escaped a cruel life. Three stubborn enemies who would drag her back. Can they save their world together or will past hatred prove stronger than love?

Growing up hated and despised, Vie escaped her uncle and the three men who made her miserable. She vowed never to return to that life nor to let herself be treated like that again.

But then they found her…

Drake, Krase and Vane might be mercenaries of the Dark Army, but their loyalties lie elsewhere. They’re marked by their wretched pasts, their hatred of witches and their allegiance to a cunning zealot.

When tasked to retrieve a witch with untold powers, they don’t expect to find Vivienne, the mistreated pariah from their academy days. But gone is the downtrodden, awkward girl they knew. In her place stands Vie, a force to be reckoned with, someone who confuses them and makes them feel more than hatred.

Can Vie stand up to those who tormented her? Can she make them see that she’s not their true enemy? That she needs their help to save their world? Or will they ignore the fire that burns between them and hand her over to a fate far worse than death?

Caught to Conjure is the fourth standalone in the Dark Brothers Series of dark fantasy romance. If you like the angst of bully, antiheroes that make you hate them before they become your favorites, and your happily-for-nows with some darkness before the light, this book is for you.

Authors Note: This is an 18+ dark romance that some may find triggering. It is not real life, its fantasy, but continue at your own risk. 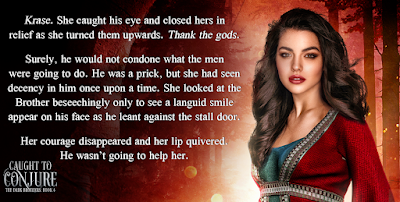 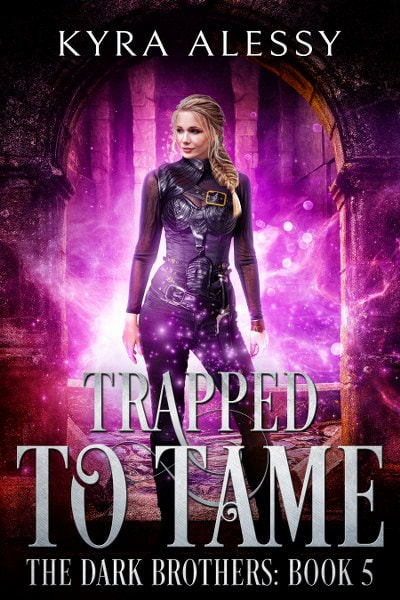 A woman fighting to survive. Three fae males on a mission. Can love save their worlds from destruction? Or will hatred ensure their deaths?

Eve lives an indentured life, controlled by her keeper, forced to fight for others’ gains. She thrives on combat because it’s all she knows … because she can win and to lose means her body is the victor’s prize.

Drax, Priest and Fie are fae mercenaries on a mission to save their kind. When an unclear vision leads them to a mysterious woman who can hold her own in a fight with a man three times her size, they know they’ve found the one they’ve been searching for … and she’s nothing like they expected.

This starved, unkempt, half-breed female is an enemy. The men will do whatever’s necessary to ensure her cooperation and, if she gives them any trouble, they’ll make her wish she had died in the fighting rings. She WILL help them succeed in their mission …

Trapped to Tame is the fifth standalone in the Dark Brothers Series of dark fantasy romance.

If you like hot, fae males, antiheroes you love to hate, strong heroines, and your multiple POV stories with some darkness before the light, tap now!

Authors Note: This is an 18+ dark romance that some may find triggering as it contains violence and scenarios you personally might find disturbing. It is based in a fantasy world but please continue at your own risk. 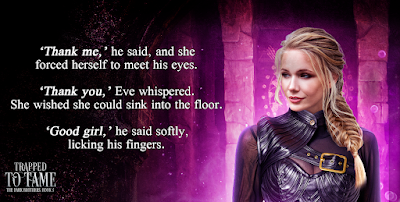 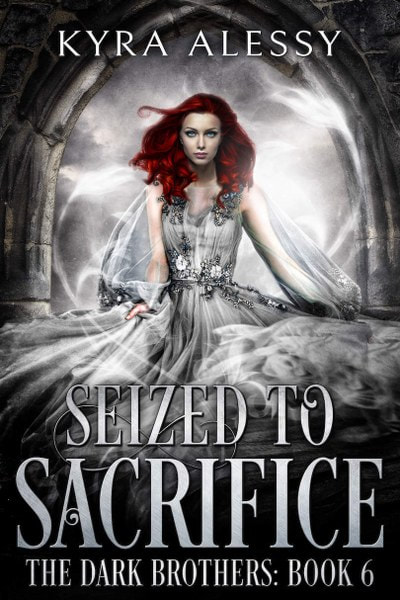 She has no memory of her past. They remember her crimes well. Can love save them, or will everything they care about be destroyed?

She doesn’t know anything about herself, not even her own name. Trapped in a cage, all she can do is wait for her turn to be auctioned … until a mercenary dressed in black releases her.

She’s drawn to him and the other two lords of his keep, but though their eyes are always on her, all she sees in them is hate. They don’t want her to be free. They know who she is, they despise her for wrongs she can’t recall, and they might not be the men they seem to be at all.

With their world on the brink of destruction, she may be the only one who can protect it … if she can remember who she is. But time is running out. A powerful enemy is searching for her and, when he finds her, he’ll use her to make sure there’s nothing left to save.

Can she unlock her past before it’s too late? Are these men who claim to be hers really who they say they are? Can she trust them?

Seized to Sacrifice is the final book in the Dark Brothers Series. If you like hot monsters, antiheroes whose hate turns to love, strong heroines, and your multiple POV stories with some darkness before the light, tap now!

Authors Note / WARNING: This is an 18+ dark, enemies to lovers, why choose romance that some may find triggering as it contains violence, dubcon sexy times with monsters (Yeah. That's right.) and depictions of almost-rape (not within the h@rem) and other scenarios you personally might find disturbing. It is based in a fantasy world but please continue at your own risk.

**You don’t need to have read the other books in the Dark Brothers series to enjoy this final story, but it helps because a lot of characters from the other books are part of the tale.** 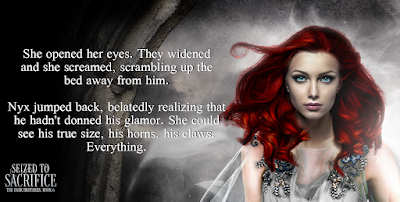 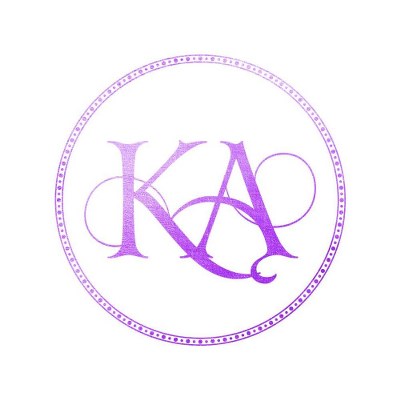 Kyra was almost 20 when she read her first romance. From Norsemen to Regency and Romcom to Dubcon, tales of love and adventure filled a void in her she didn’t know existed. She’s always been a writer, but its only now that she’s started to tell stories in the genre she loves most – which at the moment are very ‘why choose’!!

Follow her on Instagram, Goodreads, Twitter or Facebook for all the up-to-date info on release dates, exclusive content and other general awesomeness from the Dark Brothers' world because she is literally ALWAYS online unless she's asleep - much to her husband's annoyance - and she loves interacting with her readers! In Kyra's books, the road to happily ever after might be rough, but its well worth the journey!!