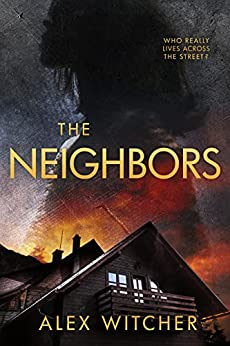 Until the car accident, Ellie and Henry Walker were living the suburban dream. Now the hospital bills are piling up, and domestic bliss is slipping through their fingers.

When the new neighbors move in across the street, they seem friendly—if a little strange. They hear of the Walkers’ financial trouble and offer some odd jobs to Henry. The work is easy, and the pay is shockingly generous.

Soon Ellie joins in, and the odd jobs get even odder.

Are their neighbors as selfless as they seem, or does something sinister lie behind their intentions? As Ellie and Henry get sucked deeper into their strange new work, they become trapped in a web of lies, murder, and dark secrets.

But whose secrets are they?

Momma Says: 4 stars⭐⭐⭐⭐
The Neighbors turned out to be a blast to read. There are plenty of twists and turns, and the pacing makes it hard to put down. It's one of those "just one more chapter" kinds of books where you finally look up and it's the middle of the night or dinner is burned. The story did keep me talking to the characters - yeah, I do that a lot. I talked to Ellie and Henry a lot, and a few times, I really wanted to shake them. But if they'd figured things out too quickly, it would've been a much shorter book and not nearly as entertaining. I don't want to give anything away because this is one book that should be enjoyed spoiler-free. What I will say about this one is Alex Witcher is a talented thriller writer. The story is well written and well-plotted, and it even managed to surprise my jaded old self a couple of times. This is an impressive debut, and I look forward to seeing what this author does next.