LATE FOR THE WEDDING Blurb Blitz

Late for the Wedding 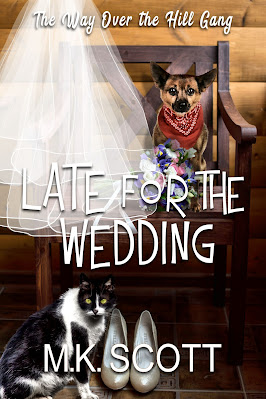 The Senior Sleuths don’t mind a little peace now and then, but after a long bout of nothing out of the ordinary, they’re eager for some excitement.

No one could’ve imagined it would arrive with such a bang.

A mysterious explosion has rocked the assisted living community, disrupting life for everyone.

Despite the stern warnings from authorities, one of the Senior Sleuths can’t help but get involved. This is their home, after all.
Herman, always eager to root out the truth, ignores the warnings and hunts for answers. He’s convinced the explosion was a rouse to cover up something far more sinister. But the other seniors aren’t as eager to get involved. They’re focused on Marcy and Lance’s upcoming wedding.

Without his usual sidekicks, can Herman track down the bomber and a missing veteran who no one else remembers?

Giving his wife an uncertain glance, he erupted into an awkward jog. His long legs carried him to where a wall and the door to the administration offices used to reside. A few wires dangled from the hole in the ceiling. Blackened acoustical ceiling tile surrounded a ragged patch of blue sky. The blast carved a hole into the slab flooring. Herman pulled out his phone, snapping pictures madly, knowing any minute he’d be stopped. In one corner of the room a leather davenport sofa remained covered in broken acoustical tile, drywall chunks, and glass shards, but still in one piece. Papers littered the scene possibly from the mangled metal cabinet in the corner wadded up like a discarded note.

Interesting the davenport remained, along with a few feet of carpet, but not much else. A pair of men’s black oxfords stood next to the wall. Herman stopped taking photos and gulped. In an age where no one ever bothered to shine their shoes anymore, these had to be Ron’s. Only a former soldier who could have been dropped for push-ups during basic training for not having a shine on his shoes would care enough to keep a heavy polish on his shoes.

Shook by the possibility of what the shoes meant, Herman stood silently, reflecting that less than an hour ago he vowed to talk to the new director and maybe even find out the secret behind his scar. He audibly exhaled, knowing now he’d never discover the story.

In the background, he could hear his wife speaking. “I bet you were Mister October on last year’s calendar. You look like an autumn type of guy. Built like a maple. With that fiery hair, you’d be a red maple.”

“No, ma’am. Our department doesn’t believe in objectifying firefighters for money,” a man replied in an amused tone.

“What a pity.” Lola paused, obviously lost without the calendar as a subject. Herman centered the focus on the shoes and snapped a photo. In a way, it summed up Ron. Former serviceman, who never forgot the rules service taught him. Be prompt. Be ready. Be aware. Why hadn’t he noticed something wasn’t as it should be? 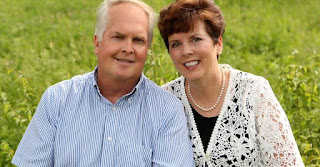 M. K. Scott is the husband and wife writing team behind the cozy mystery series, The Painted Lady Inn Mysteries, The Talking Dog Detective Agency, The Way Over the Hill Gang, and Cupid’s Catering Company.

Morgan K Wyatt is the general wordsmith, while her husband, Scott, is the grammar hammer and physics specialist. He uses his engineering skills to explain how fast a body falls when pushed over a cliff and various other felonious activities.

The Internet and experts in the field provide forensic information, while the recipes and B and B details require a more hands on approach. Morgan's daughter, who manages a hotel, provides guest horror stories to fuel the plot lines. The couple's dog, Jane, is the inspiration behind Jasper, Donna's dog.

All the series are full of quirky characters, humorous shenanigans, along with the occasional murder.

MK Scott will be awarding a $40 Amazon or Barnes and Noble GC to a randomly drawn winner via rafflecopter during the tour.
a Rafflecopter giveaway
at April 01, 2022