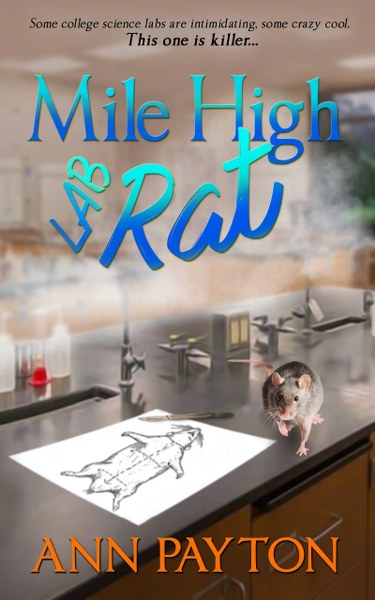 A page-turning mystery that will strike a chord with anyone who's coped with a toxic workplace, Mile High Lab Rat is also fun, thought-provoking, and authentic!

Coordinating a college science lab seems a terrific job for this fledgling graduate.

The instructors are fun and appreciative. Maci loves helping with field trips and magic shows, and the intrigues of science are endlessly fascinating.

Except, why all the secrets? The dean orders Maci to say nothing about finding a bleeding man in the parking lot.

When Maci investigates fraudulent expenditures the lab reagents she prepares fail. Toxic fumes from a broken bottle force an evacuation.

To make matters worse, someone uploads a devastating virus into a state-wide system—from Maci’s computer!

While she’s pushing to discover who’s behind the trouble, the instructors conclude that it’s Maci!

Her one loyal ally acts a lot like a stalker. She’s on her own dodging booby traps, bloody threats, and termination.

Maci hit the campus on a roll, stripped off her cloak as she climbed the stairs, and charged into the prep lab. As she cruised past the counters just inside the lab door, her throat closed, and her lungs shrank back from an inhalation of acrid fumes. In the same instant, she heard something—glass?—crash onto the floor, then felt a splat against her heavy velour skirt. Whirling and dodging around the corner, she saw a geyser hit the ceiling and spread a wave of steamy heat. She threw her cloak and bag at a cart and kept running until she reached the spill pillow stash. Holding her breath, she tossed the kitty litter-filled bags into the cloud of fumes and then backtracked to switch on the exhaust hood. Her legs tingled and then stung as the liquid penetrated her skirt. Oh god, how bad is this stuff?

Dropping her skirt, she opened the distilled water cabinet and poured a gallon of water down the backs of her legs. Splatter spots on her boots hissed as she worked for a good angle from which to soak a spot at the back of her knee. A red smear on the cabinet handle caught her eye. Blood-red drops showed on the floor as well.

“No way. Where’s this coming from?” She found more dribbling down the jug handle, a streak on her thigh, and finally the source—an oozing slit across three fingers.

Grabbing a paper towel, she wrapped her fingers and clenched her fist to stop the flow. She ran another jug of water down her legs as white fumes still rose from the point of impact, but the acrid odor from the doorway didn’t seem to be spreading. All Maci smelled now was the usual lab scent with extra humidity. What just happened? I don’t get it. Did somebody throw something at my back?

As she buttoned into a lab coat, a visual flashback prompted her to pull the wastebasket from under the counter. She set her bloody paper towel aside to reveal two bottles.

“Concentrated hydrochloric and sodium hydroxide,” Maci read. “…Whole bottles of concentrated acid and base poured into beakers and left where they’d be knocked off the counter? No way was this an accident.”

She pulled on a bug-face respirator and looked closer. Some of the glass shards contained tiny reservoirs of what might be unreacted liquids, if they hadn’t gotten too contaminated in the geyser storm. She dipped pH paper into those glass shard droplets, and several turned bright red. Another shard reservoir turned the paper deep blue, confirming that the liquids were seriously acidic and alkaline. So, this probably is the hydrochloric and sodium hydroxide from the bottles

More interesting, though, was a loopy length of beige thread beneath the wreckage. Maci tweezed it out with forceps, causing a chunk of beaker to roll and dump its contents into the puddle. Mini geysers erupted. When she could approach again, she saw that the end of the thread had been taped to the beaker chunk. A shorter length of thread was taped to another chunk. Why? She could not recall a procedure that called for taping thread to beakers. Whatever the setup had been, Maci wasn’t cleaning up the mess until someone official saw it.

She called Bernie in security, asked him to come over, took pictures, and paced. A tripwire? Beakers of highly reactive corrosives connected by an inconspicuous thread stretched across a doorway…Oh my god, a finish line for my morning race to work.

She decided it would be all right to rinse and dispose of the spill pillows while she waited since they weren’t part of the sabotage. Lifting the now sodden mass with the tips of two gloved fingers, she glimpsed something odd along the bottom edge of one pillow: razor blades— taped discreetly to the underside. She scanned the lab uneasily, then stripped off her gloves and flooded the cuts to remove any contaminants the saboteur may have placed on the blades. In the fridge she found a still-sealed bottle of hydrogen peroxide, which she poured over the wounds.

Kicking her skirt into the distilled water puddle to soak up the excess, she watched for tripwires as she walked to the first aid cabinet, examined the latch, opened it a crack, and peeked in before swinging the door wide. As she applied Band-Aids, she scanned the length of the lab. A preserved rat had been hung by its tail from the emergency shower pull. She looked closer and found a large dissecting pin protruding from its chest.

Bernie arrived, and Maci greeted him with, “Now the deal is, you can’t call Hazmat. Caroline will kill me if a Hazmat team shows up here again.” He cocked his head, noncommittal, and listened to her explanation. As Maci led him to the rat, he pointed at a black heap and asked, “What’s this?”

“Oh,” she said, squatting to pluck it, dripping, into a sink, “it’s my skirt. I had to take it off.” Bernie stopped, looked at the skirt, sighted Maci’s thighs, and retreated. “I’m gonna call for backup.”

Maci looked at her knees, then up to see Bernie’s fleeing belt-load of protective devices. “Hey, come on, my legs aren’t that scary. No, really, wait. I’ll make an abaya with the fire blanket.” 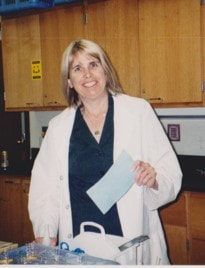 Sometime in the 90s I decided I needed a dream to pursue between working and raising three children. As the science lab coordinator for a Colorado community college, I enjoyed helping revise lab manuals, so why not become a travel writer? I managed to learn enough to sell freelance articles to a few major publications. Then I wrote a travel adventure novel, which led me into giving lectures on cruise ships and writing another novel. Can't wait to see where that dream's going to take me next. 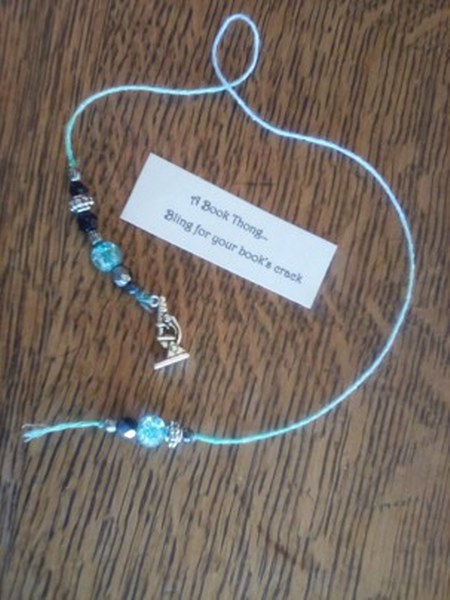