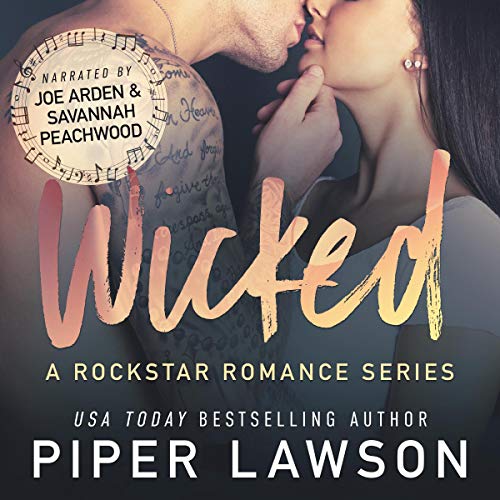 I wanted to fall for a man. Instead, I fell for a legend...

Jax and Haley’s addictive, emotional rockstar romance trilogy is in one place for the first time! Books 1 and 2 contain cliffhangers that build to book 3’s explosive, unmissable HEA. Immerse yourself in smoldering tension and enthralling romance that promise to leave you “dazed and a little crazed”.

I wanted to fall for a man. Instead, I fell for a legend...

The month I wrote my first piece of code, Jax Jamieson launched his third platinum album.

The week I drank my first beer, he spent in jail.

The day I got under his skin, I wound up on his tour.

And the night he gave me his hoodie...I fell in love forever.

I thought I knew Jax's secrets. I was wrong.

When the fans go home and the lights fade to black, it's just me and him and the people we left behind.

I want to escape, until I realize...

We can do a lot in the dark.

He was a legend, until he walked away.

I was nobody, until I was dragged into the light.

I was never supposed to be part of Wicked, but it was always part of me.

Now it's my turn to do something that matters.

Even if the man I love hates me for it.

Momma Says: 5 stars⭐⭐⭐⭐⭐
I don't read a lot of rockstar romance, but I've heard really good things about Wicked, including the raves about how it's not like most rockstar romances. I've also heard good things about Piper Lawson, so I thought this would be a good way to check out both. It doesn't hurt that I'm definitely not averse to Joe Arden's narration any time I've had the pleasure of listening. Savannah Peachwood was new to me, but her voice complements Joe Arden's very well and vice versa.
The raves were 100% right. Haley and Jax are not what I expected from a rockstar romance couple, especially Jax. He's got such a big heart right from the beginning. Even when he does act a little like the entitled star, he's still got something about him, something that made me want more and more of him. He's the type of person who remembers where he came from, who WANTS to remember where he came from, and he has a humility about him. Haley, on the other hand, rubbed me the wrong way a few times, but I think that's how it was supposed to be. I mean, we can't have two absolutely wonderful people every minute, can we? There needs to be some conflict. I did have to remind myself a few times that there was lots more story to go, and Haley was younger than Jax and still had some maturing to do. Despite that, she has a surprisingly good head on her shoulders, and she manages to hold her own against Jax as they exchange barbs, which they do pretty regularly even when they can't stay away from each other.
Honestly, I could go on and on, but I don't want to spoil it in case I'm not the only person left to enjoy this couple's journey. Suffice it to say that this trilogy is packed full of some great storytelling and more terrific lines than I could possibly include here. We get some wonderfully developed characters - some to love, some to hate, and even some we can love to hate (Nope, I'm not elaborating. You'll have to give it a listen.). That brings me to the narration, which is spot on for these characters. The combination of Piper Lawson's writing with Joe Arden's and Savannah Peachwood's narration is everything I could ask for in a great listen.