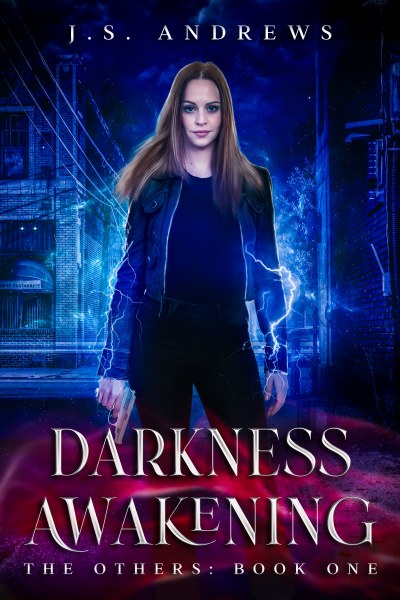 Homicide might be Vanessa Flynn's business, but magic had never been in the job description.

When a deadly car accident turns Detective Flynn's life upside down, she finds herself working the biggest case of her life.

Can she find out who is behind a series of ritual killings before it's too late?

Mikey's life depends on it...and so much more. 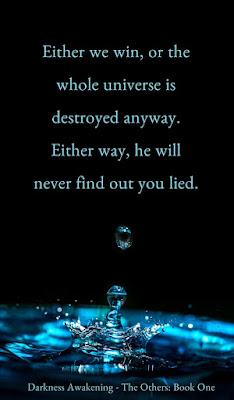 Vanessa Flynn stood in a hospital hallway. Her mind was blank. She felt no emotion or any other sensation as she stood there staring, just a strange feeling of being disconnected. Her mind gradually awakened as she stared around in confusion. Van was wearing a hospital gown that gaped unpleasantly in the back. Yet, oddly, she felt no embarrassment or discomfort. Beyond the confusion, she didn’t feel anything at all.

As a detective on the Denver police force, Vanessa, or Van as her friends called her, was not used to feeling dazed or confused. The dawning realization that her mind was not functioning correctly allowed her to bring her thoughts better into focus. Now that her mind was working a little better, Vanessa began to take in her surroundings with more attention to detail. Not one person bustling around took notice of the half-naked, disoriented woman in a hospital gown. That alone told her something strange was going on.

A little coppery blond boy waved at her from the other end of the hallway. Vanessa could tell there was something strange about him, but she couldn’t seem to focus as much as she wanted to. Mikey! She felt a sense of urgency and found herself going toward her five-year-old son. She wasn’t running, but she was moving. I must be a little out of it; that’s probably why I’m in a hospital.

“Mikey! What the h…what is going on?” Her voice was plaintive and thin. Vanessa didn’t like hearing herself sound like this; she wasn’t one to be whiny. Somehow, though, she knew by instinct that Mikey was aware of what was going on. Considering she had survived everything her life had thrown at her by trusting her instincts, she trusted this one implicitly.

“I think we died, Momma.” His little voice casually uttered a sentence that threatened to destroy Vanessa’s world. The small boy swiftly dismissed what, to Vanessa, was a life-changing moment. “But that doesn’t matter right now. I need you to come with me, please?”

Mikey looked up at her with that charming little grin that he knew melted anyone’s heart. He offered her his hand, and Van finally realized what was bothering her. He literally had no substance. His hand felt more like a memory of what his hand had felt like in hers. She peeked down at their hands joined together and realized she could see through both of their hands. She felt like crying. What the absolute fuck is going on? My baby can’t be dead!

There was no dismay about her being dead, but the thought of her child passing filled Vanessa with absolute dread and despair. A vast pit formed in her stomach, and she felt like she was falling.

“Sure, baby. Let’s go.” Her voice shook. Her mind wondered how it could shake if she didn’t have vocal cords. Even as she created the idea, it slipped from her mind like water slipped from a duck’s back. Those types of thoughts would drive her mad. Unless I really am dead. I can’t go crazy if I am dead. Can I? I have no clue what the fuck is going on. I’m so confused right now. Unless it’s some kind of twisted nightmare? Wake up, Van, you idiot! She tried to think of what had happened before she found herself standing in the middle of the hospital. Her thoughts refused to formulate in her mind. She didn’t remember going to sleep or anything else. Van definitely did not remember dying. She figured someone would remember something like that. 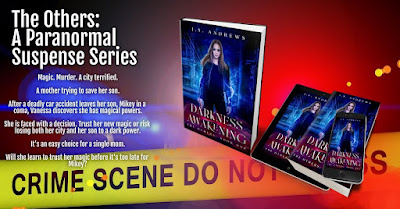 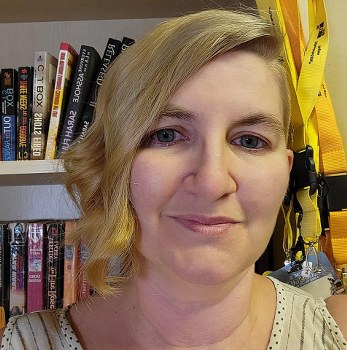 Jessica enjoys spending time with her three kids, husband, and horde of naughty critters (which her children could fall under that description). She works as a business manager for a local university in Wyoming and recently obtained her MBA.

Jessica was an imaginative child, constantly playing pretend and spending time in the stories she made up. She would write for hours but never felt brave enough to share her words with others.