Audley Enough: A Portrait of Triumph and Recovery in the Face of Mania and Depression 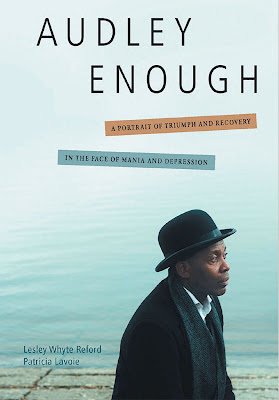 Audley Enough follows Audley's journey through "The Matrix," specifically his mental health. The book describes his adventures into his mania and depression that occurred during the peak employment years of his life, from 27 to 38 years old. It takes one through the spiritual essence of his being, and gives one steps to travel through mania and depression. After reading his book, one comes out stronger with multiple coping tools. The book is about Audley refusing to let his bipolar diagnosis define him, nor stop him from leading a mentally, healthy, and productive life.

Audley made the hasty decision to take over the dance studio of his former ballet teacher, George Majors. It was a risk, but he decided to take a chance. The downtown Montreal rent for the studio (called Jazzin’) was far too much for Audley to manage financially and was causing him enormous stress which, unbeknownst to him, was starting to take its toll on his health. His desperation for a “life on stage” was sending him into a manic frenzy of unwise choices, fueled by buried emotions which had been ignored for too long. His judgments about everything had become severely impaired. No matter what was going on, he was determined to make a name for himself and show the world that he would achieve his dream. He was partying all the time, staying up every night, and biting off more than he could chew. As he says, “I was pushing it to the end.” He was going way beyond his limits and truly believed that nothing could stop him.

Sadly, something did. The night after his over-the-top glamour opening party for his new studio brought Audley down with a resounding thud! Audley had been on a delusional high with a feeling of euphoria that he had finally arrived; that this was the moment he had been waiting for. He was finally going to show everybody that he could overcome all obstacles and become a success and that even more was to come. The night following his opening event (which had been a great success), while sitting in a downtown Montreal hotel with his brother celebrating his long-awaited achievement, Audley pushed himself once again to the extreme. He and his brother started talking and laughing very loudly, alarming the hotel clientele. When asked to stop by the hotel staff, all of his years of unresolved anger and resentment came bounding up to the surface. Audley lost it. After causing a distressingly confrontational scene and accusing the hotel staff of racial bigotry, Audley became irritable and aggressive with the staff and the police were immediately called in. That night, at the age of 26, Audley was arrested for disturbing the peace. 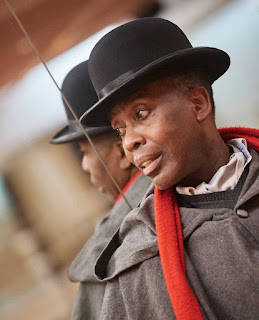 Audley Coley is a mental health coach, a philanthropist, the subject of a book and a Friend of the Bell Let’s Talk campaign. He  is often called upon to host forums on mental health awareness and was more recently seen on CBC’s You Can’t Ask That describing his life with bipolar disorder and on Facebook, hosting the live broadcast to the Alianait Arts Festival for the Nunavut community alongside his lovely daughter.

His ability to soar above mental illness is something he credits to many things. His support system: a strong Jamaican, God-fearing, and closely knit family, first. Sports and physical activity come in at a close second. Audley has always been extremely active. He played hockey, soccer and was a dancer/choreographer, most of his life. At the fine age of 62, he can be found at the Atwater Club teaching a class that could put people half his age to shame. Just ask his Yummy Mummies who subscribe to his workouts and carefully crafted playlist. And then, it’s about food for Audley. He perfected his culinary skills working as a chef in Frobisher Bay (Iqaluit) and today, cooking is truly his labour of love. He takes his vitamins (his medication) regularly and frequently visits to Up House, a place where he goes to get centered and to give back to those who once gave to him. The last and perhaps most important box he checks off on his self-care list is REST.

Audley’s objective is to tell his story often so people may recognize themselves, to provide hope for families of those affected, to share a recipe for success that he knows works and to have the opportunity to change someone’s life in the same way that Patty Duke’s openness changed his.

LESLEY WHYTE REFORD is a seasoned writer who has a passion for communications and storytelling. She obtained her Master’s degree in Public Administration (MPA) from Queen’s University in 1993 and went on to build her career in Corporate Communications and Public Relations in the public, private, and non-profit sectors. As she raised her two sons, Lesley put her career on hold but continued with her writing when time allowed. Engaging in small contract freelance opportunities and volunteer work, Lesley published a centennial book commemorating the Montreal Children’s Hospital’s contribution to the Montreal community titled “100 Years of Stories” in 2004. In 2013, she collaborated with Audley Coley to author “Audley Enough”, an inspiring resource to share his journey with bipolar disorder and help combat the stigma of mental health issues. Lesley is currently a full-time grant writer at One Tree Planted, Inc., a global reforestation non-profit organization.

PATRICIA LAVOIE has been writing and producing feature films and television series for many years including seventeen seasons with Sesame Street (CBC) in Canada where she honed her pre-school expertise. She developed the original concept for and produced the first Heritage Minutes, a multi-million dollar television and cinema project based on anecdotes of Canadian history, as well as many award-winning preschool and family productions for broadcasters such as CBC, Radio-Canada, YTV, Treehouse, Animal Planet, TVOntario, TFO, Télé-Québec, Discovery Channel USA and PBS.

As a broadcaster, Ms. Lavoie also served as interim Director of Yoopa, a multiplatform brand comprised of a television channel, an online community for children and parents and a magazine for parents.

Audley Enough is her third book.

Lesley Whyte Reford & Patricia Lavoie will be awarding a $15 Amazon or B/N GC to a randomly drawn winner via rafflecopter during the tour.