No Pistol Tastes the Same 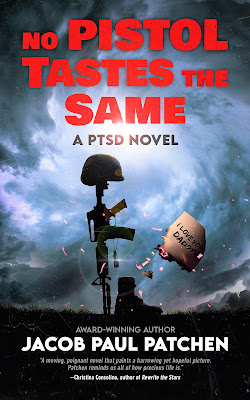 Sergeant JP Grimm didn’t pull the trigger. Now his Marine brothers are dead. All victims of a child in a suicide vest…a child that resembled Sgt. Grimm’s very own. But how are you supposed to take a child’s life? How can you kill someone that looks just like your own son?

Those same hazel eyes he saw in his scope continue to haunt him long after he left the desert death lands as he tries to reconnect with his son, Adin. JP battles another war at home against PTSD and the worthless, dejected thoughts that he is the reason his friends are dead. His wife, Lisa, struggles to let her stubborn husband work it out on his own terms. She does all she can to give him space, support, and strength—but her love can only go so far.

As the world shows signs of impending doom from a weakening magnetic field and flaring sun, JP, too, shows signs of his own impending doom. After pushing everyone away, JP must face his nightmares to restore his relationship with his son, save his marriage, and save himself before the modern world burns out in a fiery, electromagnetic disaster.

His vision and thoughts blurred, mixing with the past and the present, with the bourbon and the pain, blending with the hum of the interstate off in the distance. Or was it a helo, or maybe air support? He scoffed at the thought as anger gripped his throat. He knew what he was there to do, and with the storm building in the westward sky, there was no reason to wait any longer.

The pistol grip was warm and sticky in his grasp. The edges glistened like the worn-out rifles issued to his reserve unit. But things that flash bring death. He thought of the snipers who painted their rifles a sandy brown to blend in with the Death Land. His death land became cozy and kind, hugging his backside like a deathbed. The cold steel shivered when he jerked it to his temple.

No pistol tastes the same.

He snapped it from his head and jammed the muzzle into his mouth with both hands. His tongue pressed against the cool, smooth barrel. He tasted the iron in the steel, the blood on his lips and teeth.

The tree creaked and groaned. The leaves sounded like water raining down to wash away his sins. A crow cawed and took flight from the wood line to his right. His determined stare at the metal in his mouth broke at the swift movement and ruckus of the black bird laughing at him. He watched it flap and glide away into the murky wooded horizon.

Not even the birds give a shit about you. 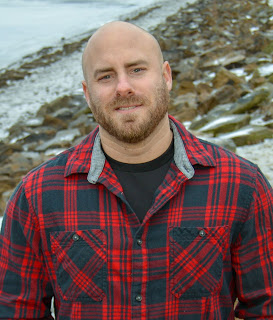 Jacob Paul Patchen is an award-winning author and poet of inciting fiction and provocative poetry.

Jacob earns his inspiration through experience and believes every book has a purpose. He writes powerful, emotional, and thrilling stories about mental health, war, social stigmas, and other taboo subjects in order to bring awareness, change, and hope to those who need it.

Raised in Southeast Ohio, he’s a sucker for fast workouts, long laughter, and power naps. Snacks are his love language, and he thinks he’s a Pisces. Check him out and join his newsletter at Jacobpaulpatchen.com.

Jacob Paul Patchen will be awarding a free signed copy of NO PISTOL TASTES THE SAME to a randomly drawn winner (Print US only/international winners will receive a digital copy of the book) via rafflecopter during the tour.