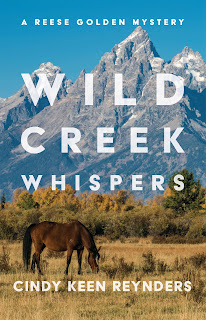 Wild Creek Whispers
Reese Golden Mysteries
Book One
Cindy Keen Reynders
Genre: Mystery
Publisher: Camel Press
Date of Publication: April 12, 2022
ISBN: 9781942078524
Number of pages: 256
Word Count: 70,302
Tagline: A little girl is missing; stolen in the night. Reese Golden, Wyoming PI, will search far into the backcountry wilderness to find the truth.
Book Description:
After being shot on duty, former Denver Police officer, Reese Golden, starts a private investigator firm in her hometown of Meadowlark Valley, Wyoming. Easier cases like skip tracing individuals and performing background checks pay Reese’s bills, and keep her from becoming too emotionally involved.
Skylar Ellington calls Reese one day, pleading for Reese’s help in locating her 4-year old daughter Daisy. Law enforcement and any other PIs Skylar has hired haven’t located the child’s whereabouts.
Reese feels compelled to accept the case. The next day, she drives up to Wild Creek Ranch near Sage, Wyoming to meet her new client.
Skylar’s brother Chance and her mother Leyla dislike Reese’s arrival. They fear Skylar is wasting her money by hiring another PI; that she’s setting herself up for more disappointment.
Reese wonders if Chance and Leyla have something to hide. Also, could Daisy’s absent father be the kidnapper? Local townspeople suspect Skylar of doing something with her child in order to resume her single, party girl lifestyle.
As Reese investigates potential leads and talks with the locals, she realizes she’s being followed. It’s obvious she’s being targeted by someone who doesn’t want the truth about Daisy to be discovered.
Despite attempts to keep her emotions in check, Reese becomes entangled in the case. Her attempts to remain focused on her goals are interrupted by several close calls where she is nearly killed, and her growing attraction to Chance. The handsome cowboy touches her heart, yet leaves her suspecting his motives.

“Miss Golden, my daughter was kidnapped in back in June, and it’s killing me not knowing what happened to her,” Skylar said. “The police, the FBI and everyone else haven’t come up with anything. And I’d do anything to find her.”

“I read about the case in the newspaper,” Reese said recalling the article in the Meadowlark Valley Chronicle. “I’m so sorry.”

“Daisy’s only four,” Skylar said, her voice trembling. “She must be confused and upset. She’s all I can think about night and day. Pl-please help me. Don’t turn me down. Otherwise, I think…I think I’ll go insane.”

Reese closed her eyes as Skylar’s plea plucked at her heart strings. Right now, she didn’t feel confident enough to take on a case of this magnitude. Yet, how could she turn away such a desperate plea? 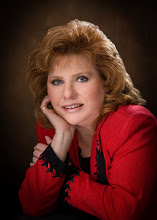 Born in Portland, Oregon, Cindy has lived all over the United States and spent five years in Misawa, Japan. She has visited Canada, the Philippines, Samoa, Hawaii, both the western and eastern Caribbean and New Zealand.

Currently, she lives in Cheyenne, Wyoming, where Cheyenne Frontier Days is held each year. CFD’s well-known rodeo is often referred to as the “Daddy of ‘em all.”

Over the years, she has won or placed in various writing contests. She has also written for and edited numerous newsletters. Her non-fiction magazine articles have been featured in “True West” and “Wild West.” She was a book critic for Storyteller Alley and is a freelance editor.

Although retired from Laramie County School District 1’s Community Relations office, she still contributes articles for the district’s Public Schools’ Chronicle, which has a circulation of approximately 46,000 readers.

In April of 2022, Camel Press released her seventh published novel, “Wild Creek Whispers,” which is the first book in the Reese Golden mystery series about a Wyoming private investigator. From baby alligators to glow worms, Cindy has seen a variety of life’s wonders. 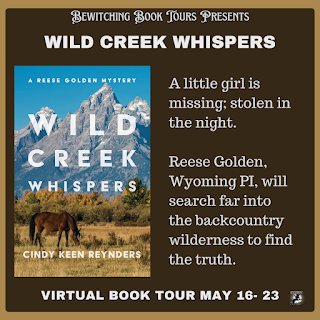