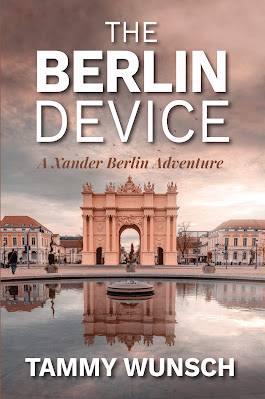 Xander has led a life of luxury with a cushy job in the family business. After his father’s mysterious disappearance, Xander became CEO of the multi-million dollar, international enterprise and tries to prove himself to everyone, including himself.

Xander discovers encrypted files in his father’s hidden safe that detail his illicit activities. His father was more than disreputable—he was a member of a secret and diabolical organization whose sole objective is world domination. In the files are plans for the Berlin Device—a satellite weapons system that has the potential for unparalleled destruction.

Chloe has scrimped and saved for an amazing hiking vacation. When nothing goes right in her travels, fate intervenes and she and Xander are thrown together in a hopeless quest across Europe to recover the device before more innocent people die.

Dodging bullets, bombs, and barbaric henchmen, Xander and Chloe discover a mysterious facility that could become their final resting place…if their enemies have their way.

Can they escape with their lives?

More importantly, can they save the planet from The Berlin Device?

The Opal spun rapidly toward the edge of the road and what appeared to be a drop-off into oblivion. Chloe’s eyes widened and she opened her mouth in a silent scream. The Rover skidded to a stop and Simon and Jonas watched as the Opal flew over the edge.

The cyclists slowed and shakily biked over to the side of the road. They parked their bicycles and walked with dread to the edge of the cliff. They looked over the edge, mobile phones in hand, and suddenly started cheering and high-fiving.

The cyclists turned and gave Simon and Jonas a thumbs-up signal. Simon and Jonas stared in disbelief and Simon pushed Jonas out of the Rover. “Go check it out,” he ordered through gritted teeth.

Jonas ran to the edge and looked down to see the Opal literally driving down the grassy mountain side, over small trees and rocks. He saw that the road doubled back below and the Opal was heading right toward it. As he stood there watching, the Opal thumped onto the road and accelerated as quickly as it could manage. Jonas ran back and climbed into the Rover.

Jonas looked with worry at Simon. “You’re not going to believe this, but they survived.”

Jonas shrugged his shoulders. “I can’t really explain it. You had to have seen it. He…he kind of drove down the side of the mountain, over rocks and small trees, and ended up on the road again.”

Simon shook his head. “I’ve never seen a luckier son of a bitch in my whole fucking life.” He put the Rover in gear and sped away, narrowly missing some of the bicyclists who shook their fists and cursed at the retreating Rover. 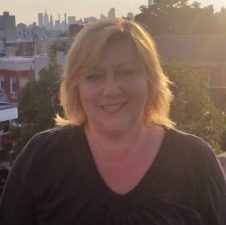 Tammy Wunsch is an International Writer of Mystery, Travel, and Wine - with a fierce entrepreneurial side. She spent most of her life in the Quiet Corner of Connecticut but currently resides in the Denver metropolitan area. Formally educated in business, she has worked in a variety of industries and is adventurous by nature. She is passionate about animals and loves to travel, cook, kayak, and read.

Tammy Wunsch will be awarding a $25 Amazon/BN GC to a randomly drawn winner via rafflecopter during the tour.