Blurb Blitz: They Had Eyes of Silver by S E Davis

They Had Eyes of Silver 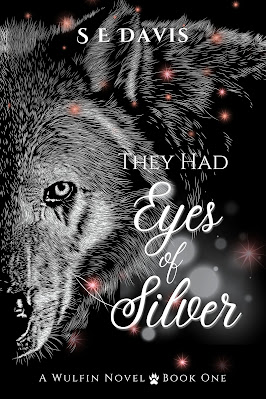 A secret lineage. A family cursed. A forbidden love that can’t be denied.
Veterinarian Reina Kirke is exhausted. So, when her best friend suggests a European vacation, she doesn’t hesitate. A much-needed break and a chance to investigate her mysterious family tree sound perfect. Too bad she’s in no way prepared for what she finds. The fairytale town in Belgium hides family secrets grounded in the supernatural. Legends of werewolves and witches surround her, and a taboo love affair threatens to pull her into a danger she might not be able to handle.
What seems like a chance encounter with Blaise Woodward, a brooding hunk with his own secrets, sets up a sequence of events that could unravel both of their families as they realize their deep connection to each other is generations old. But only one thing is certain.
Their lives will never be the same…

To call them wolves was a disservice. They were something… more. An image of a dire wolf flashed in her mind, as did a hellhound. It took all she had not to bolt. Then her restlessness reared up and demanded she join the pack and race them into forever.

The largest stepped ahead of the others. His silver eyes gleamed intensely. Reina couldn't tear her eyes away from his, her emotions overwhelming her. She was the chosen heir to wield the knife that could supposedly destroy his wonderful family. She was who she was, not who her ancestors meant for her to be. And yet, deep down, Reina wasn't completely certain who she was. No matter what, she would be true to herself.

He approached with slow, determined steps. When he stopped a few paces in front of her, she fell to her knees, dragging the blanket with her.

Although his eyes reflected silver in the faint light, they were Blaise's eyes. His massive paws stepped closer, and she reared up on her knees, reaching with both hands to the beast. She ran her hands through his thick mane and down his neck, where she tangled them into the hair on his shoulders. The wolf bowed his head and leaned forward, and she rested her forehead against his.

"You are breathtaking," she murmured. Her hands massaged his shoulders, something she automatically did when giving affection to a dog, and she felt the low rumble both in her forearms and in her chest. It sounded like a soft growl. Disentangling her fingers from his hair, she sat back on her heels.

Blaise, in his massive, stoic wolf form, loomed over her. His mouth opened and, tongue lolling, he licked her cheek. She giggled and pushed him away, but he grabbed her hand between his teeth. His hold was gentle and didn't break skin, even though his teeth were sharp. Then he released her and stuck his nose into the crook of her neck and inhaled, nipping her once before retreating. The pack melted back into the trees, their silver eyes dissolving into the shadows.

Then the howling began. 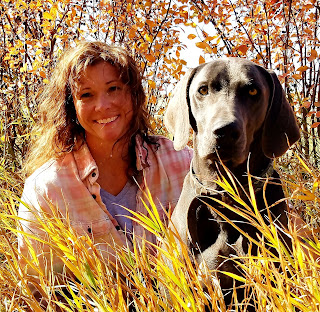 S E Davis is a veterinarian and advocate for werewolf health. She lives on the North Dakota prairie with her family and a Weimaraner who understands shifting into human form is not necessary for being part of the pack.

S E Davis will be awarding a $30 Amazon or Barnes and Noble GC to a randomly drawn winner via rafflecopter during the tour.
a Rafflecopter giveaway
at June 06, 2022