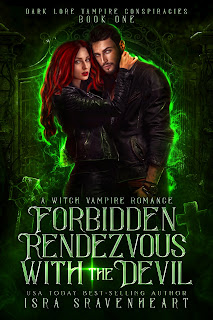 Forbidden Rendezvous with the Devil
Dark Lore Vampire Conspiracies
Book One
Isra Sravenheart
Genre: Paranormal Romance
Publisher: Isra Sravenheart
Date of Publication:  11/5/2022
ISBN: 979-8410497251
ASIN: B09M61Y4HN
Number of pages: 217
Word Count: 64.940
Cover Artist: RJ creatives
Tagline: Trust me. Actually don't. This forbidden rendezvous could cost Sabine her life.
Book Description:
Sabine Nevemone has just moved to the small quaint town of Gloomvale to start a new life after being dumped by narcissistic boyfriend Oliver Rein.
Sabine has landed herself a job at Bad Brews coffee house, where she is working for the handsome rogue Tristan Roseblood. A mysterious handsome devilish vampire who always gets what he desires.
At first, Sabine could not believe her luck that she’s gotten a job so fast but things in Gloomvale aren't all they seem. Tristan is a powerful man and he knows it.
Sabine is reluctant to comply when Tristan forces her to come on an errand with him, which almost results in both her and Tristan getting killed because an old enemy catches up with Tristan. Tristan patches Sabine up telling her she’s in a very dangerous world and it would be best if she got out of town for her own sake. Sabine refuses to leave. This proves to be a fatal mistake on her part.
“You can’t get close to me. Get out while you can. I’m not a good match for a sweet thing like you. Trust me. Actually, don’t.” He warns her.
The only trouble is now Sabine is in too deep. She’s falling for him. Hard. But when Tristan rebuffs Sabine and she falls straight into his mysterious brother Laurence’s arms, it can only spell disaster for all concerned. Sabine then gets herself in real trouble when she's bitten on her way home. Will Tristan find her in time or will she die alone?
USA Today Best-Selling Author Isra Sravenheart brings us into the intense world of Tristan Roseblood. A vampire with a dark past only trouble is when Sabine stumbles into it, she too becomes entwined in his chaos. A paranormal romance jam-packed with suspense and intrigue and two charming vampires to boot.
Amazon

A new day. A new dawn. I'm Sabine, and I'm all alone here in this secluded wilderness. Gloomvale. A quaint little town that I've just moved to because, quite honestly, I had no other choice. My delightful ex-boyfriend Oliver took great pleasure in humiliating me, and let's face it, he reveled in it. It was absolutely enthralling to him. All because he'd discovered I am a witch. But here's the clincher. I'm not even that good at it. I barely know even the most basic spells. I'm terrible at making potions. I truly suck at mixing up herbs to create tinctures, and as for my despicable failure at casting love spells… let's not even go there, okay?

I’ve done this more than once. I’d never attempt it again. It was so stupid because I didn’t know what I was messing with. You know how you get that one big crush on someone who you know for a fact will virtually never date you? Yeah, well, that was the case with me and Oliver until I started weaving magic into the equation. And I get it right? Bad move. Yup, especially when he becomes a mega control freak who can’t handle things unless he’s in the know every three seconds.

I’m descended from a long line of witches and I should know better. But I'm a sucker for attention.. Heck, I fucked up. This wasn’t just the result of one spell. It was lots of little spells and while I admit I should have just allowed nature to take its course; I was really into Oliver and it sucked because he wasn’t really that invested in me. I was that dumb, naive, insecure girl that thought. He’ll play it cool. It won’t take much for him to come running over when I start throwing the right spell into the mix. Erm that was one of the craziest things a girl could ever say about a man. If he wants you then he’ll chase you until it kills him not to have you. I wish I’d taken the hint with Oliver, though, because I was determined to pursue him no matter what the cost. Which was only my self esteem and confidence being filtered out of me. But I guess what’s past is past right? After that, well, I left the magic stuff alone as I’d done enough damage.

Eventually we got to this level of a relationship where things were cool, almost simmering to steamy, with enraging tension that surged out every now and again, but it wasn’t ever romantic. We’d be casual. Dating, just not so much with the actual commitment aspect. Oliver didn’t want people to know about us. There would always be some kind of excuse. Like oh, my mother would frown upon it because of this or that. He’d come up with something to avoid us going public, so we had settled for this mundane life where I’d like to have thought we were happy but really we were skeltering over the edge. I really loved him, though, so I desperately did anything I could to hold onto the hope.

The point is I didn't ask for this, but Oliver made it so that there was no other way. He had shunned me, so the only alternative was for me to skedaddle and fast. Painquel wasn't the greatest village to live in. It had its faults. But the beach was stunning when a full moon rose and night delicately covered the midnight blue skies just enough so those tiny twinkling, silvery-white stars were visible above you. The people? Oh goodness me. Terrible. They just were the most mundane morons you could ever meet. Everyone was so focused on making ends meet and the latest goings-on with the government and this and that. It was just so pitiful, you know? The way humanity desperately clung to these mediocre things that didn't even mean anything was just baffling to me. I never really understood the way they documented their lives up to the last bagel and chai latte to try and prove to the world that they were living something that was worth it.

But I was the optimistic type. The spiritual one. Devoted to all that mindfulness stuff and making a go of it. Trying to be happy. Putting all my energy into making every moment count. Otherwise, what's the point? I'd been hiding my dark secret for years. Ever since I was around twelve years old, I'd known that I was a witch. It shouldn't have been this big dramatic secret, but unfortunately, it was. Give or take around eight generations. But witchcraft was in my family on  my great-grandmother’s side  who I'd never met but I had seen pictures of Geraldine. She lived during the first World War and was formally accused of witchcraft, so when Oliver had dramatically announced my deep secret to all who would listen, needless to say, I was a little freaked out. Thankfully the days of burning witches are long behind us, but here we are.

I was  about to start my first day properly living in Gloomvale. I was lucky. I managed to find an apartment and a job in the same week. You could say that it was miraculous, but stranger things have happened. I was a newbie in a secluded town cut off from the rest of civilization, so I was extremely blessed that Bad Brews Coffee was even hiring. But the boss was in dire need of someone to bake the cakes and pour the drinks as his last barista had vanished without a trace. I haven't met Tristan Roseblood yet, but apparently, he's quite the looker. Dangerously smart too. I envision him looking major dapper in a suit, but again, I only had my imagination to create just what he might be like. I’m rather adept at baking, having had to adjust to my own gluten intolerance. And so, I often conjured up tasty sweet treats designed to bewitch the eyes and tantalize those salivating taste buds. So when I found this quaint coffee house that was strictly gluten-free, I had to chuckle because the chances were one in a million. Seriously, everything is vegan these days. It's like a plague. I know people are health conscious, but damn that's just a little extreme for my tastes.

Ten o'clock in the morning. Friday. I've downed the last of my lukewarm coffee. I've tied my deep red mahogany hair into a tight bun. Hey, it brings out the green in my eyes. I'm getting ready to walk out the door and take the ten-minute stroll to Bad Brews, where I'll finally get to meet Tristan. The walk isn't terribly unpleasant, and the sun is gently shining down, which is ironic for October, but an Indian summer is promising. Finally, I get to the bend just down the road, where the large cherry blossom tree stands just beyond Bad Brews.

I'm about to walk in through that blood-red door. This Tristan guy must have eccentric tastes. As I walk through the red door, I am surrounded by dark violet walls and bright white lights that are almost too much for me to handle.

It's like something out of a hospital room. You'd think with the boldness of the red that he'd have simmered down when it came to the lighting. I was staring over at the jet black and purple tables and chairs when suddenly I spotted him out of the corner of my eye.

He's smirking at me from behind the counter. He really was as devilish as I expected. A sharp black tailored suit jacket and trousers, probably Armani, a white shirt with the collar raised up slightly, and a dark blue tie hanging loose around his neck. His dark brown, almost black, hair is delicately tucked behind his ears as his sideburns distract me while I find my gaze locked into those bewildering dark brown eyes of his. They are like dark chocolate, but inside there's a shade of blackness within them as though he's not quite what he seems. A little bit of a dark side, but what's new? We've all got one of those. I resist the urge to say something as I don't want to speak out of turn. After all, this is my new boss, and I want this day to go off without a hitch. If such a thing is possible.

“Finally. You are here. I was starting to get worried for a moment.” Tristan scowled at me as he stood impatiently waiting for me to take the initiative. “Oh, you're not sure what you're supposed to be doing? Girl. I'll have a coffee. Three sugars. Black as my soul,” he orders as he steps back, waving his hand towards the coffee machine, indicating that I need to go over to it and get going. I reluctantly force a smile, thinking, Oh God, he's arrogant, as I plant myself in front of the machine, grabbing some coffee beans and placing them inside before I switch on that magnificent red button that's beaming at me like a beacon. 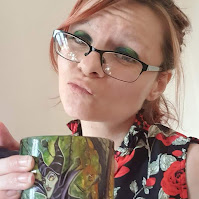 Isra is an eccentric author whose heart resides with the dark fantasy but also the paranormal genres. Cats and coffee are her main interests. She's also a pretty badass witch and often envisions new adventures involving dragons, witches, warlocks and really likes villains. 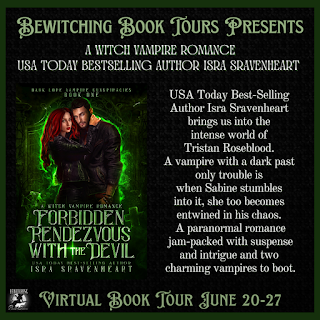