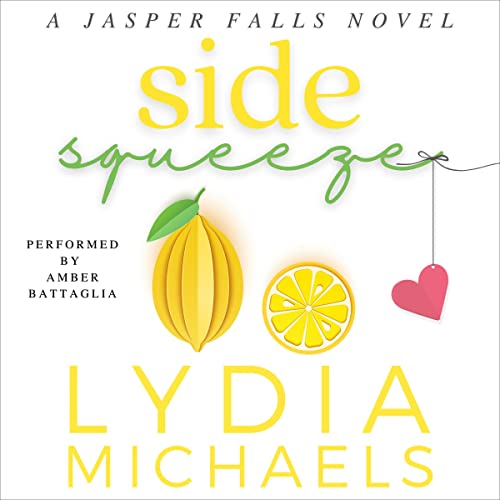 Award-winning and best-selling author, Lydia Michaels, brings all the drama of rural, small-town romance to life in a second chance story of redemption that will pull at listeners’ heartstrings.

Harrison Montgomery left Jasper Falls to escape his abusive father when he was only 17. Saving himself meant leaving those he loved behind. Harrison was Mariella Mosconi’s first love, and when he ran away without even a goodbye, he stole her heart.

Ten years later, when his father’s funeral brings him home, many unresolved emotions return. Rekindled chemistry ignites into a passionate fling when two reunited lovers collide. Despite the entwined past these childhood sweethearts share, their present lives are worlds apart. Mariella’s just a small-town girl, and Harrison has become a big-time, New York tycoon.

Could they have a future when he is still so haunted by a tragic past, or will he run again?

Momma Says: 4 stars⭐⭐⭐⭐
Lydia Michaels has a gift for creating characters who drive me crazy, make me want to strangle them, then win me over completely. Sometimes it will be one or the other in the couple, and sometimes it will be both - either way, Michaels always makes the journey worthwhile. Then, along comes Harrison, and I was getting a little worried for a bit there. I mean, Harrison has the same reasons for being closed off as his sister, Erin, does, but he nearly gave me whiplash with his back and forth. And let's face it; Mariella really needed some stability after the things she'd been through. Speaking of, that all happened in a previous book, but like the rest of the series, we're given what we need as far as information goes. That's not to say you shouldn't read the whole series because you definitely should. Jasper Falls and its inhabitants get under your skin, and it doesn't take long before you're completely invested. But I digress, so back to Harrison. Just as he waffled about commitment, I waffled about him. He'd do something that would make me want to wrap him in a big hug or ooh and aah about something sweet, then he'd make me want to kick him in the shin and point out the obvious of what's right in front of him. I suppose that's all a part of it and the sign of a good book. It may have taken me a while to decide which way I for sure wanted this one to go, but I was invested in the characters and figuring it out. I realize that I haven't really said much about Mariella, and as glad as I was to see her get her own love story, this one was all about Harrison and his emotional journey, at least for me. As mad as he made me at times, I was right there with him for the whole trip.
Amber Battaglia gives voice to the characters, and true to form, she does an excellent job with each and every one. She captures all the emotion - whether it's making me chuckle or tugging at my heartstrings, Battaglia gives a terrific performance.