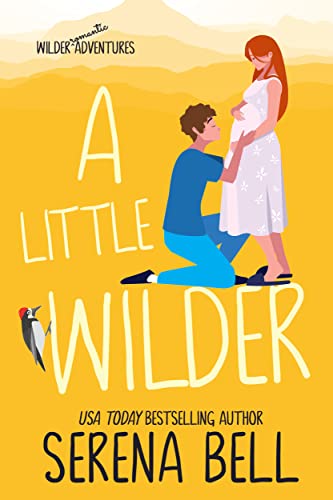 What happened in Vegas? Definitely didn’t stay in Vegas.

Don’t get me wrong. It’s not a bad job. But usually, I’m not the one people are talking about.

That’s about to change. Because the woman I had a smoking hot one-night stand with in Vegas? The one I should have stayed far, far away from, since women like her are my kryptonite?

I haven’t seen her since Vegas, but the instant I lay eyes on her, I can tell my quiet role as the boy-next-door brother is about to change.

Momma Says: 5 stars⭐⭐⭐⭐⭐
So far in this series, we've had the grump for an opposites attract romance, the redeemable bad boy for a best friend's sister romance, and the grieving widower for a fake relationship. This fourth book in the series gives us Kane, the quiet brother, the one who doesn't make waves. Now, if you've followed the series, then you'll understand why I say it's only fitting that Kane gets the accidental pregnancy from a Vegas one-night stand romance.
Kane is an absolute sweetheart, and the steps he takes to go the extra mile for Mari are about as swoony as it gets. Mari's past makes her resistant to settling down, so she and Kane both have some hurdles to jump on their way to becoming a couple, and they have to do it while preparing for a baby. Not complicated at all, right?
This is a Serena Bell romantic comedy, so it's not as angsty as it sounds. There is some, of course, but it's tempered with some well-timed wit and hilarious situations. And as much as I love the wit and humor, my favorite thing about this book is the personal growth of both Kane and Mari. The way they come out of their shells as they grow closer to each other. Then, there's the ending, which is perfect for squeezing your heart and pulling out all the oohs and aahs.
That's as far as I can go without giving away the whole story. Suffice it to say I absolutely love this couple and their journey. I also enjoyed getting to spend some time with the quirky Wilders. A visit to Rush Creek was exactly what I needed this week.