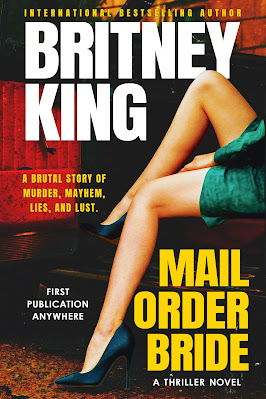 The bestselling author of the “clever spine-tingler” The Secretary returns with a vicious and suspenseful tale of love-gone-wrong.

When Joel answers an ad in the back of the Farmers’ Almanac that promises to deliver the perfect wife, he isn’t sure what to expect.

For sure, it isn’t Gina.

Gina was aware she possessed secret powers—that’s what her father called them—from a very young age. He always told her she would make a perfect bride. So that’s exactly what she became.

She knows she’s not supposed to use her “powers” for evil and destruction, but Pine Lake is a small place, and Gina has big dreams—plans, in fact. She also has charm, beauty, sex appeal, and intelligence.

Only two things stand in her way: the social norms of 1953, and her new husband, Joel.

The solution may call for desperate measures. But, then, if anyone can get away with murder, it’s Gina.

However, there’s something Gina has yet to realize. That handsome groom of hers? He’s a serial loner for a reason.

I've been reading Britney King for some time now, and I've come to the conclusion that her mind is one twisted place, and I love when she gives us a peek Mail Order Bride is the latest trip into this author's imagination and it's as intense and dark as I expected.

There's a tone to Britney King's stories, a mood kind of, that sets her apart - I'm probably explaining that badly, but that's the way her books feel to me. Regardless of the subject matter, I know I'm going to be drawn in, and there's no getting loose until the very last word. Then I have to sit with it and think about it for a while. Mail Order Bride is no different. I couldn't put it down, and it kept my mind whirling.

We get three points of view in this one, and I don't think I'm giving anything away by saying don't trust anybody and suspect everyone. That's as far as I'll go toward spoiler territory, so I'll just finish up by saying that this author has done it again. Another impossible to put down, twisty, shocking psychological thriller. 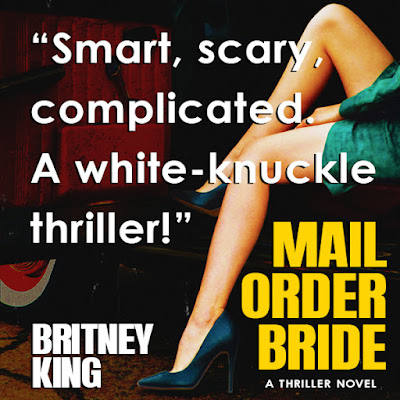 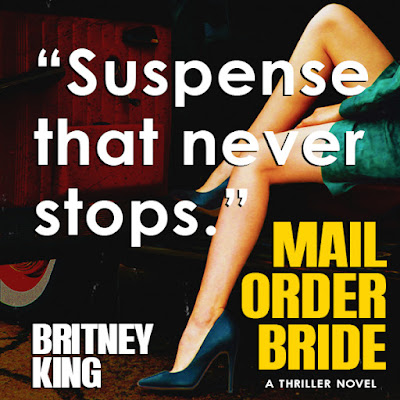 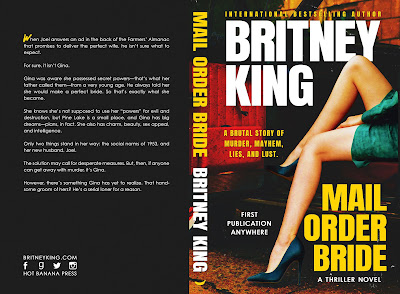 Britney King lives in Austin, Texas with her husband, children, a dog named Gatsby, one ridiculous cat, and a partridge in a peach tree.

When she's not wrangling the things mentioned above, she writes psychological, domestic and romantic thrillers set in suburbia.

Without a doubt, she thinks connecting with readers is the best part of this gig. You can find Britney online here: