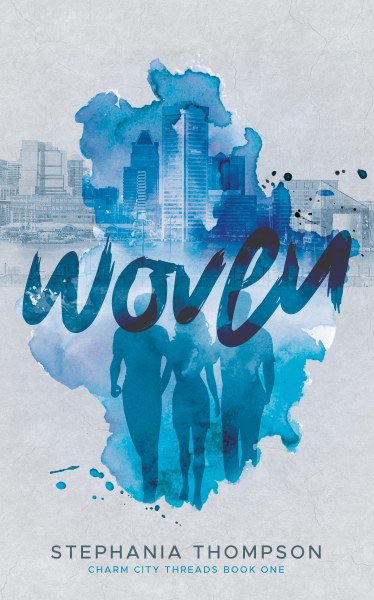 Bound by a devastating secret, childhood friends David, Josh, and Kate take on home renovation as a means of healing from a dark, shared past.
Their only promise? Friendship first—no hookups.
Only several months after moving into their Baltimore fixer, the aptly nicknamed Canton Catastrophe, walls are crumbling, sparks are flying, and promises are getting ignored.
Josh, a paramedic, is plagued with panic attacks, haunted by the past, and sharing a room with David, who he is definitely not attracted to. And then there's Kate. She's having a job crisis, popping pills, and pretending she doesn’t notice how distant the boys have grown. And David? The eternally calm, blue-eyed beauty’s health is deteriorating and he’s mysteriously blacking out.
But when they learn someone may have discovered their darkest secret and is now stalking them--and blackmailing Josh's father, a conservative media personality with secrets of his own, renovation and relationship woes take a back seat. Suddenly, their past is unraveling, and the shocking truths unearthed will have them questioning everything from family ties and friendships to love, loss, and the lengths they’re willing to go for each other.

Our bedroom wall rattles to life, and I peel one eye open.
I love how the pipes clang so loud that I don’t need an alarm in the morning, and I hate everything else about plumbing. And home improvement in general. One day I’m going to live in a pre-furnished fully decorated condo and pay exorbitant homeowner fees, so I don’t have to lift a finger.
I tunnel under the covers and indulge this fantasy while listening to Josh in the shower. It was his idea to buy this place. A project, he’d said. Something for us to work on together.
Once Josh gets an idea in his head, there’s no persuading him against it. Kate and I eventually agreed—we needed somewhere to live after all. Maybe it would be fun?
And it has been.
A disastrous, chaotic sort of fun. We’ve learned a lot about each other, which really says something because we already knew a lot about each other. Like the fact that Josh is a perfectionist, I’m a procrastinator, and Kate’s indecisive. This translates into Josh dictating everything, and Kate and I struggling to complete the few tasks he delegates.
Or, as is often the case, us hiding in the bathroom.
Not that you can hide in this house. We tried in the beginning to maintain a pretense of privacy, but then the three of us got sick from Kate’s cooking. One bathroom, paper-thin walls. Need I say more?
Anyway, Josh and I share a room for now. It’s a bit small. But that’s typical for a turn of the century Baltimore row home. Every room feels like a glorified closet. We’ve been here four months now, and there’ve been some hurdles. Remember that old Tom Hanks movie, The Money Pit? Picture that. Kate refers to our little city fixer as The Canton Catastrophe. Josh and I just call it The Shit Box.
But back to our bedroom situation. I don’t mind sharing with Josh. Over the years, he and I have spent more nights together than apart. We’re about as close as two humans can be. Which sounds like a good thing—and it is. I love Josh.
I love Kate, too.
Our situation is a little…complicated.
She tiptoes in, all stealth-like.
“Stop staring,” I say, without opening my eyes.
She slides beneath the blanket. “How do you always know?”
“Extrasensory perception,” I say, pulling her close. She’s damp from the shower and smells of Sea Island Cotton-scented body wash. We all use the same soap. Is that weird? I’m pretty sure body wash is for girls, but Josh and I are addicted to it.
I sort of love how we all smell the same.
Kate doesn’t talk for a few minutes. This has become our morning routine. She showers first, then snuggles with me. Josh used to hold that coveted position, but he got bumped—from the shower, I mean. He and I snuggle all the time.
Here’s something about Josh—he takes absurdly long showers. It doesn’t take a crime scene investigator to figure out what’s going on in there. But really, should it take that long? Kate didn’t think so. After a month of freezing-cold-post-Josh-shower taking, she put her foot down. The order now stands Kate first, then Josh, then David. I haven’t had a warm shower in months.
But it’s fine. I’ll sacrifice for them. I’d do anything for the two of them. 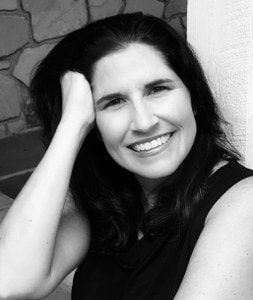 Stephania Thompson is the author of Woven (Orange Blossom Publishing 2022). As a poet and multi-genre author, her work has appeared in a variety of online publications as well as several print anthologies.

Formerly a CPA in the corporate world, Stephania now writes from the comfort of a modern day crumbling castle alongside her very own knight in shining armor. Together they have four valiant offspring, a brave aussiedoodle, and one not-so-fire-breathing dragon.

When not writing, working, or waiting in a carpool line, she can be found running local trails and escaping in a book at her favorite café, iced latte in hand. She is a sucker for quirky romance, is addicted to audiobooks, and finds herself hopelessly drawn to flawed characters, raw honesty, and life’s cringiest moments.