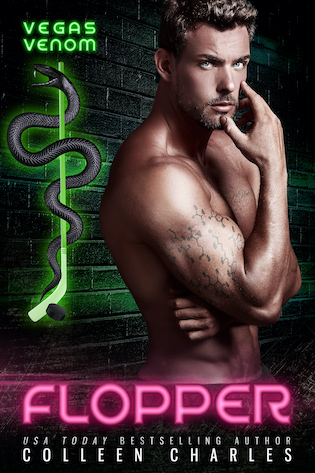 As one of the top goalies in hockey I live a sweet Vegas lifestyle: VIP treatment at all the hottest spots in town – ushered past every velvet rope – and all the puck bunnies I can handle.

Until my whole world changes when fate takes my sister, leaving her precious baby an orphan.

Even though I’m still mired down in grief, I step up and adopt my niece. After all, I already adore her.

I’ve just started to get a handle on things when the perfect woman literally falls into my lap, sending me and my newfound single dad life reeling.

She’s everything I ever wanted, but how can I offer her my heart while it’s still broken?

After our first meeting, she confesses that she needs lessons in seduction. Easy enough. We agree that once I teach her everything I know, we’ll part as friends.

But when we kiss… I see stars. I catch feelings. And after one taste of her, I’m not willing to let go.

My friends try to warn me not to get too close, but they shouldn’t worry because I won’t let myself fall all the way.

Nobody can prepare you for the moment that you learn someone you love is gone. Poof. In the blink of an eye, the air shifts and the structure of your cells change. You are no longer the person you were just one heartbeat prior. I might have known when I arrived at the hospital and it reeked of pain, suffering… and death. I might have known when a nurse ushered me to one of those small private rooms where they break the news to those numb with terror soon to become the bereaved. I might have already known when I chose to not even disconnect the call I got earlier.

But the thing is… I didn’t want to even think the thought, so I shoved that knowing aside.

As I sit in front of the doctor with my hands folded neatly in front of me, I don’t receive his words. I don’t process them either. Car crash. Freeway. We did everything we could. I stare at him, open-mouthed, not quite believing any of it.

Natalie—my only sister, my only close relative—who isn’t even thirty years old, has left this world? It’s not possible. She just became a wife. Then she became a mother. She had her whole life ahead of her.

She’s a happy, healthy, positive person who’s going places. She’s my sunshine and unicorns. She’s my soft place to fall. She’s my flesh and blood. She’s the only one who truly gets me.

“… the other driver lost control, crossed the center line and was also killed. Since your sister was behind the wheel, and your brother-in-law was in the front seat, at the speeds they were traveling, there was nothing anyone could have done. I’m terribly sorry for your loss, Mr. Abbott.”

Nothing anyone could have done? Lost control of the car? Who the fuck does that? Some damn teenager, that’s who. I can see his cocky ass in my mind’s eye texting and drinking and vaping and every other thing hoodlums are doing these days while they’re not paying attention to the road. Allowing myself to slide into a pit of rage for a split second, I suppress a shiver. But blaming some nameless, faceless villain isn’t going to bring Nat and Steve back.

The man’s mouth opens, but for the first time since my arrival, he’s the one grasping for words. “I… don’t believe that’s wise. Her body sustained major trauma, so we don’t need you to identify it.”

Body. Like my sister is… was fucking leftovers. Like she’s disposable packaging that doesn’t matter anymore now that she’s…

Not only can I not say the word, I can’t even think it.

“Christ.” I press my hand over my eyes, glad that I have it in me to cry, because what I really want to do is pick this doctor up along with his fake empathy and his perfectly embroidered white coat and rattle his teeth until he takes back the horrible things he said and return my sister to me and not just her motherfucking body.

On the other side of the too-thin wall, a woman begins to sob. I stare at the perfectly neutral wallpaper as if my laser gaze can bore right through it. They’re on the other side. The other family.

And even though I know they lost someone too, I can’t even muster up a sliver of empathy for their loss.

Because mine is bigger. Mine is everything. Then again, maybe not everything. My mind clears and focuses enough to ask, “What about Vivian? Was she in the car? Did she die too?”

“She was in the back strapped into her car seat.”

“Jesus Christ…” I can’t take this and my knees start to shake. If I wasn’t sitting down, I’d fall down. All three of them, gone, just like that. I’m alone. Couldn’t the ‘other driver’ have picked a more private place to lose control?

The doctor searches my face. “She experienced some bruising from the belt of the car seat, but she seems alright otherwise.”

“It’s the closest thing I’ve ever seen to a miracle,” the doctor says, nodding. “We’re going to keep her for overnight observation, but she should be able to go home with you tomorrow. I thought you might want to spend the night here… with her.”

My stomach lurches, and I drop my forehead into my sweaty palms. “Viv’s alive,” I repeat the words like a mantra. 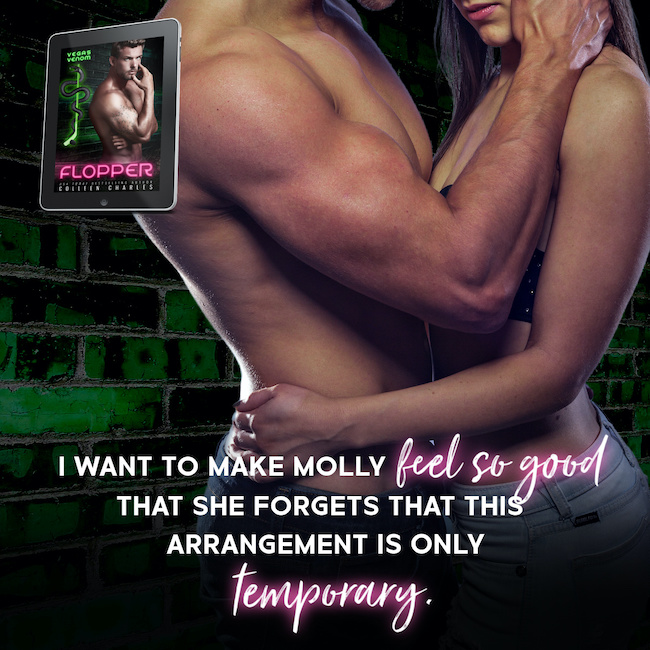 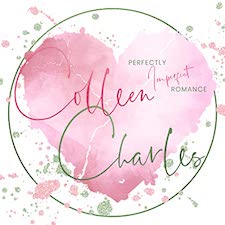 “People are like stained-glass windows. They sparkle and shine when the sun is out, but when the darkness sets in, their true beauty is revealed only if there is a light from within.”

Are you willing to discover the beauty within the flaws?

Then this is your tribe.

These are your books.

Take a chance and join her… you won’t be sorry you did.

Colleen loves to hear from her readers, and she answers all communications personally. You can find her at:

Book Blast: Blood of the Hunted by Marc Micciola

This post is part of a virtual book tour organized by Goddess Fish Promotions . Marc Micciola will be awarding a $25 Amazon or B/N GC to a ...