Lionel and Lucifer are drawn deeper into a murder case, but they are set on solving it together.

Just when Lionel’s love life has gone back to normal -- normal meaning the kinky Devil making his ownership known -- Lionel’s murder case gets stranger. Lionel’s birth father seems to have his hands in the mystery, and Lionel finds himself in the sights of Eris, goddess of discord.

Lucifer used to be a prime example of a powerful underworld deity with all the knowledge and skill to take care of a lover in the bedroom. But that was before Lucifer fell properly in love and won over his necromantic boyfriend, who also happens to be a demigod. Lionel’s innate magic, magical skill, and stubborn nature make it exceedingly difficult for Lucifer to be the alpha god he wants to be for Lionel.

Lucifer is set on finding a way to provide for the man he loves and to fulfill Lionel’s every desire. But before he can focus entirely on his necromancer, the two of them must solve the case, prevent primordial deities from being raised and destroying the world, and learn to communicate better. It’s what relationships and crime solving are all about.

The Devil’s body in front of mine, protecting me from a threat I didn’t quite understand, that was a new and uncomfortable feeling, and something I didn’t really care for. I tried getting a decent look at the deity that had teleported into Lucifer’s doorless office, but the Devil his own damn self kept pushing me back. It was so annoying when he was trying to be an alpha god.

“Will you cut it out, Beelzebug?” I grumbled, and Trony, in her pink tartan skirt and with her sword in hand, gave me an admiring look.

Nyx, the deity that had Lucifer so riled, chuckled and turned their milky, unseeing eyes on me. “You are a fierce one. Tiamat has said as much.”

And speak of the dragon mother, she appeared in the office as well, which was fine, apart from the fact that she wasn’t wearing any clothes. Awesome.

“What is going on here? Nyx, do you have to scare the children?” the dragon mother said and crossed her arms under her breasts. Not that I was paying any attention to her breasts, but it was sort of hard not to notice they existed. Why did all gods have trouble with clothing? Buttons and zippers really weren’t all that bad.

“Children?” Lucifer said and straightened before pulling me to his side and circling my waist with his arm in a proud <em>look, this is my boyfriend</em> kind of way. Apparently in his mind, the presence of the dragon mother lessened the threat level in his office.

“No one in this room was scared,” Metatron said and flashed her sword.

The sightless god turned to face me. “Eager as any human, aren’t you?” They smiled. “Or as the Devil dispensing deals.”

Tiamat clapped her hands. “If you have something to say about Eris, I am interested. I don’t appreciate her harassing poor, lovesick humans around the corner, but I think we can talk while also eating, can’t we?”

Metatron nodded. “I second that. The necromancer has been turning his nose up at my food since his return from Scotland, and he looks worse for wear.”

“Humans are quite frail and need regular nourishment, even those who are only partially so,” Nyx said, and they and the dragon mother nodded knowingly.

Lucifer glowered at the other god. “I know best what my boyfriend needs,” he said, but I could tell I was in for eating my breakfast out of the Devil’s hands while sitting in his lap.

Lucifer was indeed behaving like a total alpha god, and it reminded me that I should call Persephone and give her an update, but that would mean looking at my phone and seeing whatever social media was now making of the sharkomancer incident. Maybe I should still tell her about the minotaur… but what would I even tell her about that? It was confusing, the way I felt or should feel about Minos, and I was actually glad to be dealing with something else right about now.

The dragon mother, Nyx, and Lucifer and I teleported to the already set dining room table, and I tried to grab a chair, but Lucifer wouldn’t let me go. He pulled me close and tilted my chin up.

“How about I take you to Sephy’s and Hades’ place? It’s almost the weekend anyway, and you trained Marc Deacon well. I am sure he can handle things here while you relax a little,” Lucifer said. He was doing his best at looking charming, dashing, someone you didn’t want to say no to. His kitty-cat hair was catching the light just so.

In one word, he was a transparent, overprotective alpha god, and he was trying to lull me into damseling myself, or whatever you’d call it. “You are not benching me,” I said. “I will raise the minotaur, even if it’s --” If it was what? A way for me to get back at him? To make sure he was very and truly dead? I shook my head. “I’ll raise him. I can do my fucking job, whether you believe that or not, Beelzebug.”

Lucifer’s face soured, but then he kissed my forehead. “I know you can, my love, but you don’t have to.”

“What are you saying about raising the minotaur?” Tiamat said. She had put on a bathrobe, just a thin one that hugged her every curve and still revealed a lot, but it was better than nothing. Which was the alternative.

Lucifer hugged me close. “He was apparently murdered in his cell at the human prison not too long ago. Christine just called with the news.”

“The minotaur,” Nyx said, and I wiggled out of Lucifer’s hold and even managed to sit in my own chair instead of the Devil’s lap. My goals had shifted over the past few months, and today, this was an achievement, and I knew it. “He was a powerful human sorcerer,” the blind god went on. They used their cane to find a chair opposite the dragon mother. Lucifer moved his chair at the head of the table to the left, toward my own, until he was sitting right next to me.

“You knew him?” I asked. “How did you know the minotaur?” 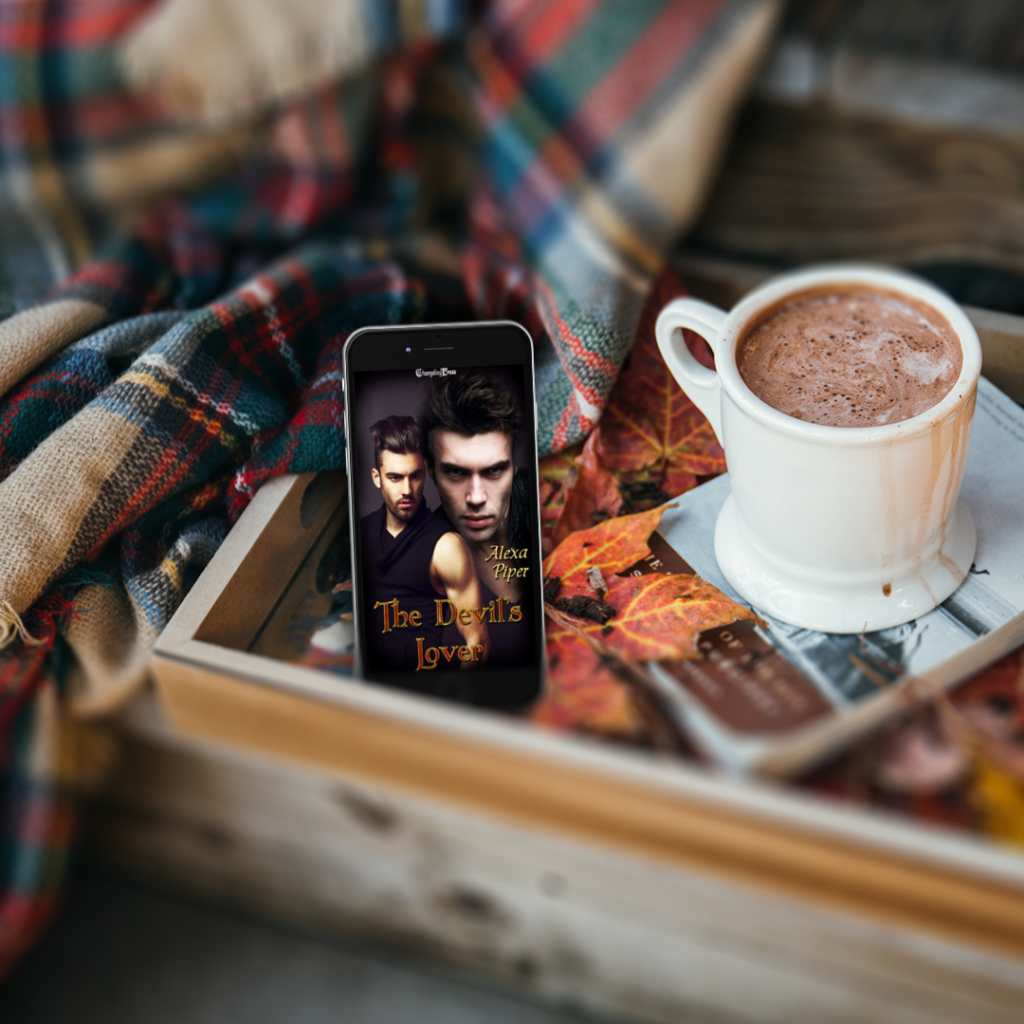