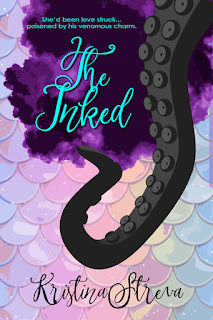 The Inked
The Inked Series
Book One
Kristina Streva
Genre: Young Adult Fantasy
Publisher: The Wild Rose Press
Date of Publication: 2022
ISBN: 978-1-5092-4381-5
Number of pages: 306
Word Count: 75,290
Cover Artist: Diana Carlile
Tagline: She’d been love struck… poisoned by his venomous charm.
Book Description:
Yuri and her sisters, Britt and Tanis, were born with eight long tentacles instead of beautifully jeweled and sequined fishtails. Banned from Atlantis because of their deformity, they live hidden away and are forbidden from entering Merfolk territory.
Britt unknowingly crosses over the ocean's divide and leads her sisters into a sea of trouble. A flesh-hungry beast is hunting them while something much more foreboding is hunting the beast-Kaleb and Neo, the Princes of Atlantis, who are competing for the throne. Whoever kills the beast first becomes the rightful heir, but fate holds other plans.
Can the three sisters survive a torrent of danger, desire, and deceit?
Amazon     BN     BAM     Wal-Mart

Kaleb, the son of King Oasis, sat on his red and gold chariot. Large black seahorses adorned with golden paint pulled it forward as his army followed behind, saddled on their seahorse steeds. With each command from the King’s son, they drummed their fists on their armor made from reinforced turtle shells, all stunningly painted and garnished in sequins and gold.

A few days ago, King Oasis had proudly declared that there would be a competition between him and his twin brother, Neo. A beast had been terrorizing Atlantis, and whoever brought him the head of this creature would take the throne and the enormous bounty that came with it.

“Forward! We can’t afford to lose the trail of this beast!” Kaleb shouted as he lifted a long golden horn to his lips and blew.

His army moved forward in unison. He trailed behind them in his chariot, gripping his long-pronged golden trident in one hand and horn in the other. Kaleb was on the hunt, much like the monster who had hunted the occupants of Atlantis. Just last week, two more children had gone missing, and now that his troop had moved forward, he could search the area for survivors.

His eyes carefully scanned side to side, above, and then finally to the bottom of the seabed. To his left, he spotted a damaged boat flipped upside down with a large, jagged hole in one side. He tightened his grip on the trident, swimming down toward the dilapidated rowboat. Silver strands of hair stuck out of the damage in the boat’s side, looking like kelp waving in the current.

“Hello?” His body crept forward hesitantly as he cleared his throat. “By order of the King Oasis, reveal yourself!” Kaleb’s voice bellowed through the water.

The rowboat stirred as the head of a young girl tentatively made its way out of the hole. Her pale body followed, embellished in a purple laced corset that ended where her long black tentacles protruded.

Kaleb’s mouth dropped open. Now, Yuri swayed before him. His wide eyes traced her body up and down.

“Do you mean to harm me?” Yuri asked, cutting through the silence, her tone sharp as a blade.

Kaleb’s mouth curved into an amused smile. She’s bold. He had not seen her kind very often—they stayed hidden. This was new to him.

It was for a fair reason they hid away since his people hated hers, after all. Despised them with great passion. He ran his hands through his light-brown hair and then down to his chiseled jawline.

What if my father had found her? He shook his head, refocusing mossy green eyes on Yuri as he studied her.

Her hair was beautiful, and much like that of the mermaids he had grown up with, it was long and flowed behind her in the water as she moved. Yuri’s eyes met his, and he held her gaze, staring at the stunning icy-blue that looked back at him. He traced her pale complexion from her face down to her skinny arms, now held bent and stiff against her hips.

“Do you not know who I am?” He wore a cocky smile that hollowed into dimples at his cheeks.

Yuri’s brows furrowed. Her sharp glare stabbed at his ego, causing his dimpled smirk to retreat from his face like a wounded soldier. “Honestly, I don’t care who you are. Answer the question.

Are your intentions to harm me?” Her eyes darted to his pronged trident.

Kaleb’s grip loosened on his weapon as he stooped toward the seabed, his eyes remaining focused on Yuri’s icy-blue scowl. He opened his palms, letting the trident roll out of his hands and onto the sandy seafloor.

Inching back, he straightened his arms, outstretching his hands high over his head. “No, I don’t wish to harm you. Do you wish to harm me?” He wiggled the fingers of his empty hands.

Yuri crossed her arms over her puffed-out chest.

“That entirely depends on you,” she sneered. Her nostrils flared.

The once-retreated smirk returned to Kaleb’s face. How could such a small and petite girl have so much attitude? This girl is feisty! As his heavy trident sank deeper into the ocean floor, he lowered his hands and tapped awkwardly at his sides. His armor clung to his broad, muscular chest as he gestured in a proper bow. I might as well introduce myself properly.

“I’m Kaleb. My father is King Oasis of Atlantis. My troops and I came out here to hunt the beast that terrorizes these waters.” Kaleb paused for a response that didn’t come. He waited.

His stomach knotted at Yuri’s silence. It twisted like the ends of a fishing net. Her deep-blue eyes stared off to the rowboat in which she had emerged. “And you are…” 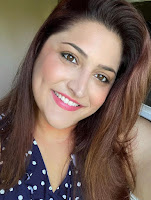 About the Author:
Kristina Streva grew up in Rockland County, New York. As a chronic daydreamer, she took up writing as a hobby and soon realized the magic in creating fantastical worlds. She loves museums, thrifting, movies, art, crafting, reading, and all things creative.
https://www.tiktok.com/@author.kstreva
https://www.instagram.com/author.kstreva/
https://www.goodreads.com/author/show/22510176.Kristina_Streva 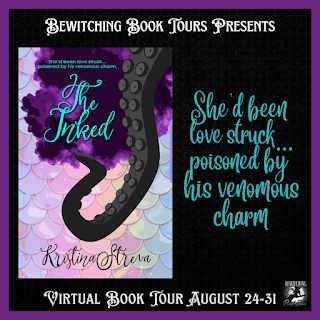