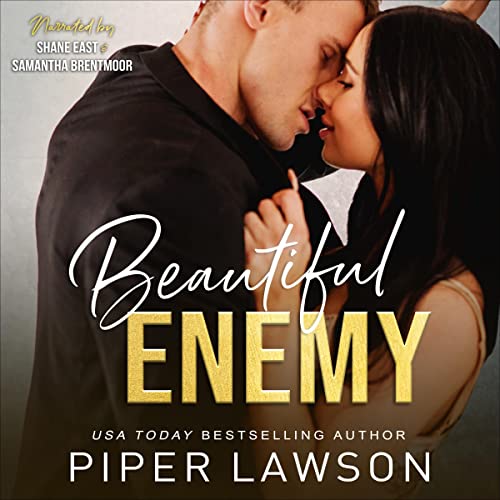 I had a plan: Sign a contract, and board a plane to Ibiza. The anonymous deal would salvage the smoldering wreckage of my life.

It would not involve billionaire Harrison King, the reason I need saving in the first place.

He’s as beautiful as he is cruel. A British business titan who makes a living getting what he wants.

The man flies private. Dates supermodels. But the crisp accent and cocky smirk don’t fool me. He’s a gentleman on the outside, a savage beneath. Dangerous, rough, and brutal.

Because after my attempt to publicly stand up for those who needed it....

He destroyed my reputation.

Now, he’s come for the rest of me.

Except it’s not salvation he’s promising. It’s nights in Ibiza, under his roof, rules, his control.

I can’t back out. No matter what he has in store for me.

But kings keep secrets, too.

Momma Says: 4 stars⭐⭐⭐⭐
When it comes to cliffhangers, I'm batting a thousand this week. So far, Piper Lawson has made the biggest impact with the last few lines of Beautiful Enemy. I'll admit that I was just listening away, enjoying Samantha Brentmoor's and Shane East's stellar narration, as well as the push and pull between Harrison and Rae. I got wrapped up in the story and didn't realize how close it was to the end, so I ended up thinking there was a problem with playback. There wasn't an issue with the playback. The issue was me being so caught up in these characters and being left hanging! I'm fairly new to Piper Lawson, but I'm quickly learning how talented she is and how quickly one can fall into her stories. I'm invested here. Harrison and Rae sometimes seem like an unlikely pair, but once you scratch the surface, it's not so hard to understand what draws them to each other. I also enjoyed the premise of this one. There are a couple of different things going on for both characters, and it's all intriguing. It's all the kind of stuff that makes me want answers. I hesitate to call this a series. I think I saw it called a trilogy. Either way, it has the feel of a saga. All I know for sure is I need more of Harrison and Rae.